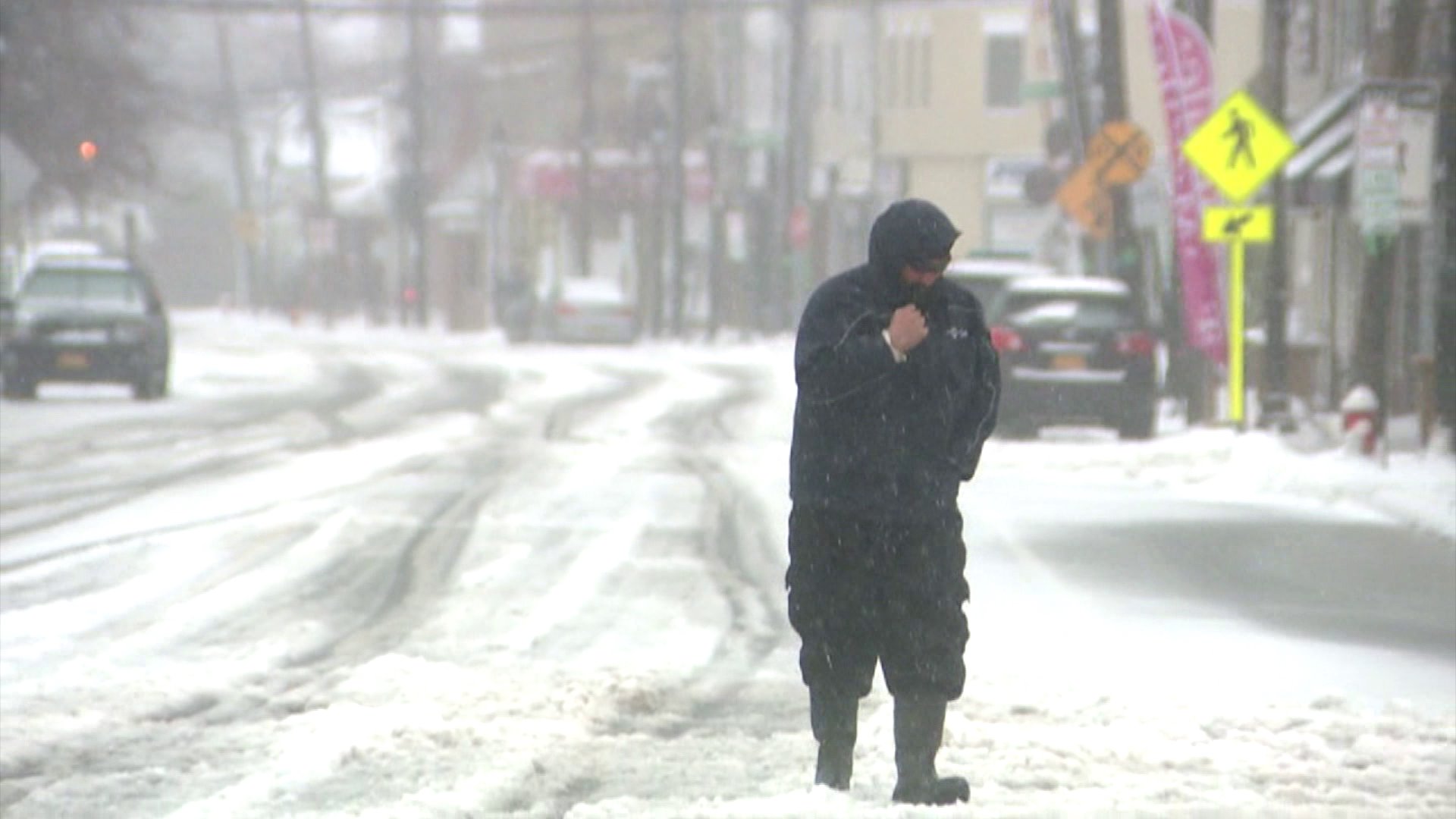 But they didn`t change their forecasts because they said they didn`t want to confuse the public.

NEW YORK — In about half of the tri-state region, the snowfall on Tuesday ended up not being nearly as deep as the National Weather Service had forecasted.

The agency now admits that it intentionally did not revise its snowfall prediction level down due to what it described as an intention to err on the side of caution.

That raises the question of the effect that can have on the public's confidence in the accuracy of forecasts, especially since it appears that cold, wintry weather seems likely to remain in our area for the foreseeable future.

On the day after the storm, it was obvious that there had been deep snowfall in New York City, but the seven inches or so in the city was well short of the 18 to 24 inches that had been forecasted by the National Weather Service, or NWS.

"Out of extreme caution" its chief forecaster Greg Carbin told the Associated Press, "we decided to stick with higher amounts."

It was a decision that attracted criticism from many New Yorkers, like Everton Parchment.

Agreeing with Parchment was the New York Post, which made the issue its cover story, with the headline "Flake News."

However, there are plenty of New Yorkers who don't agree with the Post, at least on this subject.

"I think they did the right thing," said Kelsey Silver, "because otherwise, people don't take it seriously."

Carston Otto, another city resident, agreed, saying that a higher snowfall prediction made conditions more favorable for the city to clear the streets of snow, and reducing vehicle collisions and other hazards. "It's just easier for them," Otto said. Plus, he added, "I got the day off yesterday."

Clare-Marie Panno, who lives in Westchester County and works in the city, emphasized how the NWS forecast helped communities north and west of New York prepare for deep snow. "If everybody had gone on the roads," she said, "there would have been all kinds of accidents. It was really bad where I live."

Her assessment is in keeping with that of the National Weather Service, as a long-range weather forecaster, Michael Schlacter, founder of Weather 2000, pointed out.

"The domain of the New York City National Weather Service office extends from Montauk Point in the east to Middletown in Orange County," Schlacter said. He said that was a snowfall on Tuesday ranging from "one inch [at Montauk Point] to two feet up there [in Middletown].

"So if this storm takes a little bit of a wobble.," Schlacter continued, a difference of a few miles altered the forecast. "Overall, I think they did a pretty good job in terms of preparation."