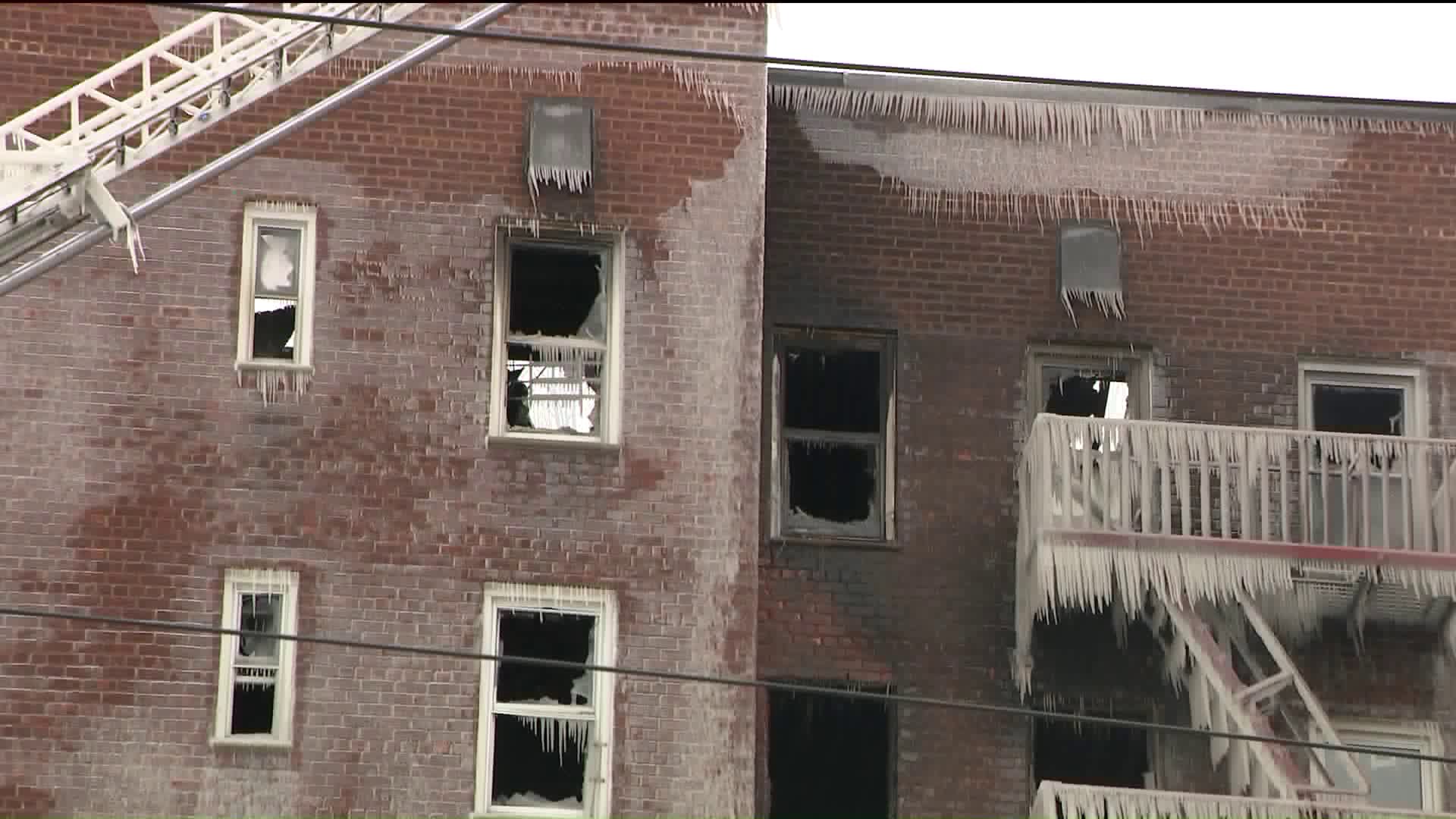 Water sprayed onto the building quickly turned to ice.

YONKERS, N.Y. — At least one person is dead and approximately 100 residents have been evacuated after flames broke out at a Yonkers apartment building, officials said.

The fire began about 4 a.m. at 1 Hawley Terrace. When firefighters arrived, flames were shooting out of windows on the fifth floor of the seven-story residence.

Firefighters faced additional challenges to battling the blaze after Tuesday's snowstorm. First responders had to dig out fire hydrants for their hoses and water sprayed on the buildings froze almost instantly. Icicles hung from fire escapes.

At least one person died on the fifth floor of the building, according to the Yonkers fire chief. The deceased has not been identified.

The Red Cross has set up a staging area at the local Police Athletic League building.

Good morning and yes this my Building I was lucky that I woke up when I did unfortunately not everyone made it R.I.P