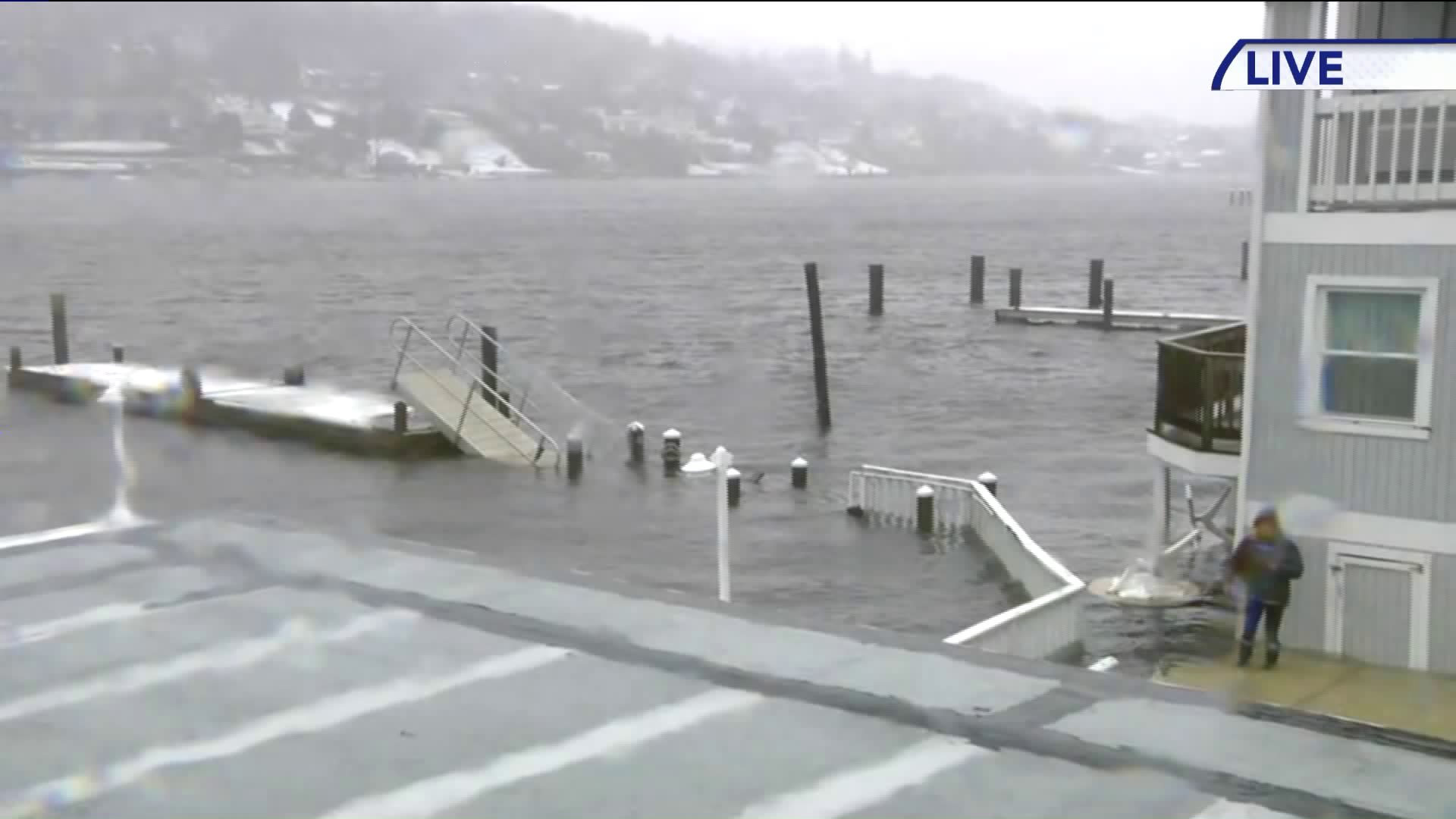 At least two feet of water covered a parking lot next to the river. 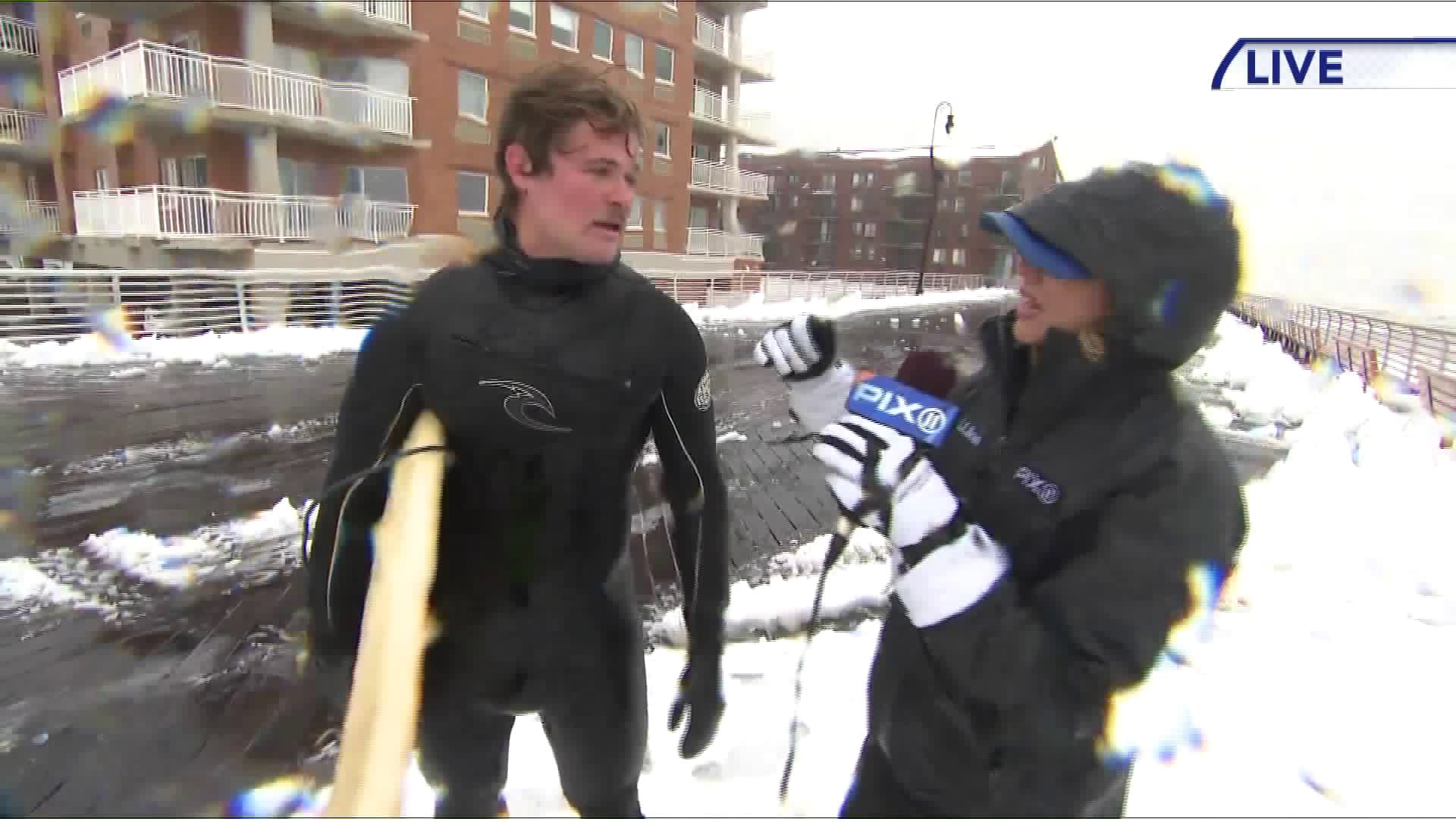 NEW YORK — Snow was the main concern during Tuesday’s storm, but much of the tri-state also experienced high tides and flooding — prompting rescue efforts in New Jersey, and one man to try surfing for the very first time.

A flood advisory was issued for portions of Queens, southern Nassau County and western Suffolk County, according to the National Weather Service. It expires at 1:15 p.m.

In Sea Bright, N.J., the Shrewsbury River overflowed, submerging docks and flooding a hotel parking lot with some 2 feet of water.

The water began to recede before 1 p.m., but only after making mess along the Jersey shore.

Minor to moderate coastal flooding remains a threat as rain continues to fall and snow melts.

In Long Beach, which saw 3 to 4 inches of snow by noon, along with ice and slush, PIX11 caught up with a man attempting to surf for the first time ever.

“It’s a little bit sloppy,” he said of the waves, noting he had never gone out before. “I think I’ll try surfing again … this is like, my first time surfing.”

Waves in the area are expected to reach 6 to 10 feet, according to the weather service.

While some people were spotted taking risks Tuesday, the Atlantic City Fire Department in New Jersey urged motorists to not drive through standing water.

Multiple “high-water rescues” were underway around 11 a.m., the Fire Department tweeted . Additional details were not provided.