Nor’easter 2017 timeline: What to expect 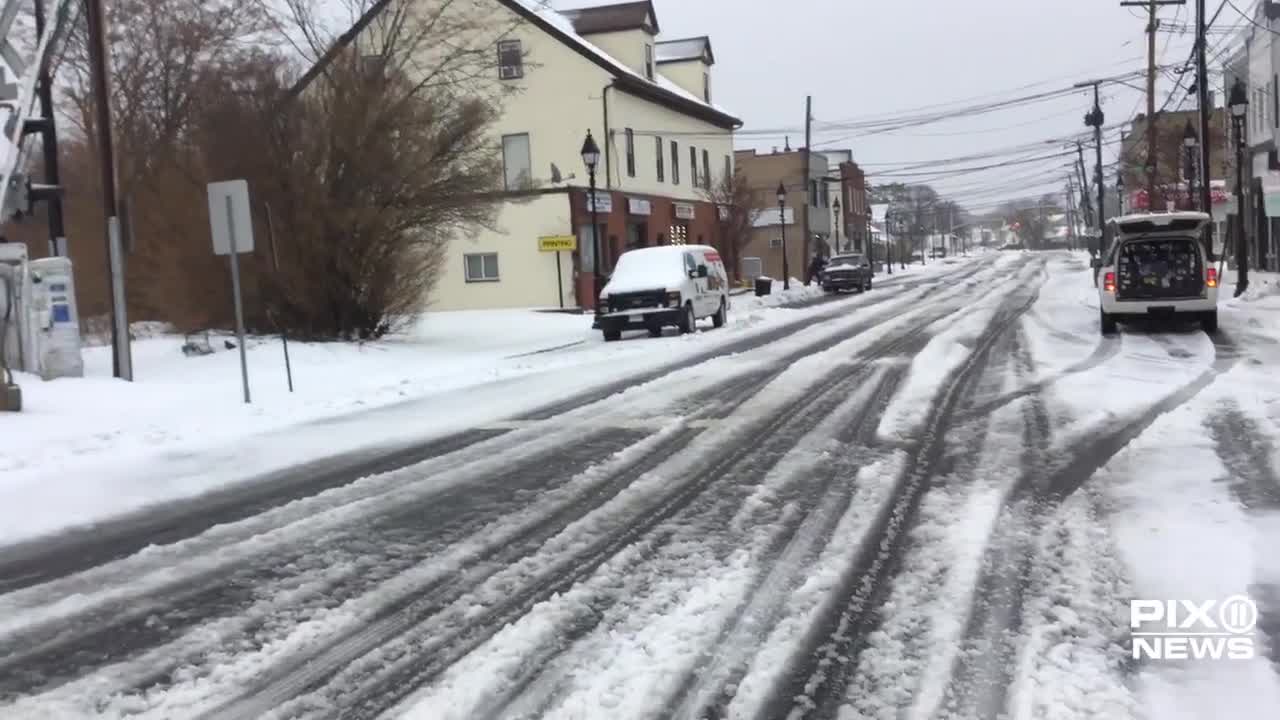 Stay indoors! Conditions are simply ugly all around on Long Island. This shows you just how bad. 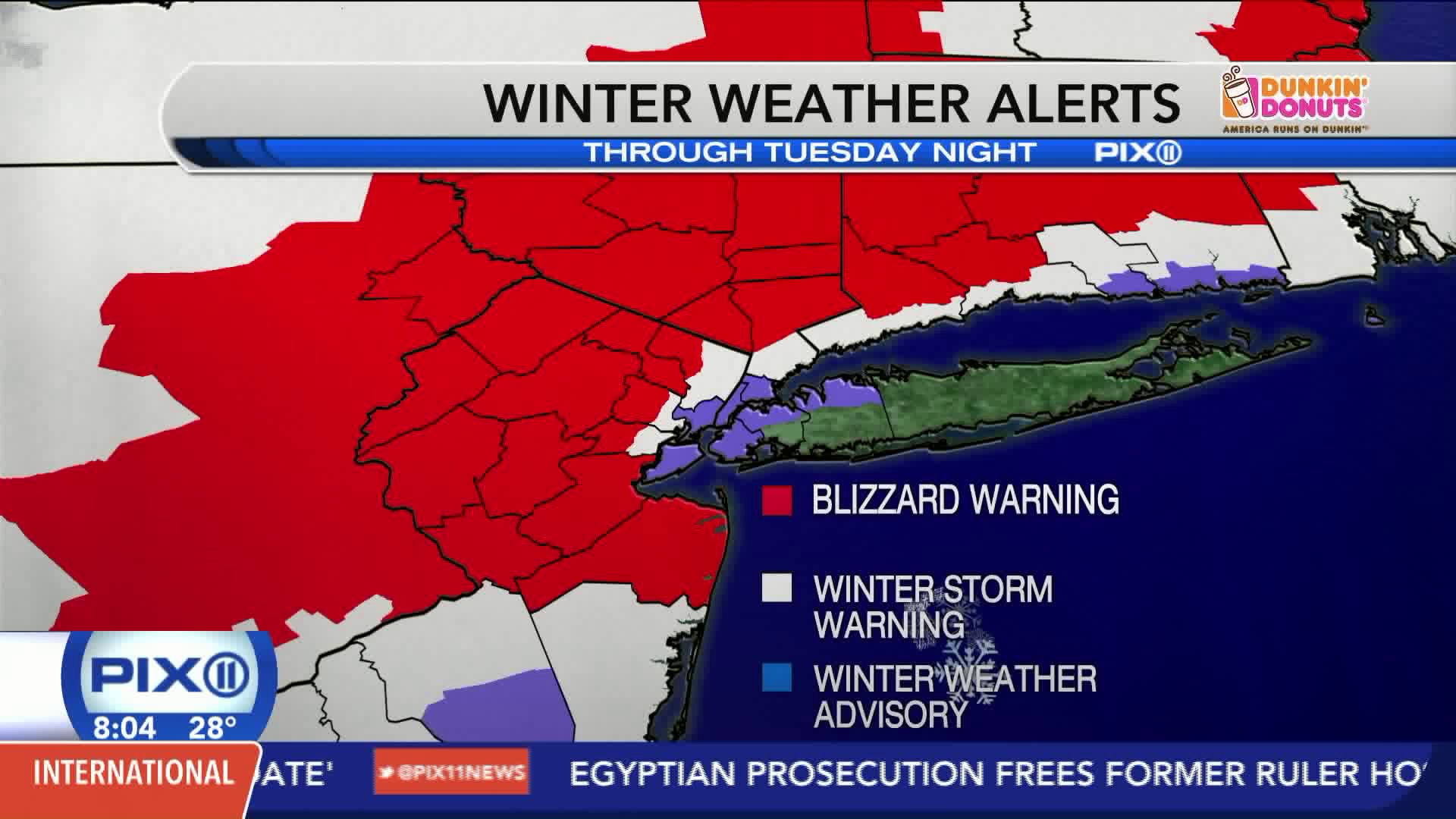 NEW YORK – The nor'easter that was supposed to bring blizzard conditions to most of the tri-state area has softened its punch, lowering the expected snow accumulations and overall impact.

Here's a breakdown of what you'll see as the storm arrives.

A blizzard warning goes in to effect for New York City, Nassau and western Suffolk counties in Long Island, northern New Jersey, the Hudson Valley and Connecticut. A winter storm warning remains in effect through Tuesday evening for the remainder of the tri-state area. Snow begins to fall and overspread the tri-state area until the morning rush-hour.

NJ Transit bus and Access link service stops running at 12:01 a.m. and remain suspended for the rest of the day, according to NJ Transit. Service on elevated subway lines will at end at 4 a.m., according to Gov. Cuomo.

The heaviest snowfall will occur during this time for New York City, Long Island and northern New Jersey. At some points during this period, snow could fall at a rate of 2 to 4 inches per hour.

A coastal flood warning is in effect for Tuesday for Long Island and the Jersey Shore.  Tides will be 2 to 3 feet above normal for the morning high tide cycle which will be from 9 a.m. to 1 p.m. depending on locations.

The snow will mix with sleet and rain over eastern Long Island, central and southern New Jersey during the late morning and afternoon. Precipitation will remain all snow in the Hudson Valley, Connecticut and northwestern NJ.

The nor'easter will taper off, starting with central New Jersey and Long Island, then New York City before finishing off in Connecticut.

By the end of it all, New York City, northeastern New Jersey, western Long Island and coastal Connecticut will see between 6 and 10 inches.

Northwestern New Jersey and the Hudson Valley will still get the worst of it, possibly two feet total. Ten to 18 inches for Westchester County and interior New Jersey. Three to six inches for central and eastern Long Island and southern New Jersey.