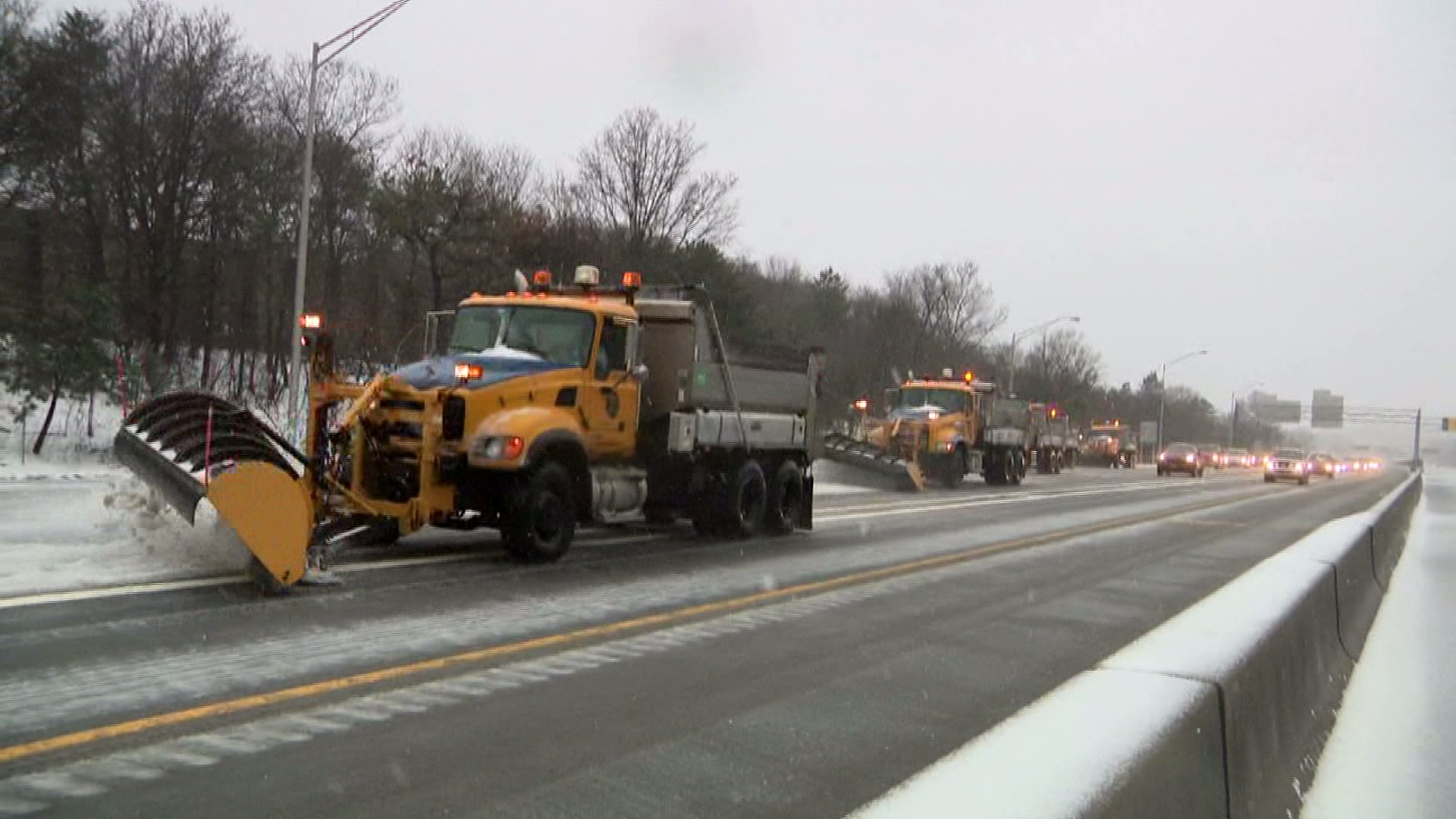 Residential streets in particular have been difficult, since they`ve been plowed far less frequently during this winter weather event.

BETHPAGE, N.Y. — The challenge on Long Island overnight Tuesday into Wednesday morning remains getting the layers of sleet, freezing rain, snow and ice that built up from early morning Tuesday through late afternoon, off the roadways.

Residential streets in particular have been difficult, since they've been plowed far less frequently during this winter weather event.

The multi-layered covering of precipitation was a tough lift, literally. "When [snow] is dry, it's light," said Juan Velasquez, a maintenance worker. "This is wet. It's heavy," he said, as he cleared a sidewalk of a thick, wet, white blanket of wintry mix precipitation, with a snowblower.

That mantle of wetness froze on roadways, making hard work for people for whom snow removal is their main concern.

"Changing from snow to sleet" and freezing rain, said Suffolk County Executive Steven Bellone, makes driving dangerous. "We've been out on the roads," he said at a mid-morning news conference on Tuesday, and described the visible blacktop as "deceptive."

His counterpart to the west, Nassau County Executive Ed Mangano, elaborated at a news conference of his own. "In a lot of respects," he said of the roadways covered in a wet, transparent layer, "this is more dangerous than snow. Here, it's getting masked."

The executives said that between their two counties, there were some three dozen car crashes, breakdowns, or other automotive problems where drivers needed aid. The worst involved an overturned car, but none had serious injuries, according to Mangano.

Another challenge during the day on Tuesday that will persist into Wednesday morning is wind. On Main Street in Bethpage, a block from the LIRR station, a 25-foot-long railroad crossing arm got blown into high power lines while it was in the up position. PSEG and the MTA worked the scene after PIX11 News made them aware of it.

Sustained wind speeds of up to 45 miles per hour, in addition to the other hazards, made driving a hazard for anyone, which is why New York's governor had advised only essential employees take to the roads.

Jovan Velasquez is one of them. He's a corrections officer. "We're always open," he told PIX11 News. He described the roads as "very slippery."

On Wednesday, he'll be joined on the roads by most drivers going about their regular routine, after a day off. Schools and businesses will be back to a regular schedule.

The key is caution. Overnight, the wet roads that were already slick will become more so as the temperature drops. Municipalities throughout the tri-state are plowing and salting roads, but the critical element for safety will be a slow, careful drive.