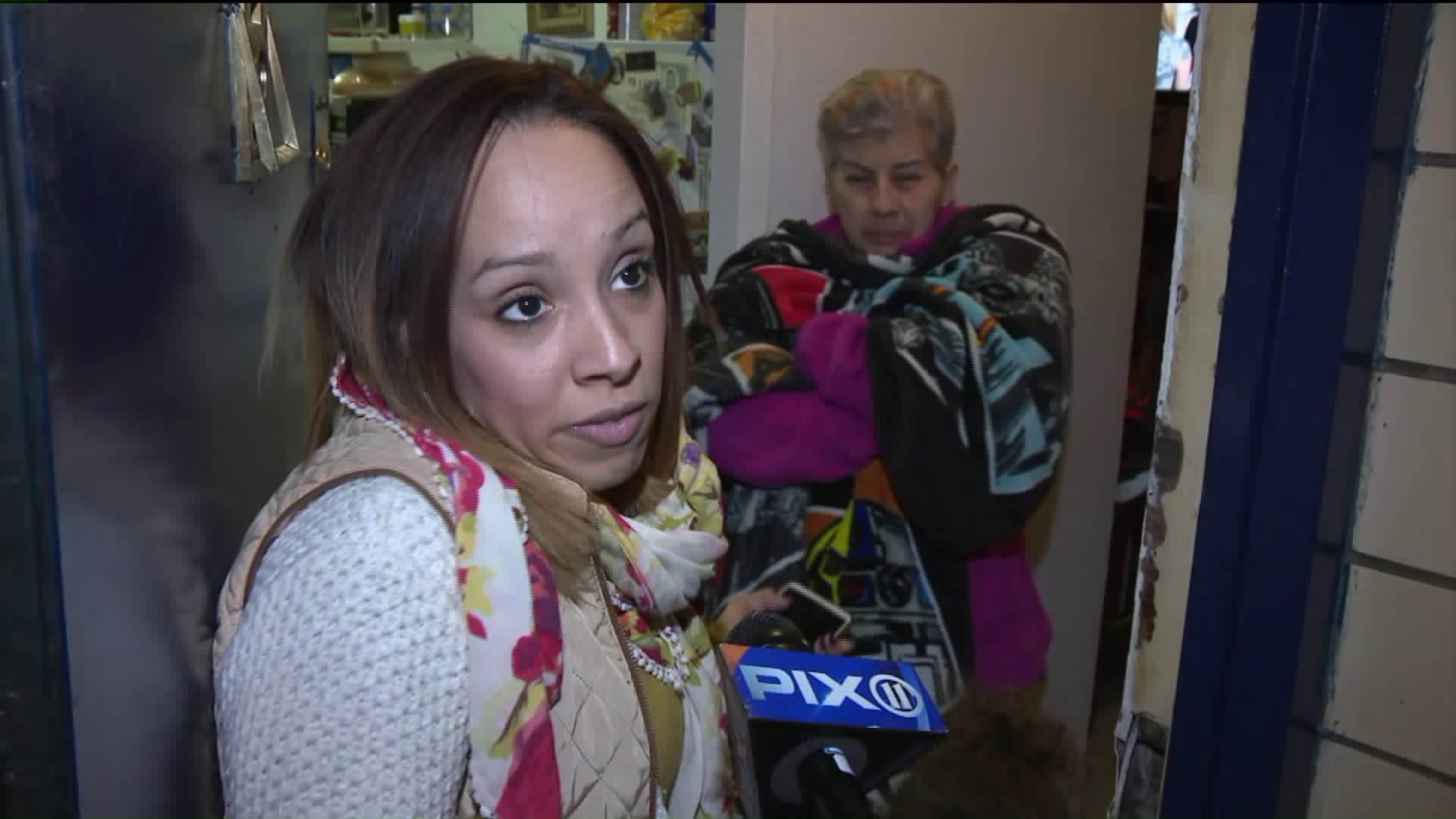 Residents of the Wagner Houses in East Harlem says they`ve had to huddle under a mass of blankets because of the frigid conditions inside.

EAST HARLEM, Manhattan — Inside Jessica Gonzalez's apartment at the Wagner Houses, her mother-in-law is shivering, huddled under a mass of blankets.

It's been that way for days after boiler problems created frigid conditions inside their building.

"This is unbelievable. We're living like we're living outside," Gonzalez said.

Among the tools Gonzalez is using to keep her family warm: her stove, an electrical fireplace and several heaters.

"If by tomorrow we have no heat, I'm going to stop paying for rent," Gonzales said.

The apartment is situated near the East River. The National Weather Service said that area was gripped by a frigid wind chill of 19 degrees Sunday afternoon, while the sun was still up.

And it's only going to get cold as a massive snow storm looms, which is why PIX11 viewer Nefratiti asked us to get answers.

She said her apartment is an "ice box" and has to take care of her mother who has cancer, diabetes and congenital heart failure. They're using the stove to keep warm.

Residents in the building are resorting to space heaters because they've reached out to NYCHA, submitting work tickets and receiving no response.

"I have heaters in every one of my rooms," one resident told PIX11. "A portable heater, which is also a fire hazard."

A spokesperson with NYCHA told PIX11 a representative would check in on the heating problems Sunday night.