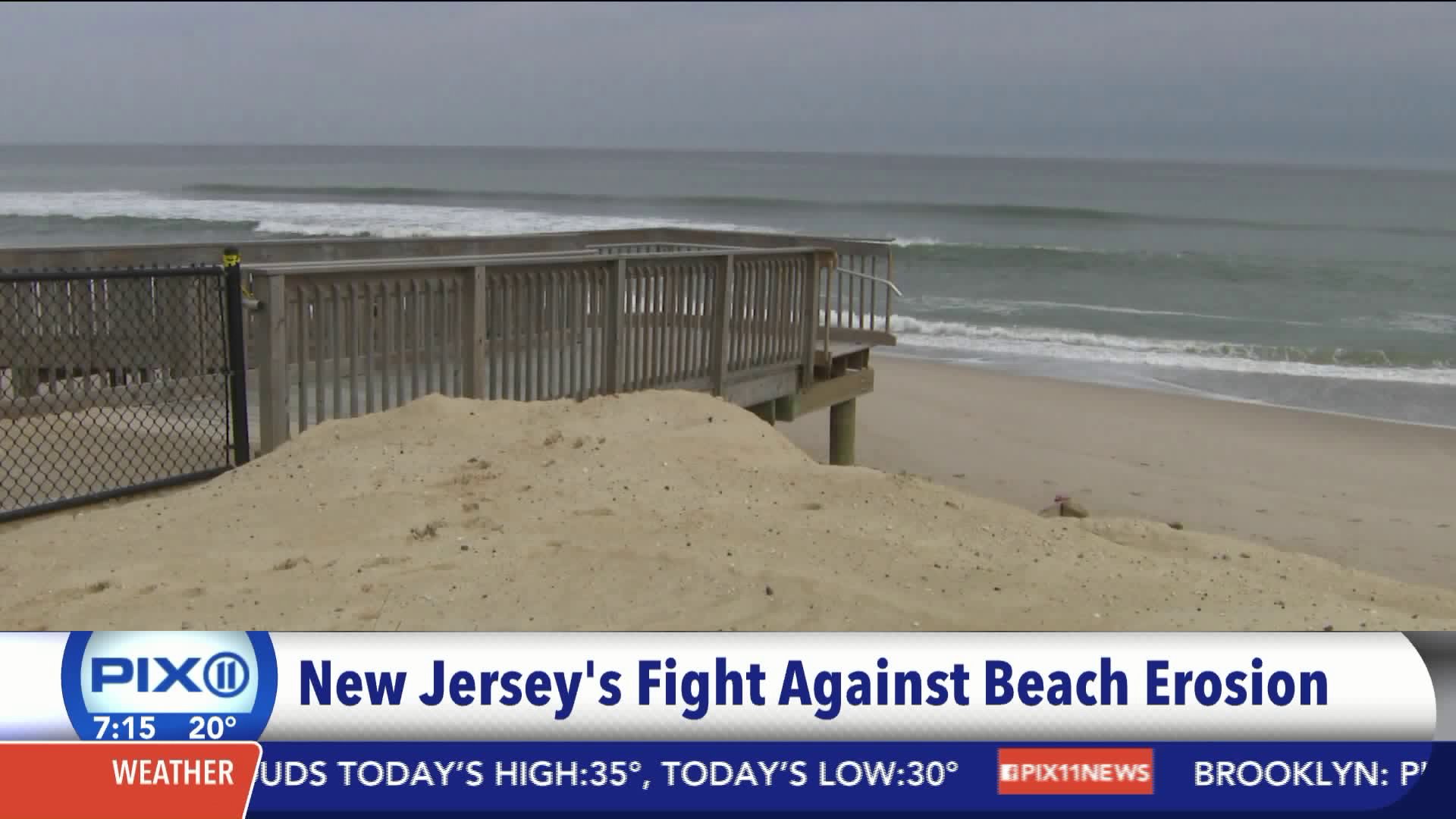 Lisa Mateo has the story.

TOMS RIVER, NJ — New Jersey’s 127-mile long Atlantic coastline is a popular tourist destination and a place many residents call home. Unfortunately, over time the shore continues to suffer from beach erosion due to coastal storms.

With a Nor'easter on the way for tomorrow, residents are preparing for another round of strong winds, elevated water levels and high surf.

Toms River Mayor Thomas Kelaher says his community can’t take much more. “Every time they hear a weather report they think, oh my God, is it going to flood again," Kelaher Says.

Since Superstorm Sandy, the township has replenished its beaches three times.

“They’ll bring in the trucks and they tell us they will continue to replenish as quickly as possible, but each time that occurs it occurs at a tremendous cost,” says Toms River resident, Tony Corrao.

According to township officials, the cost for the last replenishment and repairs from the January 24th coastal storm was close to $700,000, taken from earmarked funds. Fortunately, there is some relief in sight.

The Department of Environmental Protection and the U.S. Army Corps of Engineers have awarded a contract to construct engineered beaches and dunes. The project will extend 14 miles from the Manesquan inlet to Island Beach State Park.

“The option areas are Berkley Township in the South. Bay Head and Point Pleasant in the North,” says William Dixson, Director for the Division of Coastal Engineering for the NJDEP.

Eleven million cubic yards of sand will be used, with dunes 22 feet above sea level. “The dune will approximately occupy the beach area,” says Dixson. “We’re going to be placing an additional 200 feet of sand in front of the dune.”

As far as a start date, Dixson says there are still a lot of moving parts like equipment availability, but a contract has been awarded and they plan to begin as soon as they can. The area will also receive replenishments over the course of 50 years.