Subways and NJ Transit bus service will shut down Tuesday due to storm: officials 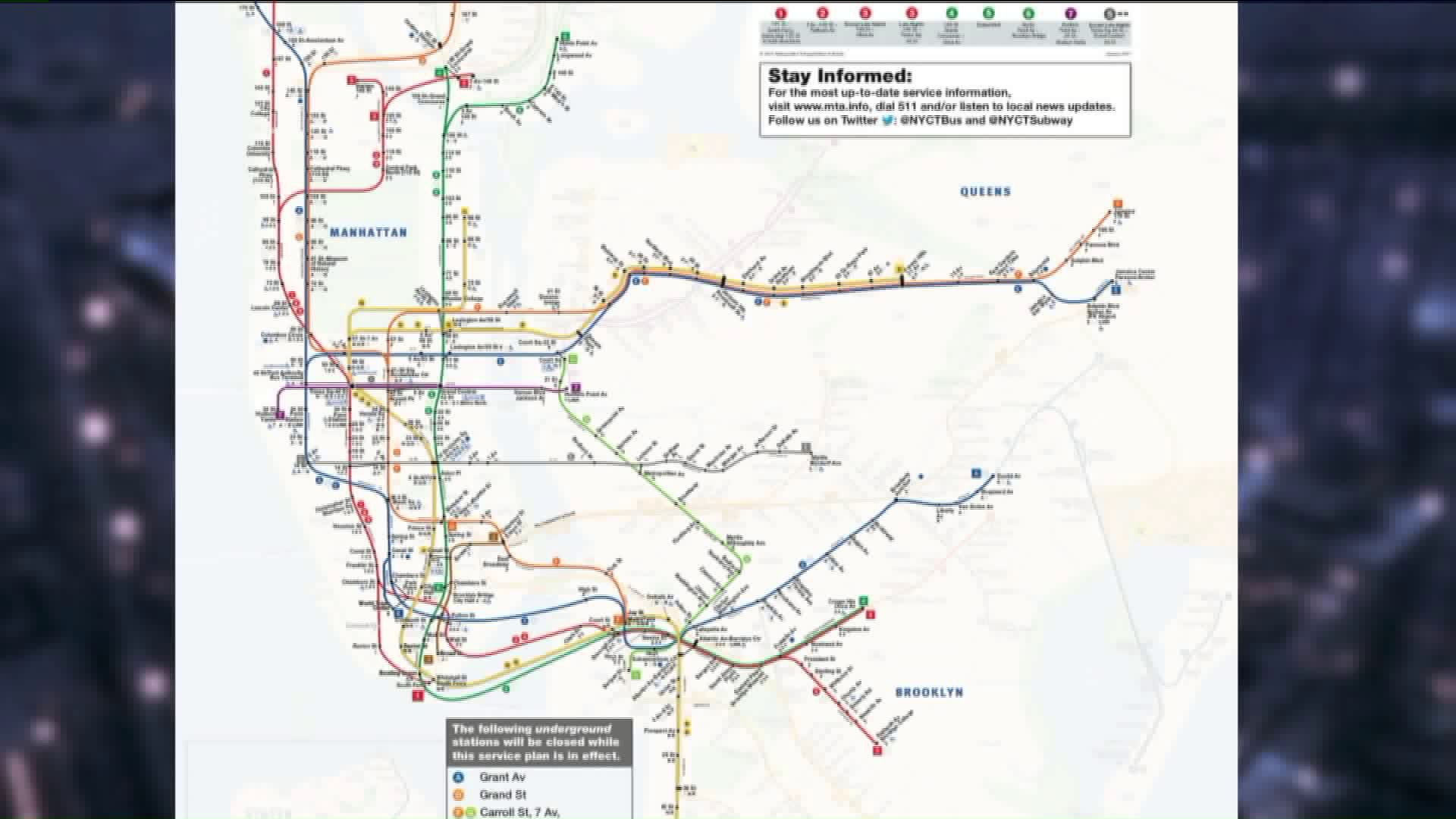 New Jersey Transit bus and Access Link service will stop running at 12:01 a.m. Tuesday and remain suspended for the rest of the day.

NEW YORK — Before the snow even started to fall, public transit in New York and New Jersey was suspended with more shutdowns possible as a powerful storm moves toward the region.

New Jersey Transit bus and Access Link service will stop running at 12:01 a.m. Tuesday and remain suspended for the rest of the day, according to NJ Transit. No word yet on NJ Transit commuter rail service.

Service on elevated subway lines will end at 4 a.m. Tuesday and soon after a decision will be made about other mass transit systems in the area, due to a powerful snowstorm, Gov. Andrew Cuomo said Monday.

The MTA will decide the service status of the Long Island Rail Road and Metro-North at 4:30 a.m. Tuesday. Cuomo said if the snow falls as predicted, the trains could be shut down entirely.

While above-ground subways will stop running, lines that travel underground will continue to operate as usual, though delays are expected.

In announcing his transit plan, Cuomo declared a state of emergency, effective at midnight Monday, as a major storm approaches the tri-state area.

Cuomo acknowledged that forecasts can change, but said the models have been "fairly consistent for a period of time." The forecasts call for 12 to 20 inches of snow with blizzard conditions. White-out conditions are possible with winds up to 50 mph.

The snow will start falling on New York City, Long Island and the mid-Hudson Valley by midnight.

At the peak of the storm, snow could fall at a rate of 2 to 4 inches per hour until Tuesday afternoon. It's expected to taper off by Tuesday evening.

There will be approximately 300 plows on Long Island with more than 440,000 pounds of road salt throughout the state.