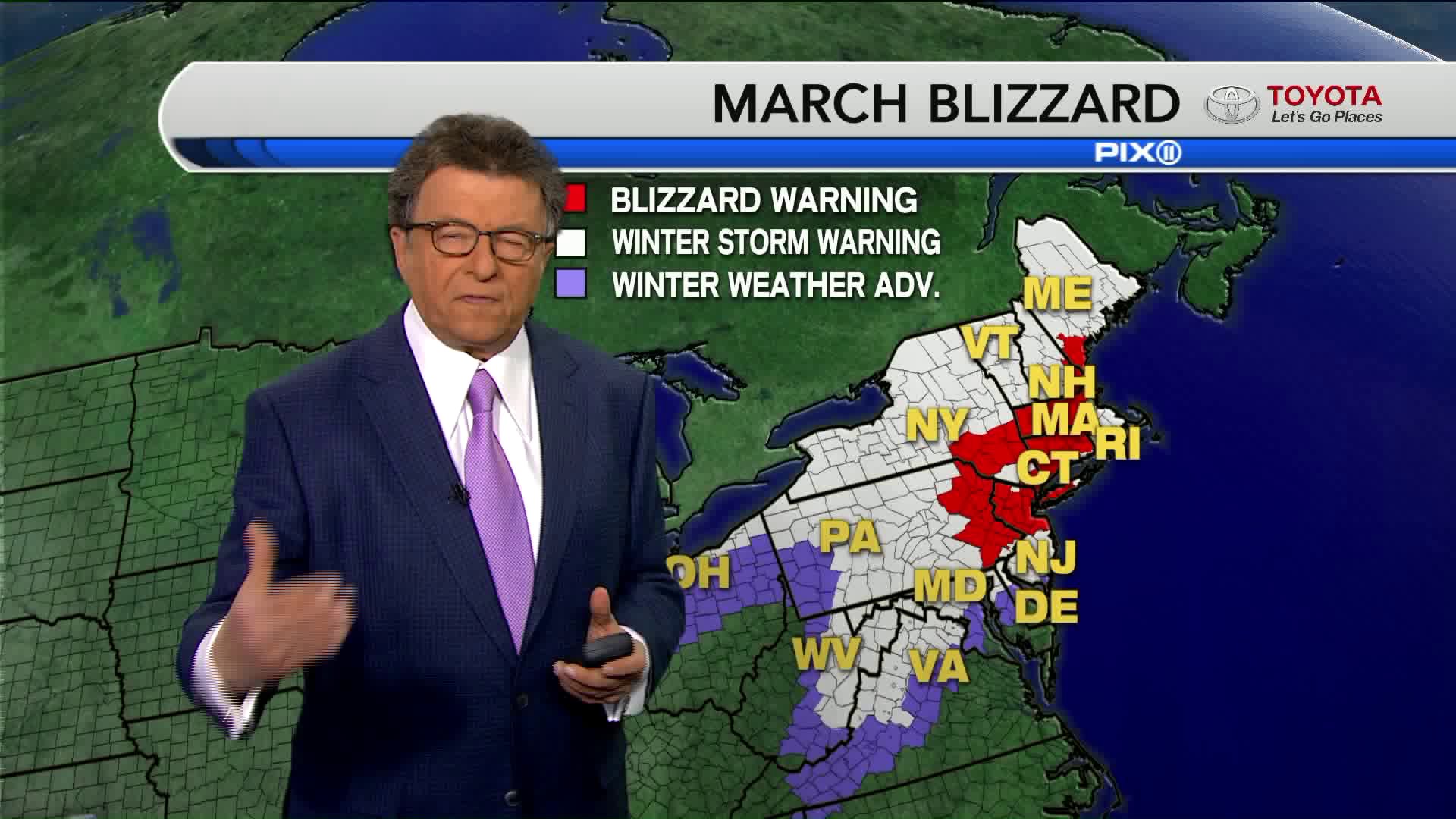 The winter blast could bring up to two feet of snow in parts of the region.

As the blizzard roars toward the Northeast, Connecticut will impose a statewide travel ban beginning at 5 a.m. Tuesday, the office of governor Dannel Malloy said

The ban will remain in effect until further notice, with the state placed under a civil preparedness emergency.

"Do not attempt to travel!" the governor tweeted.

“Snowfall is expected to begin shortly before sunrise and will increase quickly, with peak blizzard conditions reached only several hours later. Everyone in Connecticut is urged to plan ahead – wherever you are at sunrise Tuesday morning, expect to remain there throughout the remainder of the storm and into the night,” Malloy said in a statement. “With snow coming down at rates in excess of three to four inches per hour at points and winds reaching as much at 60 miles per hour, white out conditions will severely limit visibility. Residents are urged to make safety a priority and to not make any attempt to travel.”

The snow is expected to start between 3 a.m. and 5 a.m. on Tuesday with blizzard condition by 9 a.m. Snow totals will range from 10 to 15 inches on the southeast coast, 16 to 20 inches at the southwest coast, 20 to 28 inches across central and western Connecticut, and 24 to 30 inches in higher elevations, according to a forecast issued by the governor's office.