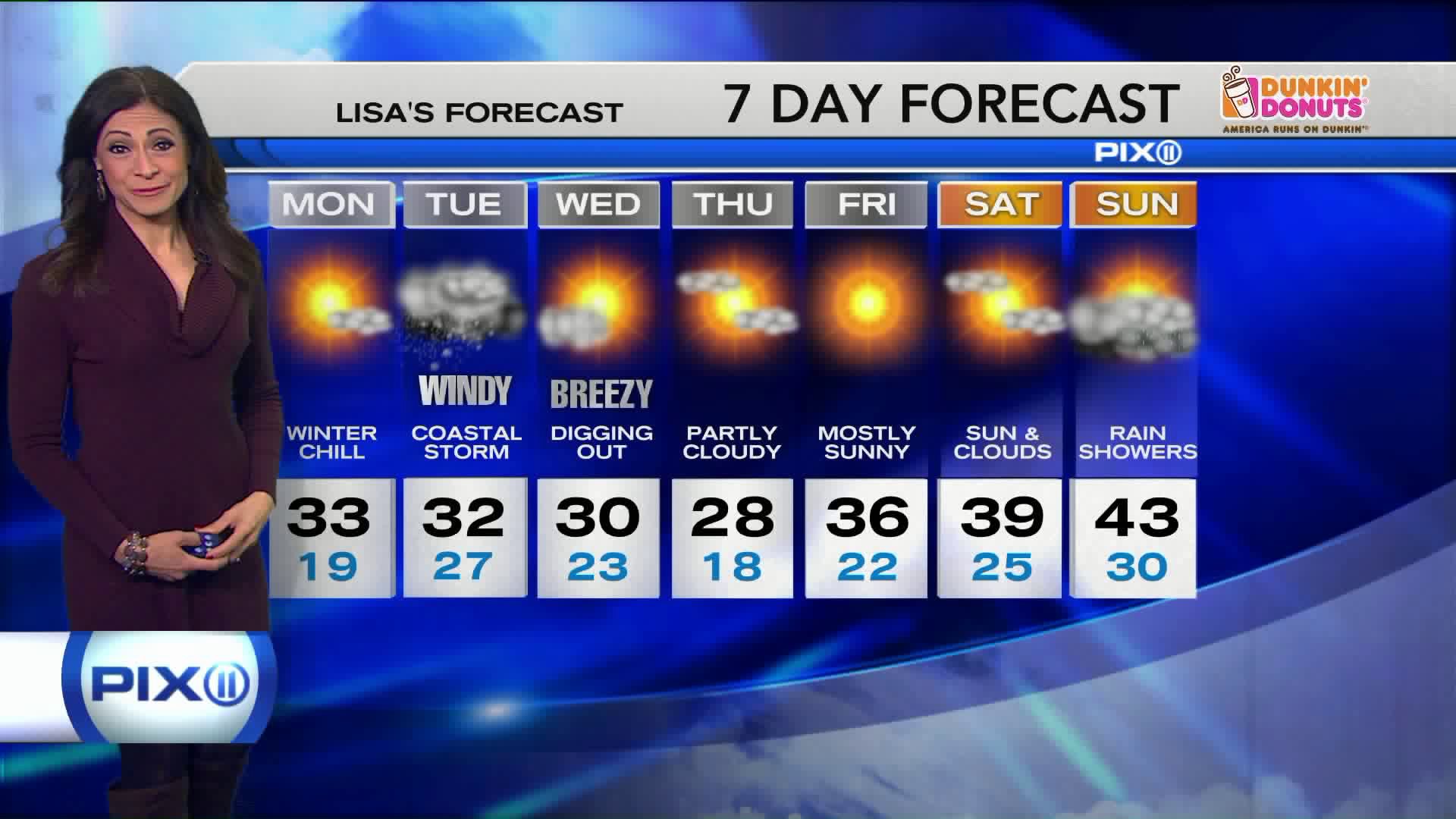 Monday will be sunny and cold, but the real trouble arrives at night. PIX11`s Lisa Mateo breaks down what you`ll see later tonight and Tuesday.

NEW YORK – The National Weather Service has issued a blizzard warning ahead of the nor'easter arriving in the tri-state area late Monday night into Tuesday.

Snow will begin to fall after midnight and overspread the entire area by Tuesday morning rush hour. The heaviest snow will fall from 7 a.m. through 3 p.m. on Tuesday and then taper off around 7 p.m.

Total accumulations will be between 12 and 20 inches for New York City, northeastern New Jersey and coastal Connecticut. Northwest New Jersey and the Hudson Valley will get the worst of it, with snow totals up to 2 feet of snow. Jersey Shore and eastern Suffolk County on Long Island will see about a foot of snow.

Gusts will be 40 to 55 mph in the New York and New Jersey metro region. They'll be even stronger across eastern Long Island and coastal Connecticut.

The NWS also says the conditions will make travel dangerous to due to whiteout conditions. Visibility will drop to a quarter of a mile or less at times in the blizzard warning.

Several roads may be impassable and power outages are possible.