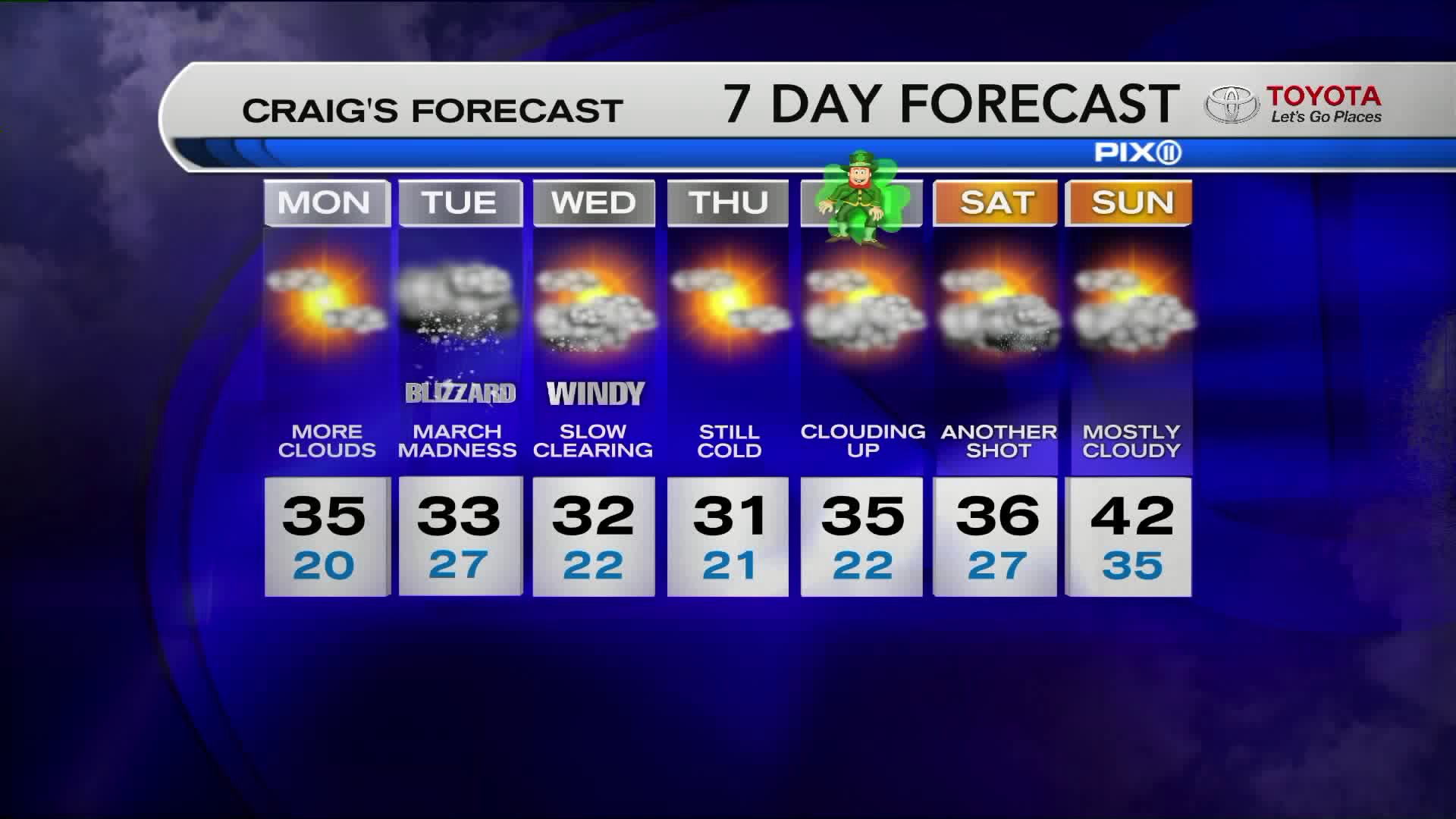 PIX11`s Craig Allen breaks down the incoming monster storm and what we can expect for Monday night until Wednesday.

Forecasts indicate heavy snow along with strong and potentially damaging winds that will create hazardous, low visibility conditions on Tuesday.

“We’re preparing for a significant storm on Tuesday, and New Yorkers should also prepare for snow and dangerous road conditions,” Mayor Bill de Blasio said Sunday. “Besides the snow, it will be cold. We urge you to avoid unnecessary travel and help keep roads clear for Sanitation crews and first responders.”

“Heavy snow will make travel difficult on Tuesday. New Yorkers should avoid driving and use mass transit when possible,” said NYC Emergency Management Commissioner Joseph Esposito. “We are working closely with our agency partners to coordinate the City’s preparations for the storm.”

A total accumulation of 12 to 18 inches is anticipated. New Yorkers should avoid driving and use mass transit where possible.

Costal flooding could potentially be an issue during the Tuesday morning high tide cycle. The National Weather Service has issued a coastal flood watch from 8 a.m. to 12 p.m. Tuesday for areas near the coastline in Brooklyn and Staten Island, and areas along the southern shores of Queens.

As if the snow and wind weren't enough, the temperatures on Tuesday will be in the upper 20s, with lows Tuesday night in the low twenties. Wednesday will see temperatures around freezing.

The department of sanitation is pre-deploying 689 salt spreaders across the five boroughs. More than 1,600 plows will be dispatched when more than two inches of snow accumulate. DSNY is ready to assign 2,400 workers per shift, 12 hours per shift. The department also has 283,000 tons of rock salt available. In addition, garbage and recycling collections will be suspended once the snow operation initiates.

Alternate side parking is suspended Tuesday, March 14 and Wednesday, March 15 to facilitate snow removal operations. Parking meters are still in effect. During snow operations, DOT typically deploys more than 400 personnel and more than 100 pieces of equipment, including nearly 80 trucks for plowing over several shifts. The Staten Island Ferry is expected to run on a normal schedule, but all passengers should allow extra time should weather conditions impact the schedule.

If temperatures drop under 32 degrees on Tuesday and Monday, as they are predicted to, a code blue weather emergency notice will be issued. If you encounter a homeless person who is seeking shelter when a code blue is in order, call 311 and a city outreach team will offer assistance.