US Attorney Preet Bharara fired in standoff with President Trump 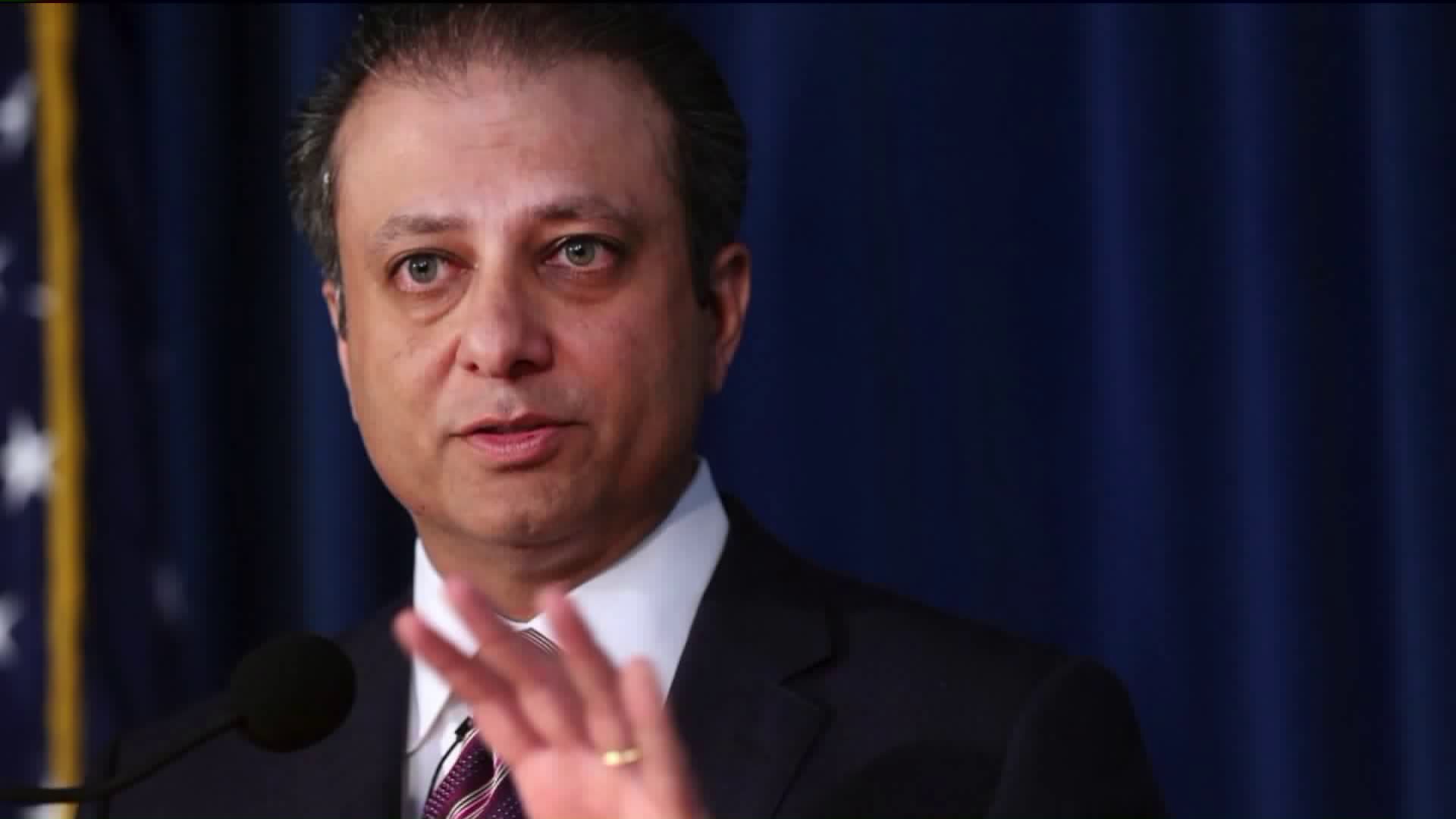 The high-profile US attorney for Manhattan, Preet Bharara, has been fired after refusing to comply with President Trump`s order to resign.

NEW YORK — The high-profile US attorney for Manhattan, Preet Bharara, has been fired after refusing to comply with President Trump's order to resign, according to a tweet sent out by the federal prosecutor.

He wrote on his verified Twitter account, "I did not resign. Moments ago I was fired. Being the US Attorney in SDNY will forever be the greatest honor of my professional life."

Bharara's refusal to resign created a stunning public standoff Saturday, as 46 US attorneys across the country were asked to tender their resignations Friday afternoon.

A source told CNN that Acting Deputy Attorney General Dana Boente called Bharara on Saturday to ask if it was true that he was refusing to resign, and Bharara told him yes.

Boente then called Bharara back and said Trump was firing him, the source said.

A senior administration official told CNN that Bharara was asked for his resignation along with every other US attorney except for Boente and Trump's nominee to be his replacement as deputy attorney general, Rod Rosenstein, "because of uniformity. It's important to have consistency and uniformity in matters like this."

But unlike the others, the reason Bharara's sudden dismissal came as a surprise is that the high-profile US attorney had been told after a meeting with Trump in November that he could stay on and felt blindsided by the request for his resignation on Friday, sources told CNN.

According to a source familiar with the meeting between Trump and Bharara in November 2016 at Trump Tower, the President-elect asked Bharara to stay on the job and they shook hands. Trump then directed Bharara to go out to the cameras and tell them, "I asked you to stay."

New York Sen. Chuck Schumer also said at the time that Trump called him before the meeting to ask what he thought about Bharara continuing in his role as US attorney.

"I told him I thought Preet was great, and I would be all for keeping him on the job and fully support it. ... He's been one of the best U.S attorneys New York has ever seen," Schumer said.

A source close to the President told CNN that Trump informed Bharara that he wanted to keep him on as a gesture to Schumer -- then the incoming minority leader -- whom Trump had previously supported for years. Since November, however, Schumer has led the Democratic opposition in the Senate, which the White House views as obstructionist and running counter to the President's agenda.

In a statement Friday, Schumer said he was "troubled" to learn of the Trump administration's request for Bharara's and other US attorneys' resignations, adding that Trump "assured him" he wanted Bharara to continue to serve as US attorney.

By asking for the immediate resignations of the remaining US attorneys before their replacements have been confirmed, "the President is interrupting ongoing cases and investigations and hindering the administration of justice," Schumer said.

Bharara previously served as Schumer's chief counsel and was appointed US attorney in 2009 by President Barack Obama.

In a statement Saturday evening, Senate Judiciary Chairman Patrick Leahy said the abrupt firing of the US attorneys, including Bharara, is "another reminder that the independence of the Justice Department is at risk under this administration."

"The Senate will now have to carefully evaluate the President's selected replacements," the Vermont Democrat said.

Bharara made a name for himself prosecuting dozens of high-profile bankers for insider trading and securities fraud. He will also leave behind a legacy of aggressively prosecuting political corruption. His dogged pursuit of hedge funds is said to have inspired the Showtime series "Billions," in which actor Paul Giamatti plays a cutthroat federal prosecutor.

A former FBI agent who requested anonymity to freely discuss the matter called Bharara's firing "crazy," saying he is a "rock star" in the law enforcement community.

The White House referred CNN to the Department of Justice for an official comment on the matter.

"Preet Bharara is no longer US attorney of the Southern District of New York," a Justice Department spokesperson told CNN Saturday.

Bharara announced that Joon H. Kim, the current deputy US attorney, will serve in his place.