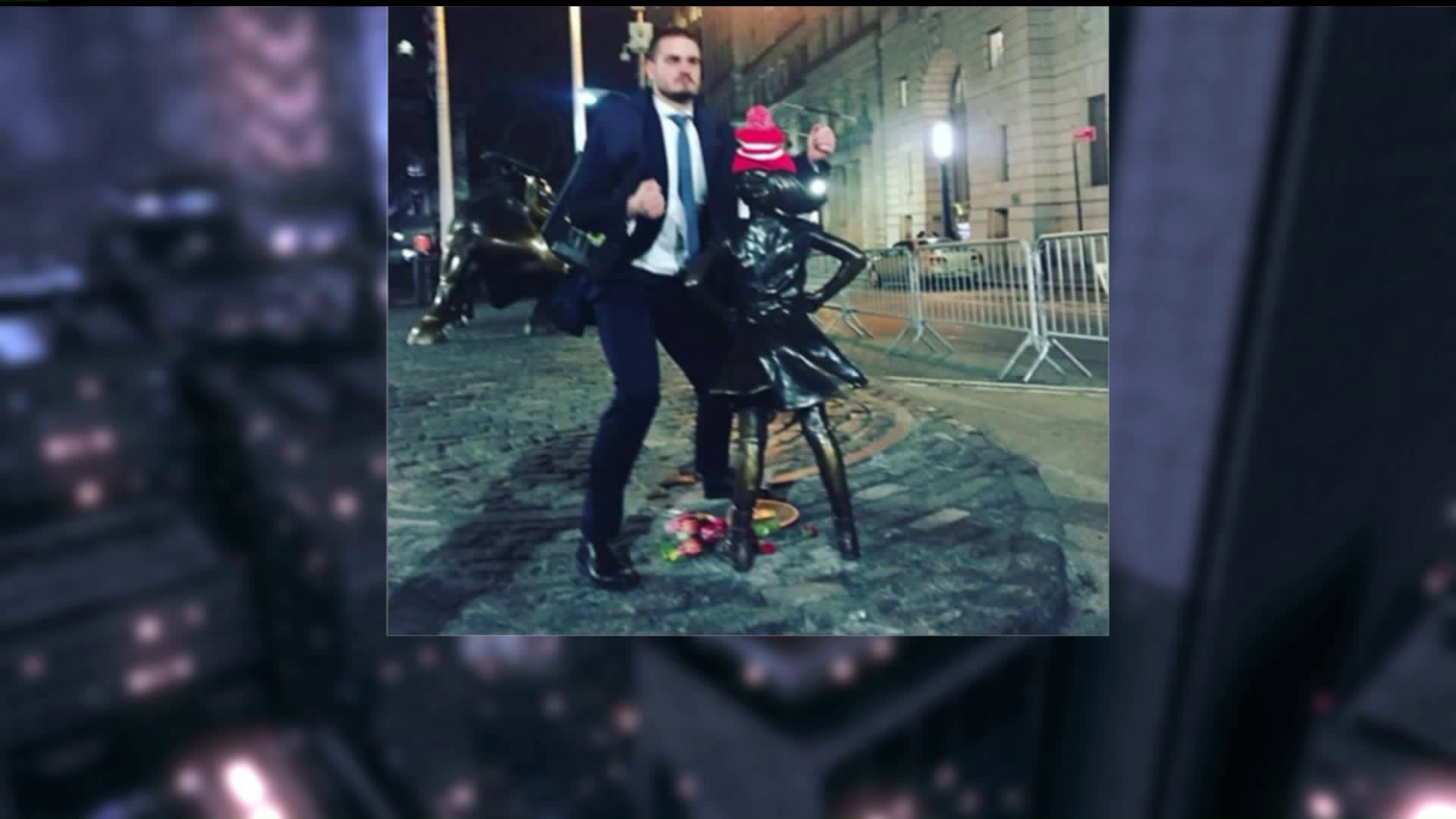 NEW YORK – A photo showing a man in a business suit behind the new "Fearless Girl" statue on Wall Street in a humping pose is generating outage on social media.

Architectural designer Alexis Kaloyanides posted the picture on Facebook and Instagram and called out the "Wall Street finance broseph" in a scathing caption on Wednesday.

"Almost as if out of central casting, some Wall Street finance broseph appeared and started humping the statue while his gross date rape-y friends laughed and cheered him on. He pretended to have sex with the image of a little girl. Douchebags like this are why we need feminism."

"Simulating sexual assault – especially on a statue of a very young girl – is not funny," she wrote.

The statue was installed Tuesday, the day before International Women's Day, by State Street Global Advisors as part of the asset-manager's campaign to increase the number of women on their clients' corporate boards.

The girl's growing popularity led the Mayor's Office to extend its permit from March 12 until April 2. Currently, there are no plans to the statue permanent, but a petition circulating online on Change.org is trying to make that possible.