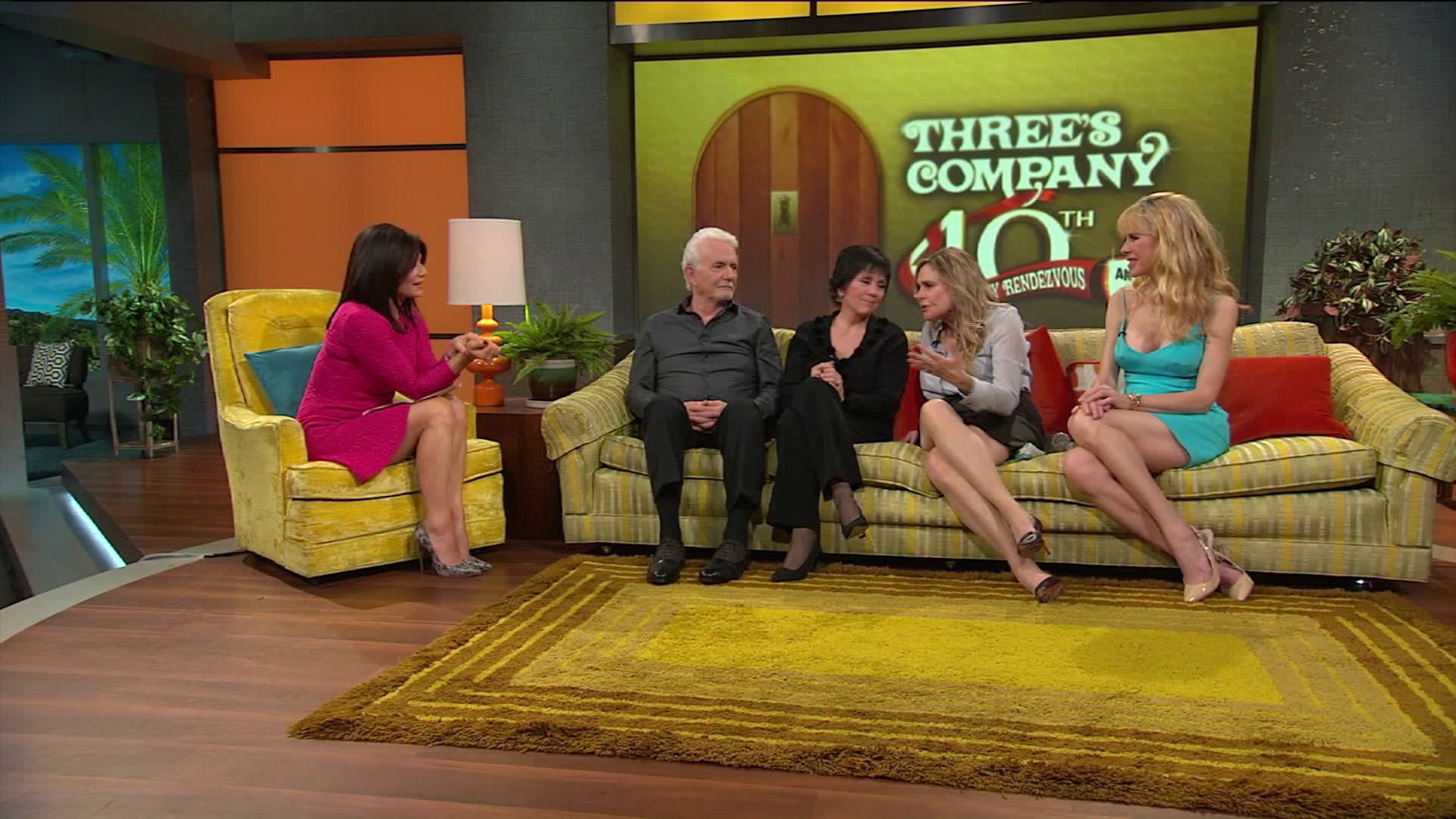 The cast sat down with PIX11`s Tamsen Fadal to discuss the show.

On March 15, 1977 America “knocked on the door” and has been laughing with Three’s Company ever since. Antenna TV, Tribune Broadcasting’s multicast network reunited the cast of Three’s Company to pay tribute to the ‘70s sitcom which will celebrate 40 years since its debut on television.

The full cast interview will be available online March 11 on Antenna TV’s YouTube channel youtube.com/antennatv and on Facebook at facebook.com/antennatv

“Three’s Company was the first program Antenna TV acquired when we launched in 2011. It was one of those Fred Silverman shows that had perfect writing and casting. Even with landlord and roommate cast changes the show thrived and was one of television’s greatest sitcoms of all time. We’re thrilled to have the cast come together to help us celebrate this milestone,” said Sean Compton, President of Strategic Programming and Acquisitions, Tribune Media.