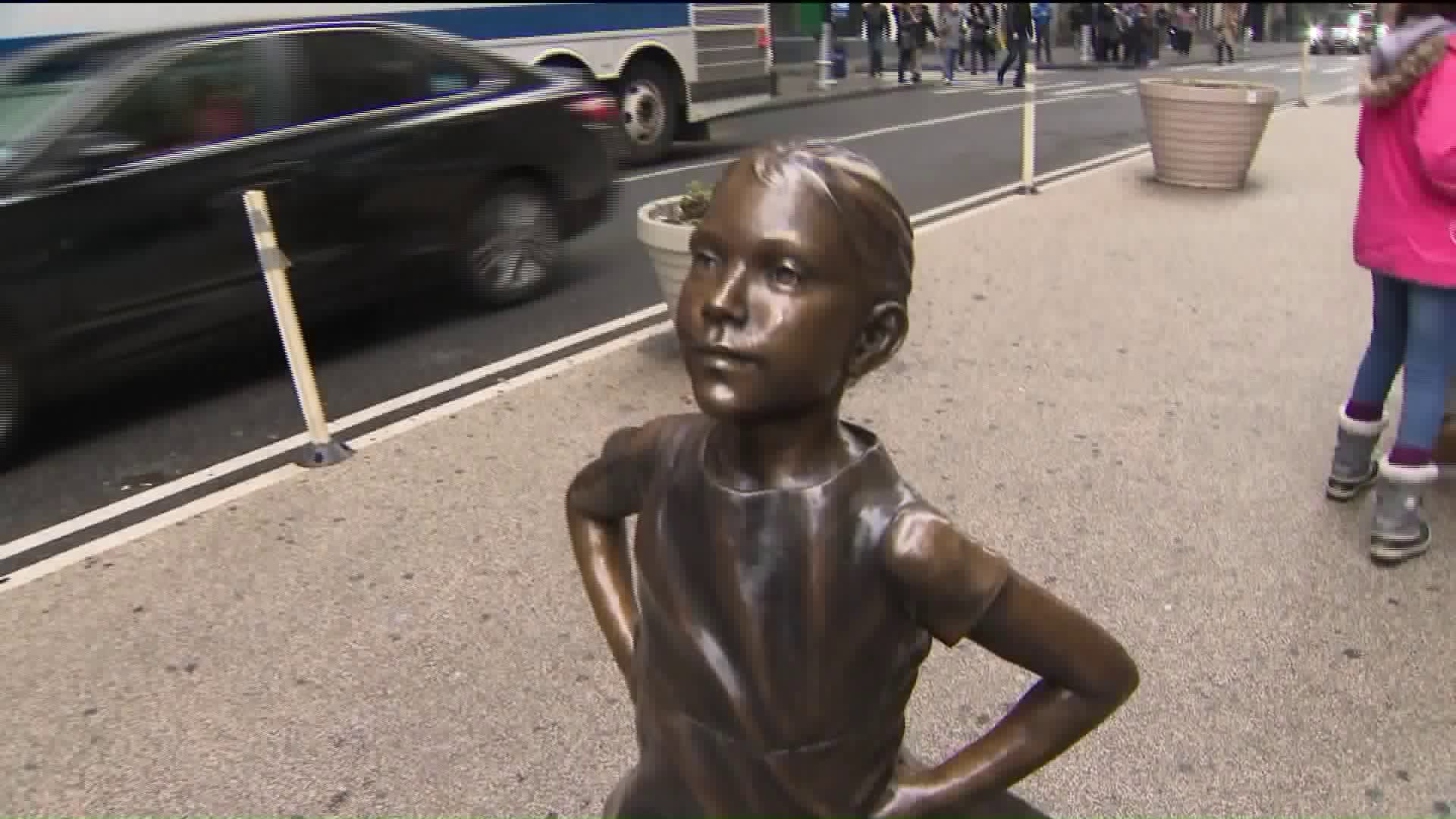 A statue of a young girl facing the "Charging Bull" will stay.

NEW YORK — They're becoming even more popular than the Statue of Liberty.

Two statues have been engaged in an apparent face-off since Tuesday and City Hall says it will continue through April 2, 2017.

A Wall Street firm installed the statue of a girl Tuesday on the eve of "International Women's Day."

She faces "Charging Bull," the iconic bronze sculpture that was placed near Wall Street by the artist in 1989 and was later moved to a stretch of Parks Department land in Bowling Green.

NYC Street Activity Permit Office amended the permit for the new statue to 30 days. It was to be removed March 12.

A spokesperson for the Mayor's office says there are no current plans to make the new statue permanent.