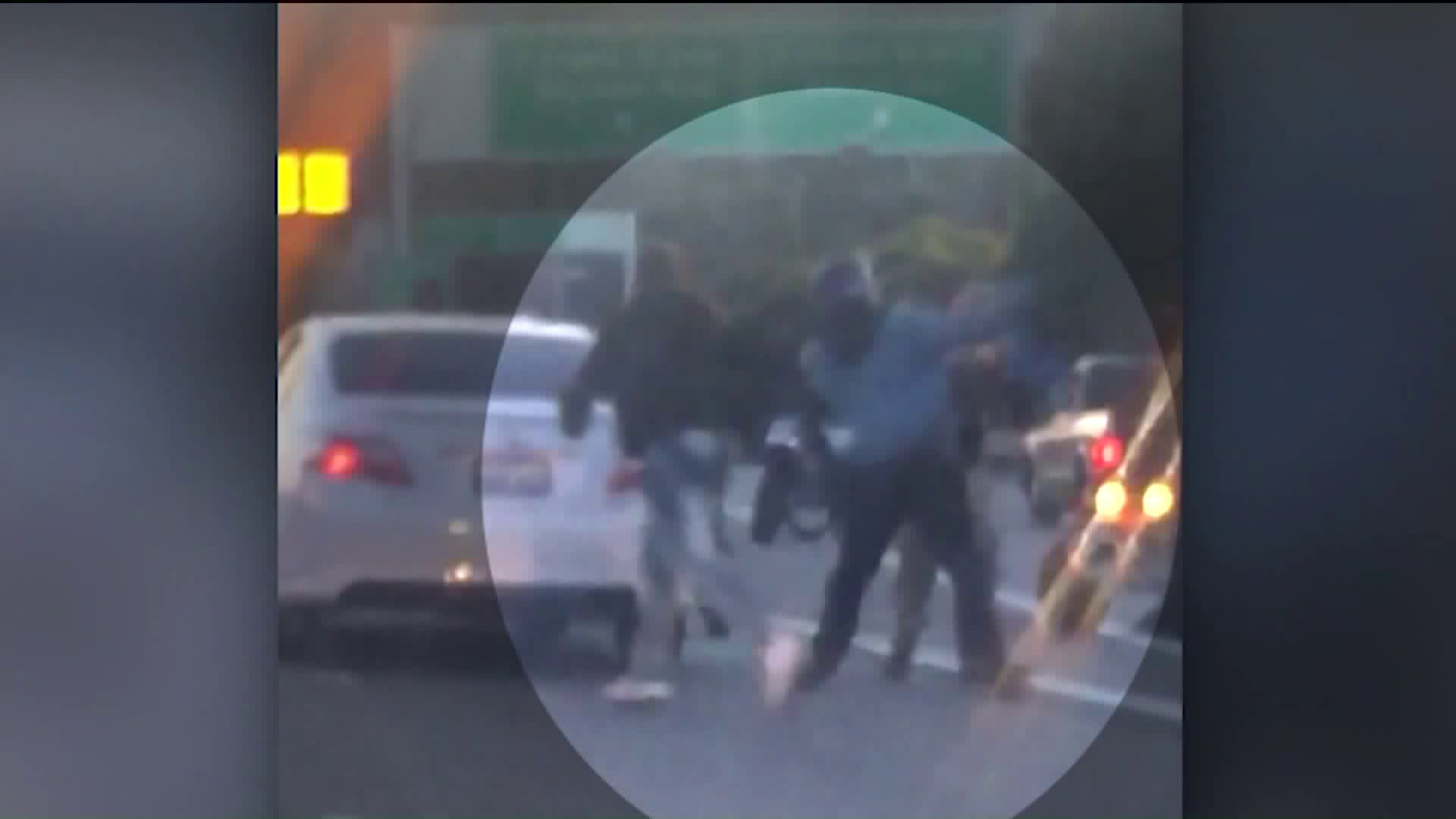 San Francisco police are searching for more than a dozen bikers who assaulted a driver.

SAN FRANCISCO  — Police are searching for as many as 15 men on motorcycles and all-terrain vehicles who pummeled an Uber driver after surrounding his vehicle on a San Francisco freeway this week.

The San Francisco Chronicle reported Thursday that police want help from the public to identify suspects.

The attack occurred just after 6 p.m. Wednesday on Highway 101 when the Uber drive's white Toyota stopped on the highway for unknown reasons and the group of men surrounded it.

Several witnesses shot video of the Uber driver being assaulted after he got out of his car.

The newspaper reports one video shows the Uber driver falling and tumbling as at least two men punched and kicked him.

It was unclear how the fight started.