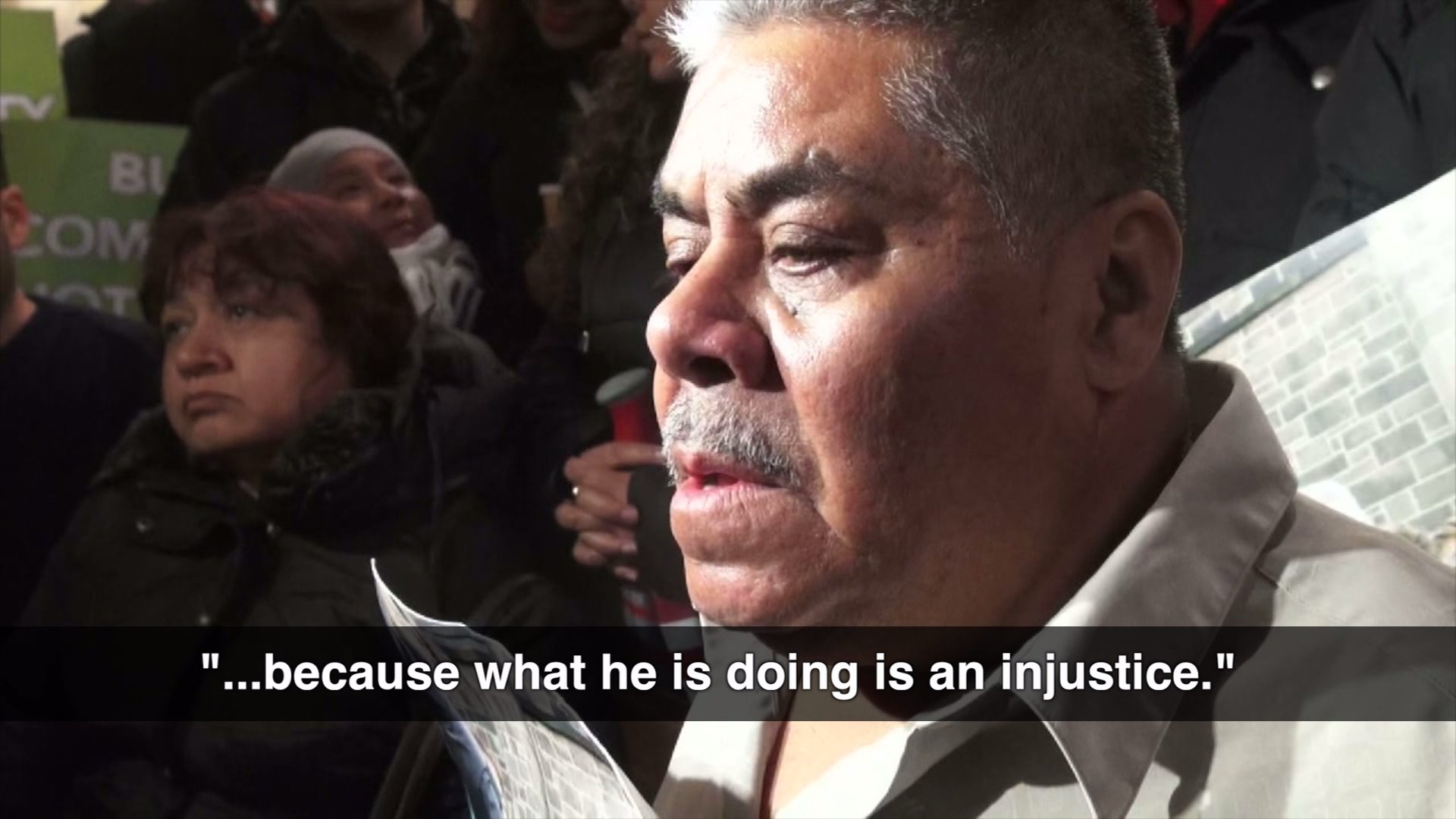 The news came after several dozen clergy members marched toward a federal building in New Jersey`s largest city in support of him.

NEWARK, N.J. — When Catalino Guerrero, 59, of Union City walked towards federal immigration court in Newark Friday morning, with U.S. Senator Bob Menendez, Archbishop Cardinal Joseph Tobin, and multiple other faith leaders by his side — his family was unsure if he'd be coming back out.

“He’s just a grandfather, a good husband and a good father to everyone," sobbed Lizbeth Guerrero, his granddaughter. “That part of my life would just break down."

Guerrero has been in the country for 25 years. He has a job with a moving company, pays taxes and owns his own home. He has no criminal history.

"I don’t think if he goes back to Mexico, he’s gonna be safe," said one of his daughters. Guerrero recently suffered a stroke and has Type 2 diabetes.

No cameras were allowed inside, but prayers and song continued outside while the proceeding went on.

“We ask you to make us a nation that prizes love and compassion, as well as justice," said Newark Archbishop Cardinal Joseph Tobin.

Guerrero did emerge, but his attorneys did not get the stay of 1-year that they asked for. Instead, Guerrero must return to court on May 22nd. He still faces the threat of deportation, but his application to stay is being considered.

He hugged his grandkids hard, with tears in his eyes, when he got out.

"I wish that President Trump with all this news would look into his heart and consider changing the laws, his way of thinking, because what he is doing is an injustice," he said. "There are many people who are being deported without cause. And I say, I am nobody to judge, but if we committed crimes, we must be held responsible for them. But if we haven't, it's not just for President Trump to keep doing the same thing to immigrants."

The coalition around him has pledged to continue their fight.

“I’m going to urge ICE to actually grant that stay," said Senator Bob Menendez (D-NJ). But beyond that, I’m going to go to the Senate floor and be speaking with my colleagues who joined with me a couple years ago for comprehensive immigration reform, to say these are the types of cases for which there are millions across the country.”

His granddaughter also had something to say to President Trump.

“That he’s not a criminal, he didn’t do anything.”