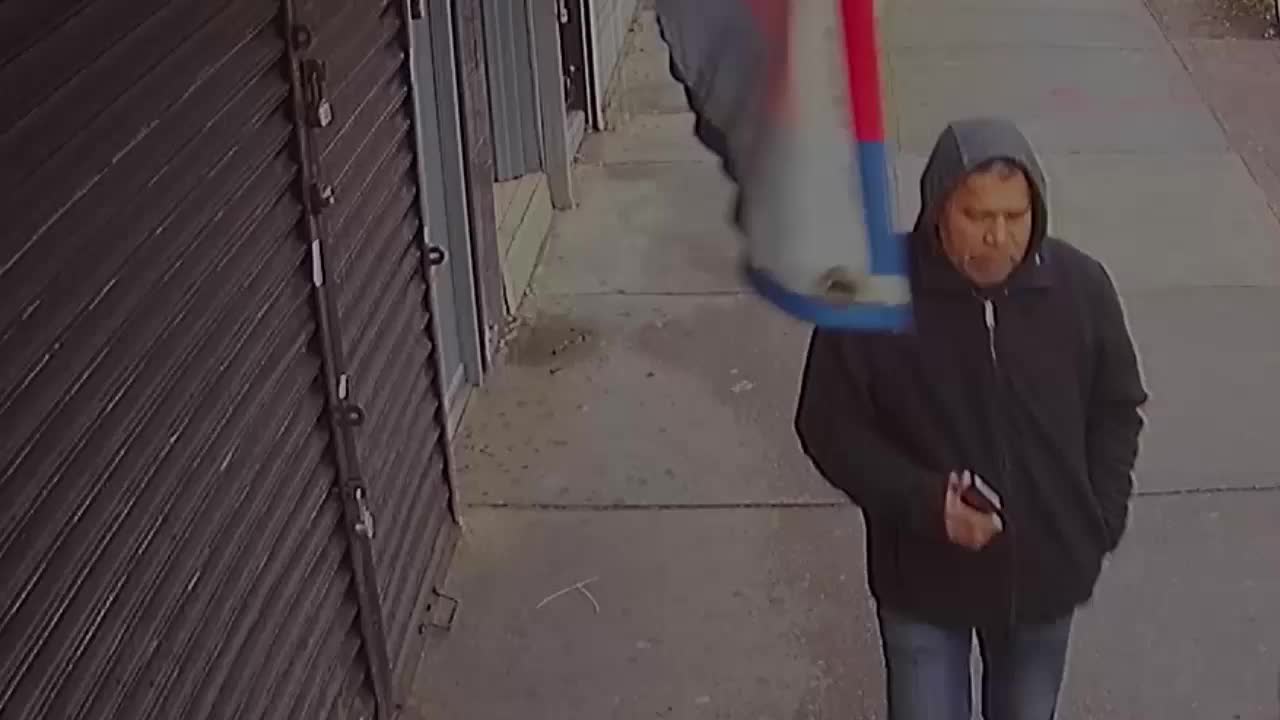 The girl was walking to school when she was stopped by a man on Northern Boulevard and 82nd Street around 8:15 a.m., police said. The man showed her pornographic video on his cellphone and continued to follow her to school nearby, according to police.

Once the child was inside her school, the victim told officials about her creepy encounter, police said.

The man, who appeared to be in his 40s, fled to parts unknown, police said.

He is described as having medium complexion, about 5 feet 11 inches. The man was last seen with a gray sweatshirt, black jacket, blue jeans and dark sneakers white a white sole bottom with laces. Surveillance video from police shows him with his cellphone.