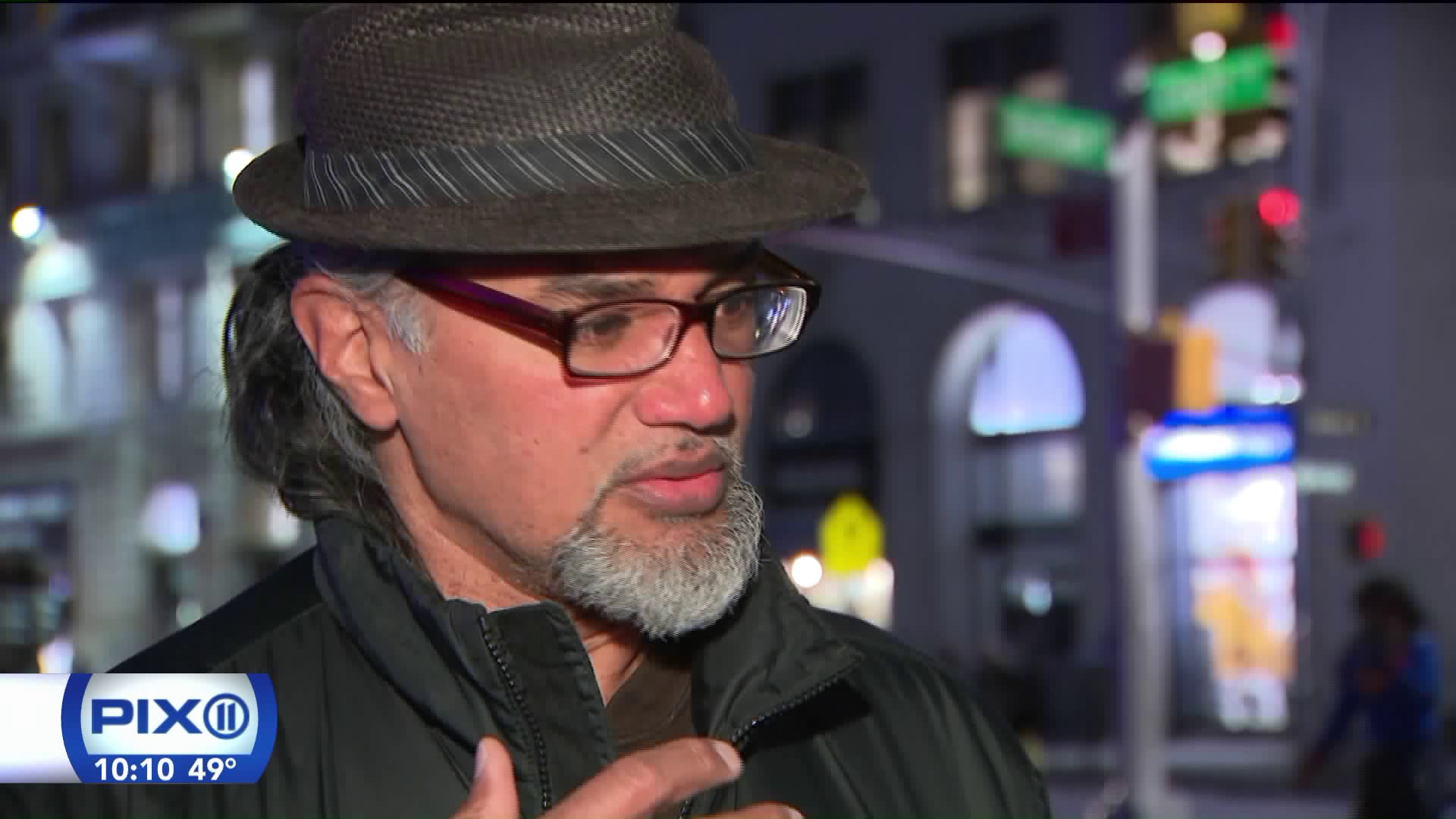 The married father had his first meeting with immigration officials since Donald Trump became president.

NEW YORK – For months now, Ravi Ragbir, like so many other immigrants across the country has been living on borrowed time. Unsure if his next routine immigration check-in will be his last and the first step toward deportation.

On Thursday morning, Ravi was ready for that meeting, preparing for the worst.

"I thank you from the bottom of my heart," he said in front of a small crowd. "I thank you because I know you here for me."

Ravi had support as he held a new conference in Foley Square, right across the street from the immigration officers at 26 Federal Plaza and he was fortunate enough to successfully walk out of Thursday's check-in.

But there's catch and it is not a good one.

"I have to go through this again," he said. "How do I have this knife, this guillotine over my neck and be able to function? My wife and my friends knowing that they ask me for a travel document. They asked me for a passport. When they ask for that, it usually means one thing right? They say no, we're not going to use anything, everything stays the same. But if everything stays the same, I shouldn't be checking in next month."

Federal ICE officials have not responded to PIX11's request for comment on Ravi's case. But his attorney is pleading with federal officials to exercise discretion.

"Ravi has always followed though," Alina Das, Ravi's attorney said. "He's always done what he's been asked to do and he's been really exemplary of all the immigrants out there who do what they can do to make sure that they have some sort regularized status in the law."

The Trinidad native - who came to this country almost three decades ago, surrendered his Green Card after completing a two and a half year prison sentence.

"I was convicted, I spent time in prison," he said. "I spend time in immigration. But I've still overcome that, against all odds, right. I have been able to gather a large community support. I've been able to help people."

Since then, Ravi has emerged as a well-known advocate for at risk immigrants.

That work - is now in jeopardy and so is any sense of stability, as he waits another month to find out whether he will have to endure the possible break up of his family.

When asked about living in another month of uncertainty, he said he'll continue to persevere.

"Ya know you're asking me to dig deep, to bring out things that I would have locked away, and because if I had to continue to dwell on it, I would -- it would devastate me," he said.