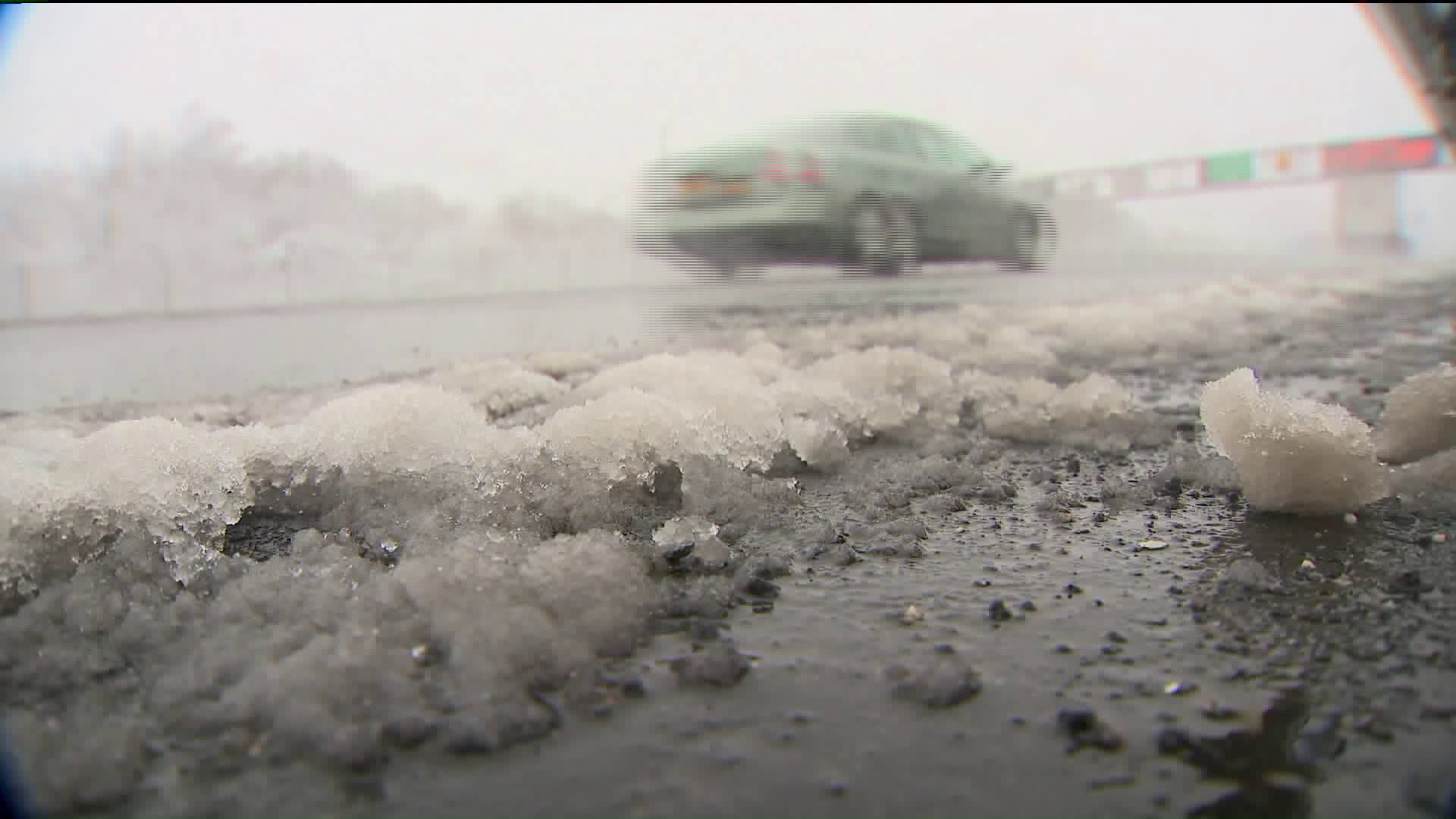 Bitter cold is expected through the weekend.

WADING RIVER, N.Y. — Friday's storm arrived far later than expected, and by the time it blew out of the tri-state, it had left a thin blanket of white in the city and a thicker, but not too-thick, covering of snow in most of the suburbs.

The deepest snow was left on the eastern end of Long Island. No matter how much snow fell Friday, it's on course to be covered by a much deeper coat from a Nor'easter forecast for next week.

That major storm, which has a high probability of reaching our region, was the main topic of conversation among everyone PIX11 News encountered out here on the North Shore of Long Island.

"This is a warmup," said Earl Coy, a long-time resident of eastern Long Island. "This is a preview of what's coming."

Meanwhile, people were making the most of snow that fell on Friday. Courtney Von Bargen and her family threw snowballs on the front lawn of their home in Wading River while they marveled at the seesaw nature of weather lately.

"Yesterday, we were outside, with no jackets on," she told PIX11 News, "enjoying the spring weather, and today we are outside in the snow."

They were enjoying playing in the four or so inches that fell where they live, but they were also well aware that on top of the blanket of white, the much heavier mantle is forecast to fall after a bone-chilling weekend.

"We're preparing for cold," Ms. Von Bargen said. Her husband Dough, who is a teacher in a nearby school district, was home before his normal time because Friday's snow caused an early dismissal. hose school was dismissed early today.

Doug Von Bargen said he was preparing for next week's possible nor'easter, but preferred that it not come. "I'd rather be in school next Tuesday and Wednesday, but I don't know if that'll happen."

If it does happen, people in this part of our region, which is no stranger to snow, are dealing with it in their own ways.

"I say bring more snow," said Mike Cigenelli. He said that he felt that there hasn't been enough frozen precipitation, and added, "The season's almost over anyway, We may as well have another snow storm, right?"

Currently, the National Weather Service is forecasting an 80 percent chance of snow and breezy conditions for next Monday night through Tuesday night.