NJ grandfather facing deportation gets extension after meeting with ICE 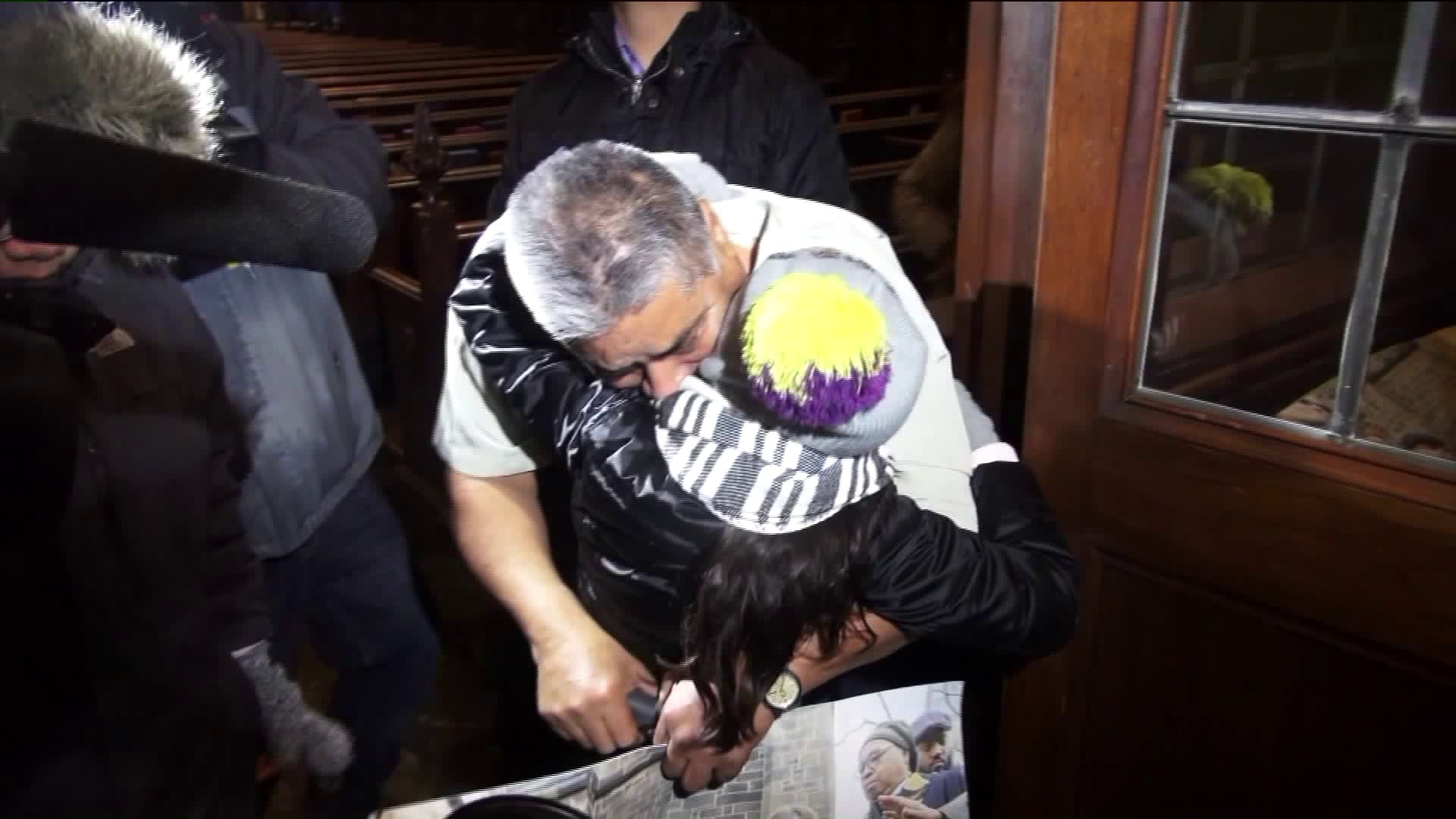 A New Jersey grandfather facing deportation received an extension through May after meeting with Immigration and Customs Enforcement officials Friday.

NEWARK, N.J. — A New Jersey grandfather facing deportation received an extension through May after meeting with Immigration and Customs Enforcement officials Friday.

The news came after several dozen clergy members marched toward a federal building in New Jersey's largest city in support of him.

ICE summoned Catalino Guerrero to Newark and told him to plan to surrender his passport on Friday. During the meeting, the grandfather was given an extension until May.

"After weeks of listening to heart wrenching reports of ICE raids and detentions of mothers, victims of domestic violence and DACA recipients, I am glad Catalino can go home and be with his family today," said U.S. Sen. Bob Menendez (D-NJ).

Organizers say the 59-year-old came to the U.S. illegally from Mexico in 1991 and has worked ever since, owns his house and has no criminal record. The grandfather of four applied for a work permit several years ago, but filled out a form incorrectly.

"Deporting this NJ grandpa would be wrong & inhumane," Menendez tweeted.

Tobin has been critical of President Donald Trump's immigration policies, and has said lawmakers should focus on fixing immigration laws rather than on large-scale deportation.

“As faith leaders, we are called to recognize and underscore the humanity and dignity of every single individual as a unique person and, at the same time, resist any attempts to demonize or characterize refugees as sinister, faceless threats,” said Cardinal Tobin. “We are here today to bear witness and to appeal to the conscience of our nation to spare this man, and countless others like him, whose only offense was to seek a better life for his family.”