After a day of snow, comes a weekend of brutally cold temperatures that’ll feel like 0 degrees 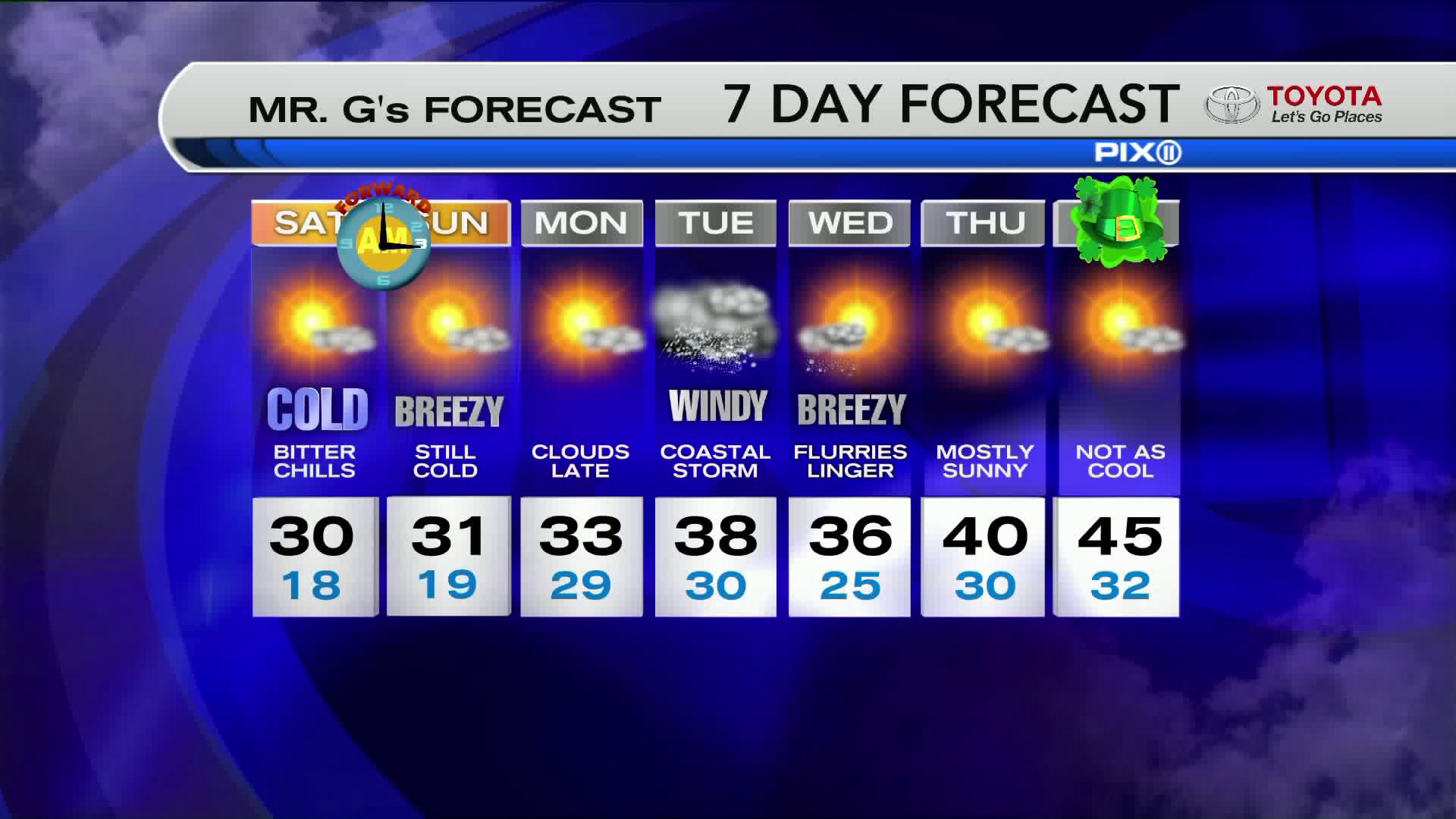 Tuesday's storm could be significant.

NEW YORK — The snow is over, for now, but brutal cold is moving in along with powerful wind gusts that'll make for a painfully frigid weekend.

The National Weather Service says the region is in for near-record cold as arctic air moves in after an earlier snow storm.

Temperatures fell into the 20s Friday evening and slush and standing water froze in some places.

Throughout the weekend, temperatures will struggle to get past the low 30s.

Friday's freeze will flirt with the record low, the NWS said. The coldest March 10 on record was in 1929 when the mercury in Central Park dipped down to a brutal 12 degrees.

After a brutally cold weekend comes the possibility for a strong coastal storm on Tuesday producing a "significant" amount of snow, the NWS said. It's still too early to say when that impending storm will hit on Tuesday or how much snow it will dump on the tri-state. PIX11 News will continue to monitor the system's path and relay the latest forecasts.