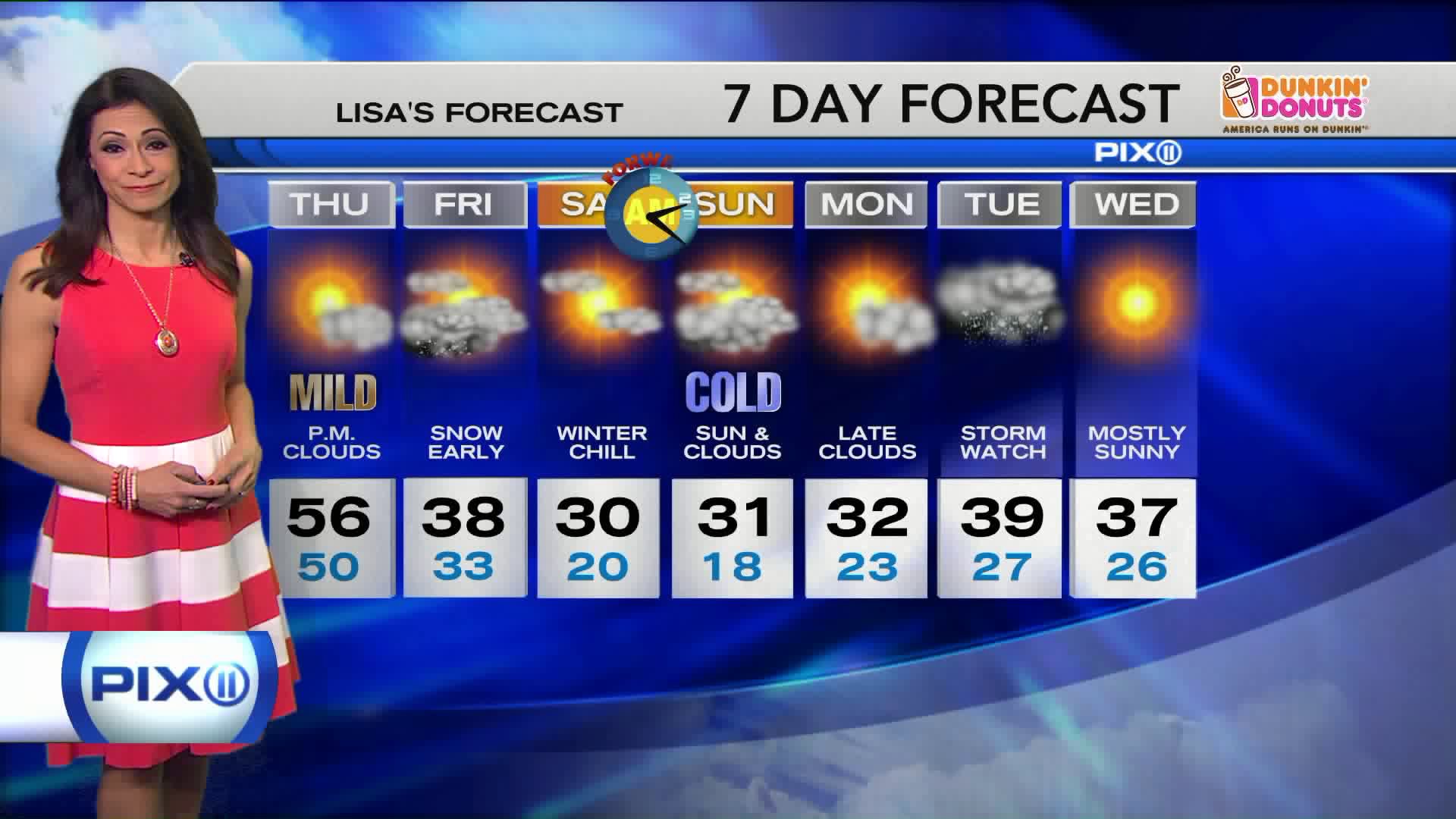 Today will be a touch cooler than yesterday but temperatures will still be above our seasonal average as highs reach the mid 50s. Snow is expected to move in late Thursday.

NEW YORK — A winter weather advisory has been issued for much of the tri-state ahead of a snow storm that's forecast to dump up to 5 inches in parts of the area.

The advisory is in effect from 10 p.m. Thursday until 2 p.m. Friday, according to the National Weather Service. It applies to all five boroughs, Long Island, northeast New Jersey, lower Hudson Valley and southern Connecticut.

Rain is expected to begin about midnight then change over to snow early Friday morning. It's forecast to last into early Friday afternoon, with as much as 3 to 5 inches of accumulation by the time the storm passes. Temperatures will hover around freezing, the NWS said.

Farther north along the I-84 corridor and into Dutchess and Litchfield counties, 2 to 4 inches of snow are expected.

Snow, sleet and freezing rain will cause treacherous travel and visibility could shrink to 1/2 mile at times. Commuters are told to give themselves extra time Friday morning and use caution while driving and walking.

It'll be starkly different than Thursday's sunny, warm weather -- and a departure from this time last year when Central Park broke a record on March 10, 2016, as it hit 79 degrees. This year's March 10 will look and feel more like winter than 10 days out from spring.

The normal high temperature for March 10 is 48 degrees, with a normal low of 33 degrees, according to the NWS.

The New York City Department of Emergency Management issued a warning Thursday afternoon urging New Yorkers to prepare for the storm and a weekend of dangerously cold temperatures.

High temperatures on Saturday and Sunday will struggle to climb into the low 30s, but both days will be dry.

Still cold, Monday will be sunny early followed by increasing clouds in the afternoon as another storm system moves toward the northeast.

It's still unclear what effect that second storm will have on the area, but it likely will bring rain and snow on Tuesday.