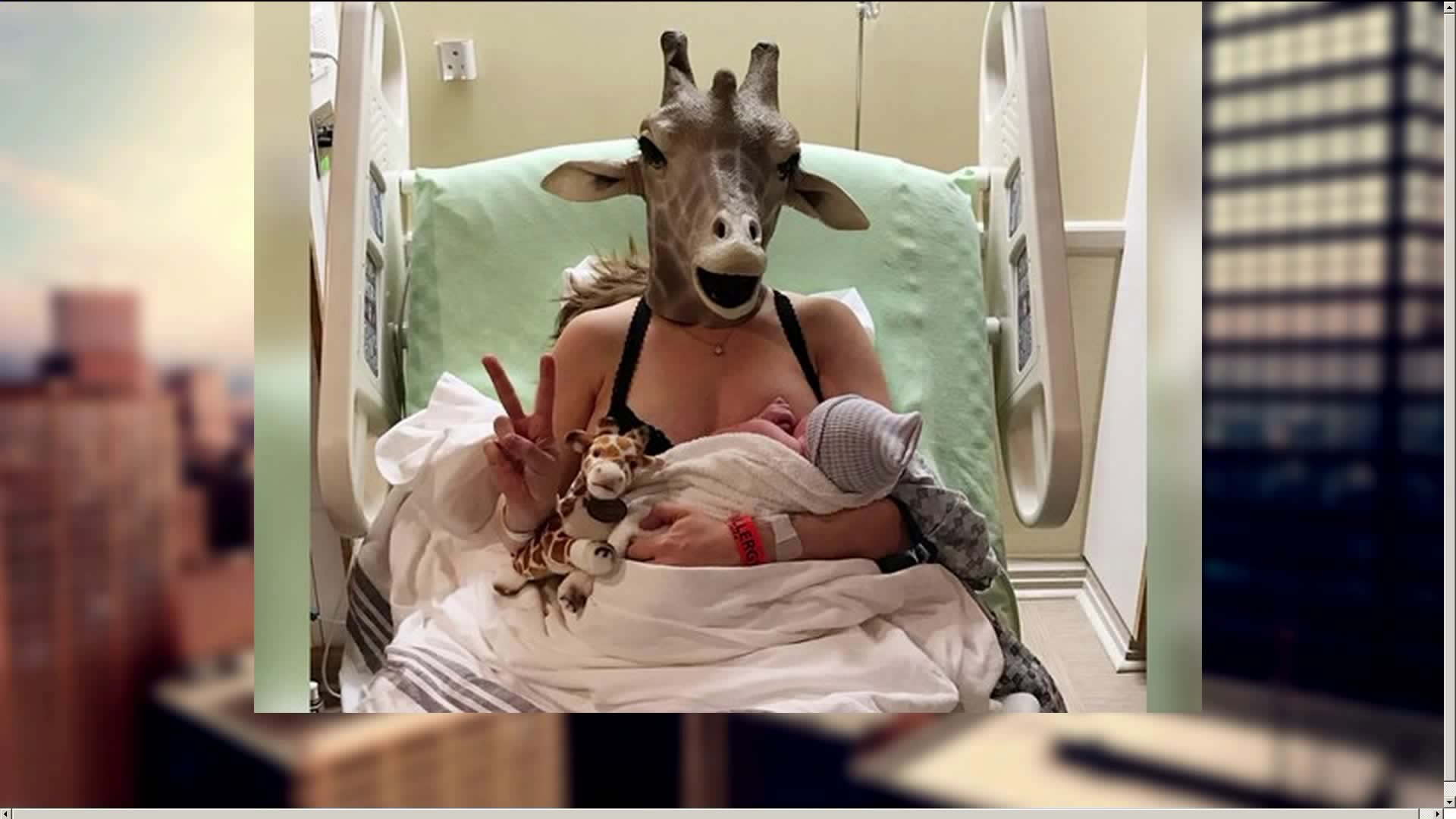 April the giraffe is still pregnant, but another "giraffe mom" gave birth to a baby on Wednesday.

HARPURSVILLE, N.Y. — April the giraffe is still pregnant, but another "giraffe mom" gave birth to a baby on Wednesday.

April kept vet's eyes "on the screen most the night and this morning," Animal Adventure Park wrote in its Thursday morning Facebook post.

The zoo said there's still no new calf, but the giraffe is in "great physical and mental condition." It urged fans to be patient even though it's been two weeks since the stream went live.

Possible rain and snow heading to the area will keep Oliver and April indoors.

On Tuesday, another "giraffe" gave birth.

Dietrich, donning a giraffe mask, was seen walking in circles around her "zoo pen" — the bedroom — and cradling her baby bump.

Animal Adventure Park offered its congratulations to the new parents.

"April doesn't appreciate the extra pressure, but she will get over it! Congrats to you Erin and your family!" the zoo said.

This will be April's fourth calf and the first for father, Oliver.

Giraffes are pregnant for 15 months, according to Animal Adventure Park. The calf will weigh around 150 pounds and be approximately 6-feet-tall at birth.

Once the calf is born, the zoo will hold a contest to name it.

The stream, however, was briefly taken down when animal rights activists flagged it as "sexually explicit," according to the park.

The zoo launched an official April the giraffe page where the livestream, emojis and latest updates and facts can be found.