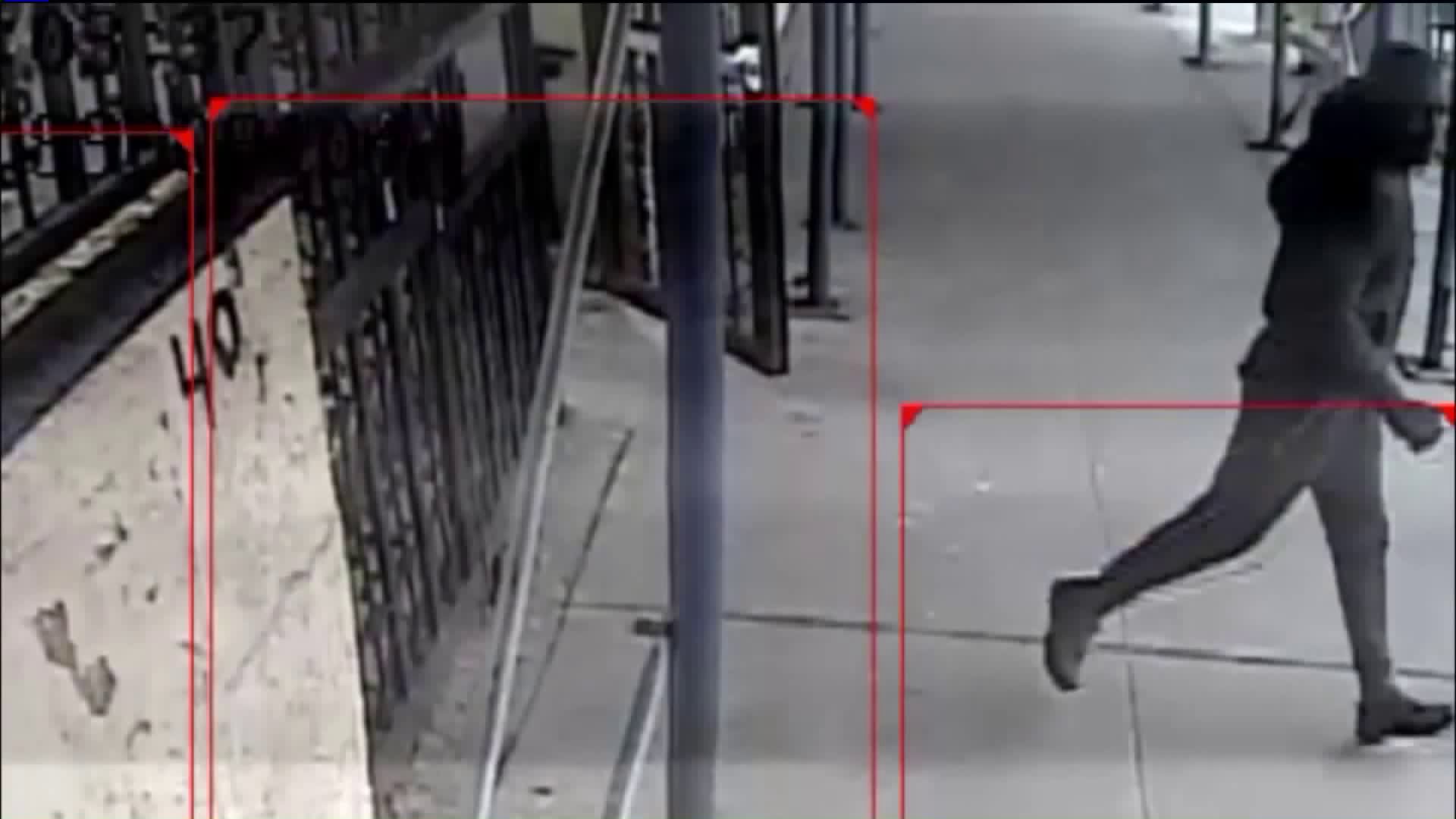 Cops released new video showing two men who ran from from the scene of a Bronx home invasion turned homicide on Grand Concourse.

The duo last seen sprinting the apartment building near 163rd Street Friday afternoon, according to the NYPD.

Police say Maria Carolina Sanchez Tirburcio plummeted to the courtyard of the building after falling from a fifth floor window. The 43-year-old was cleaning an apartment when the armed men burst inside, police said.

Her murder is a mystery to detectives.

It's still unclear whether she was pushed out or fell trying to save herself.

The man whose apartment Tiburcio was in, chased after the suspects with a gun.

Pedro Perez was later arrested for having the unlicensed pistol.

On Wednesday, detectives were back at the building interviewing tenants still stunned by the turn of events.

"You would think it would be safer with all the precincts in the area and the police department, they do the best they can," one woman said.

Residents complain the building owner has left them vulnerable to such crime.

"The gates are supposed to be locked," another resident said. "They're not locked. They're broken at entrances to the building."