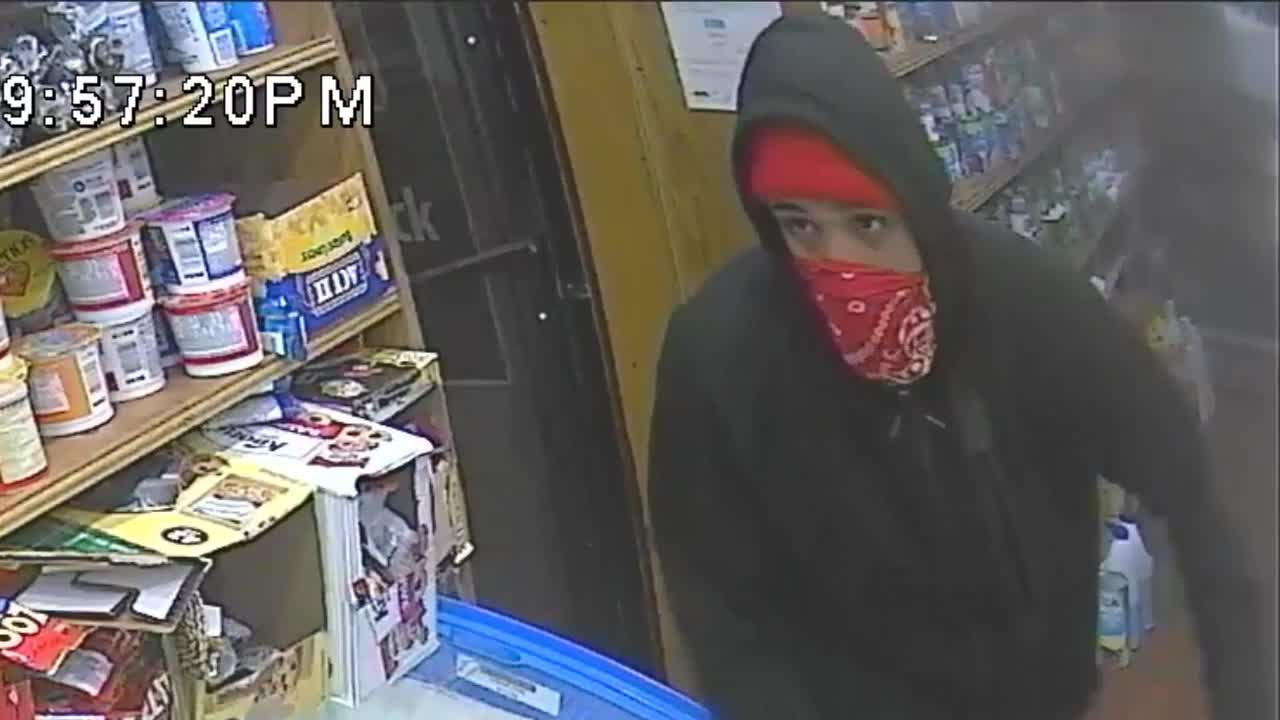 Police say the man also had a lookout standing outside the store.

The man pulled out a silver gun and demanded a 45-year-old employee at Zubaidi grocery store on East 174th Street give him money, police said. The man handed over money and the culprit fled the scene with a second man who appeared to be acting as a lookout.

No one was injured during the incident.

Police described the first man as being about 18-25 years old. He's about 5 feet 8 inches tall and weighs about 160 pounds. He was last seen wearing a black hooded sweatshirt, blue jeans and a red bandana over his face.

Police described the lookout as being 18-25 years old. He's about 5 feet 8 inches tall and weighs about 160 pounds. He was last seen wearing dark pants, a waist length coat and red and black sneakers.

The NYPD has asked for help identifying the two men.