Late-winter snow storm targets New York, NJ, Long Island; how much and when does it start? 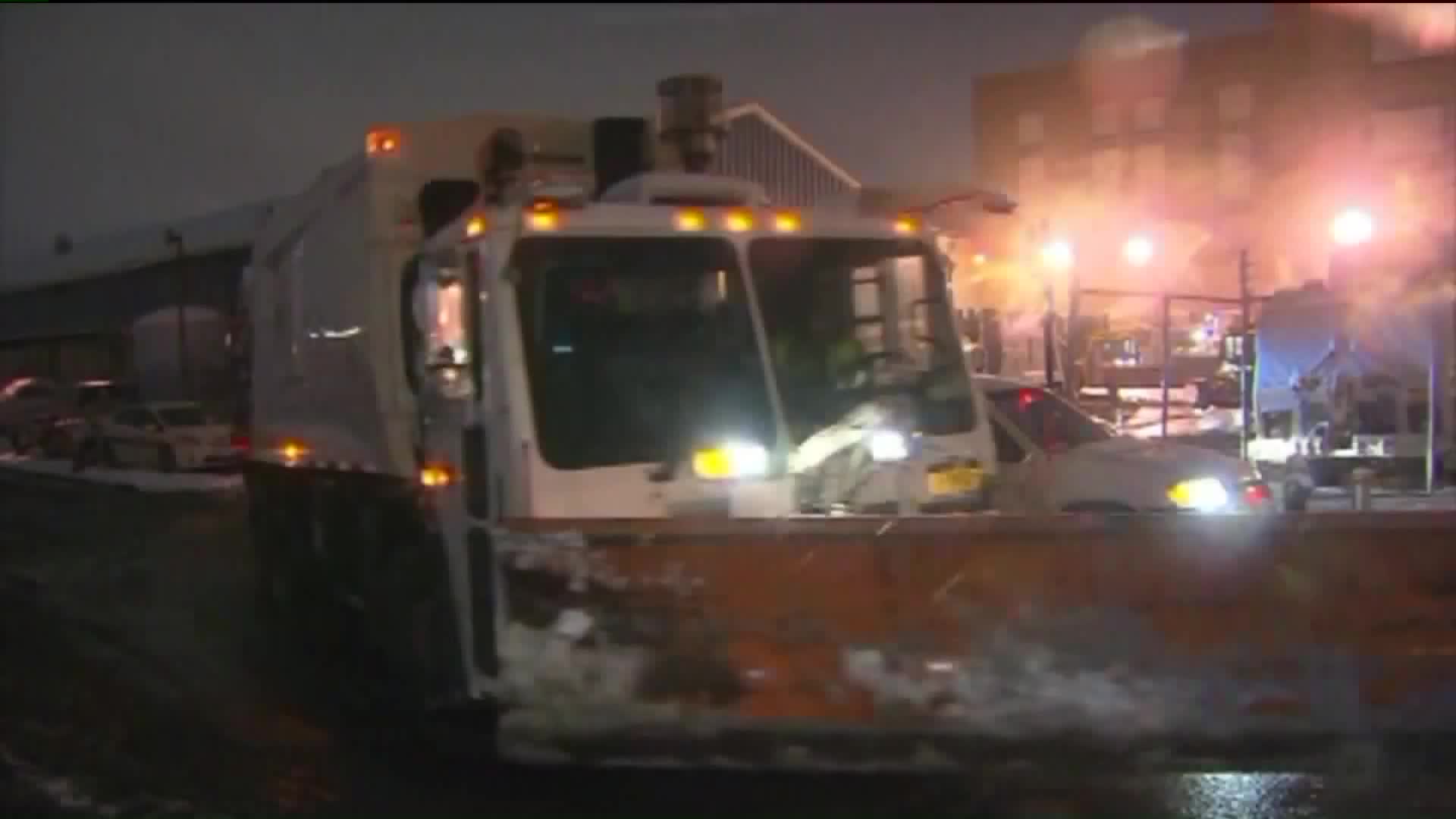 Here's when it will start and how much we'll get.

A winter weather advisory remains in effect for the rest of the tri-state area ahead of a snow storm that's forecast to dump up to 6 inches.

The alerts are in effect from 10 p.m. Thursday until 2 p.m. Friday, according to the National Weather Service. They apply to all five boroughs, Long Island, northeast New Jersey, the lower Hudson Valley and southern Connecticut.

The New York City Department of Emergency Management issued a warning Thursday afternoon urging New Yorkers to prepare for the storm and a weekend of dangerously cold temperatures.

Rain is expected to begin about midnight, then change over to snow early Friday morning. The switch to snow will be slow as temperatures keep dropping from the low 60s that were reached in much of the area Thursday afternoon.

The morning commute will feature wet and slushy snow, but most of the accumulation will be on colder surfaces.

Snow should taper off towards midday.

Final amounts will be 2 to 4 inches in the city, with 4 to 6 inches north of the city and on the East End of Long Island. Temperatures will hover around freezing, ensuring no rain mixes in.

Whatever happens, it'll be starkly different from Thursday's sunny, warm weather — and a departure from this time last year when Central Park broke a record on March 10, 2016, with a high of 79 degrees. This year's March 10 will look and feel more like winter than 10 days out from the first day of spring.

The normal high temperature for March 10 is 48 degrees, with a normal low of 33 degrees, according to the NWS.

Colder air will move in for the weekend with temperatures staying below freezing, well below normal. Wind chills will probably be in the teens.

Sunday looks cold but fine as a storm tracks south, but we there is a possibility of a coastal storm on Tuesday that could give accumulating snow.