Defunding National Endowment for the Arts would be ‘devastating’ for NYC: study 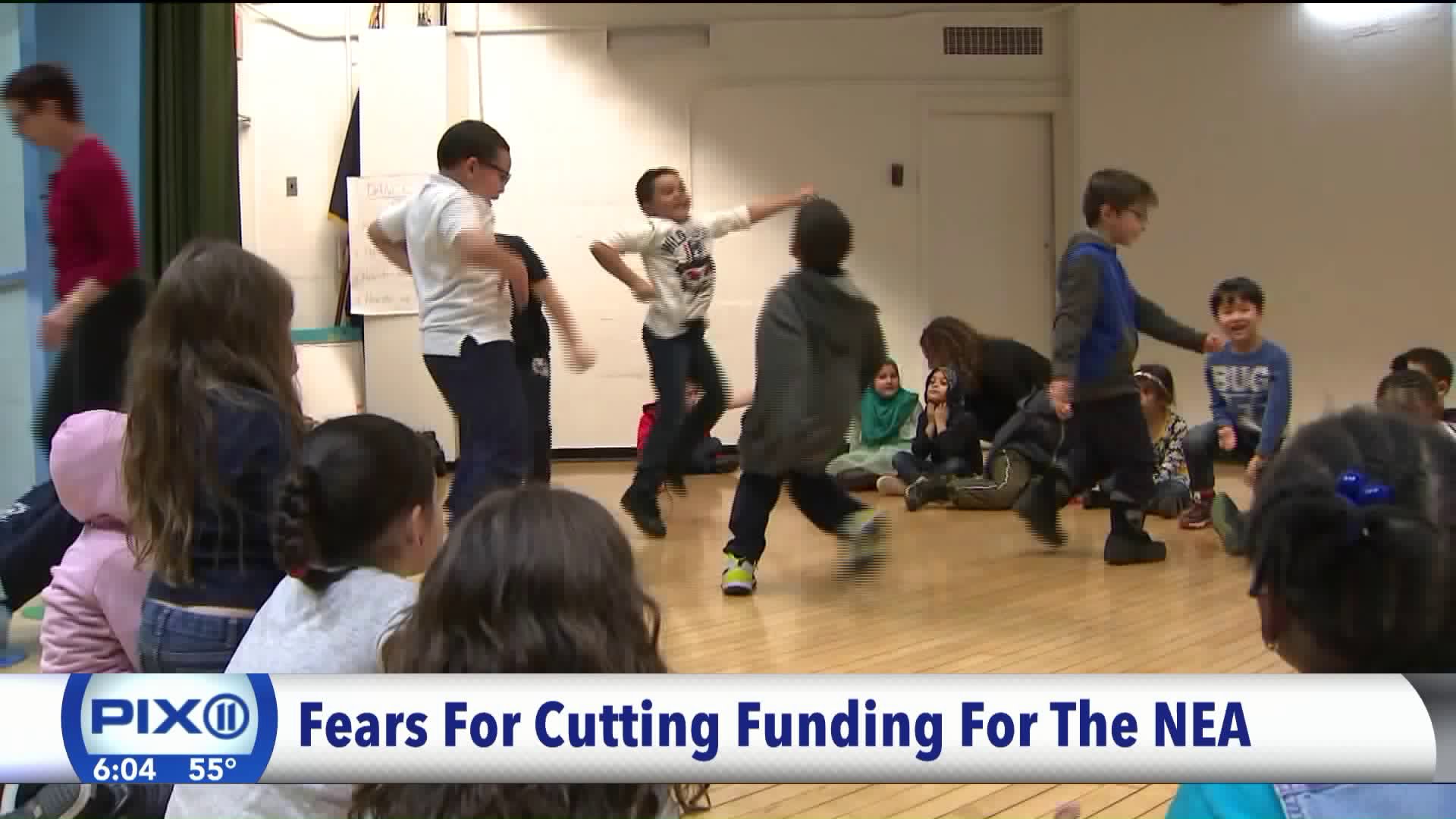 If the White House has its way, major parts of the education system could disappear.

WASHINGTON, D.C. — Some of the most important parts of kids' education could disappear if the Trump White House has its way and eliminates a small but influential government program.

The National Endowment for the Arts (NEA) provides grants that affect culture and impact things as essential as your child's ability to read well -- and President Donald Trump's proposed gutting of the agency would hit New York harder than anywhere else in the country.

"We're also the cultural capital of the world. For us, this is devastating," City Comptroller Scott Stringer said.

Stringer on Thursday unveilved a study conducted by his office that shows many dance, writing, visual arts and other programs in the city and throughout the tri-state could suffer heavily.

The NEA's budget is about $150 million per year -- or about 0.004 percent of the overall federal budget. Put another way: it's about a third of what is spent on military bands every year, or about 40 cents of your annual taxes.

A White House budget proposal wants to take that money and funnel it toward defense.

Stringer's report points out that while major institutions like the Metropolitan Museum would be affected, it'd be a small hit. But for neighborhood-based activities, those in communities, it would be disastrous.

Previous administrations have threatened to eliminate the NEA, but the agency survived thanks, in part, to studies like the one just released by Stringer's office.