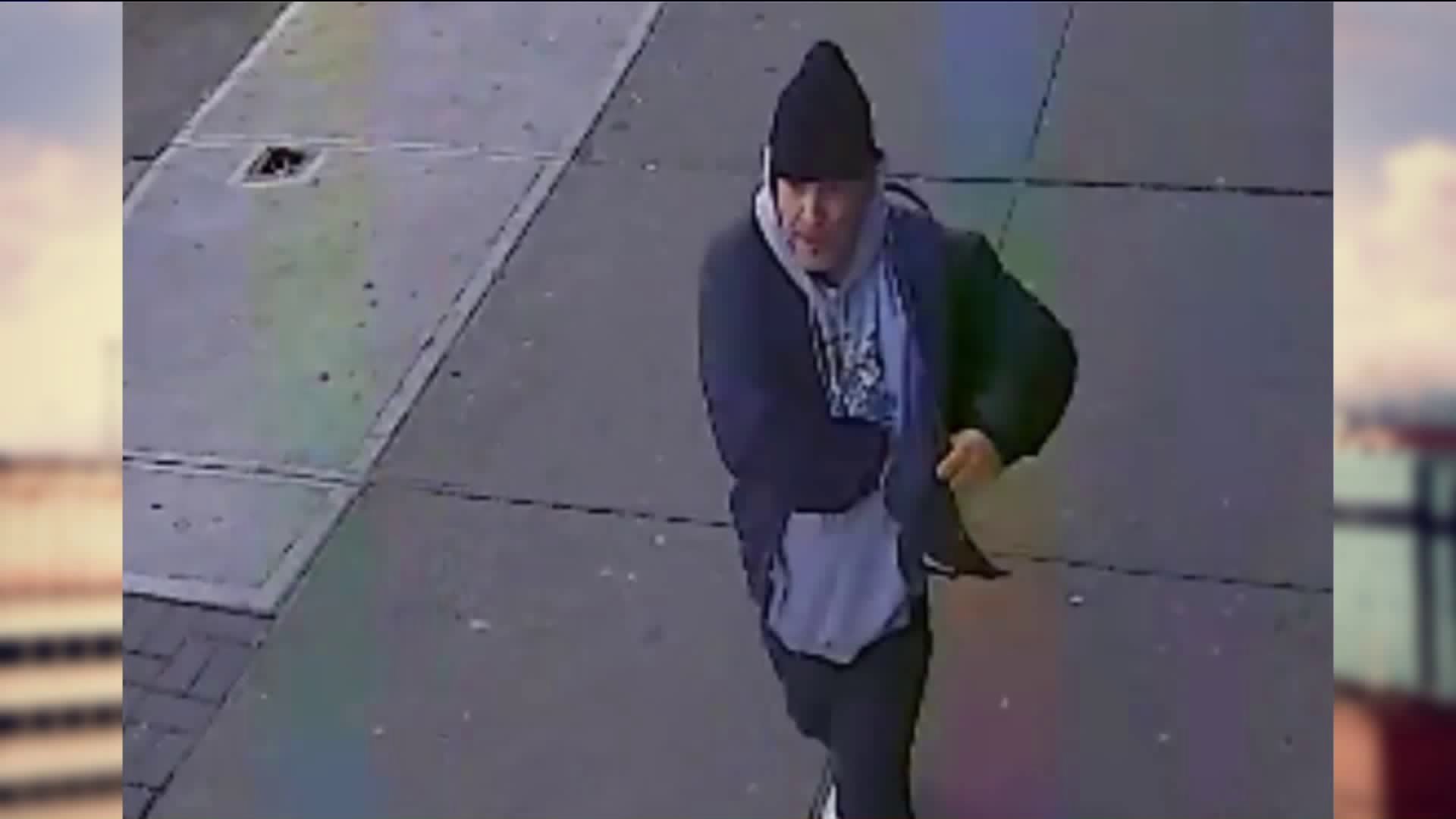 Police released footage of a man wanted in connection with the attempted rape of a 31-year-old woman in the Bronx last Saturday.

THE BRONX – Police released footage of a man wanted in connection with the attempted rape of a 31-year-old woman in the Bronx last Saturday.

Authorities say the victim walked into her building in the area of Crescent Avenue and the Grand Concourse at around 2:40 p.m. The culprit, who was already in the building, allegedly followed the victim to her second floor apartment and put her in a chokehold when she opened the door to her apartment. He then forced his way inside her home, police said.

Once inside the man allegedly told the victim not to scream and touched her chest. However, she screamed and the culprit fled the scene.

The attacker is described as being 5 feet 8 inches tall, about 200 pounds with a light complexion. Police say the culprit, who is about 45 years old, was last seen wearing a black hat, black jacket, gray hooded sweatshirt, blue jeans and white sneakers.