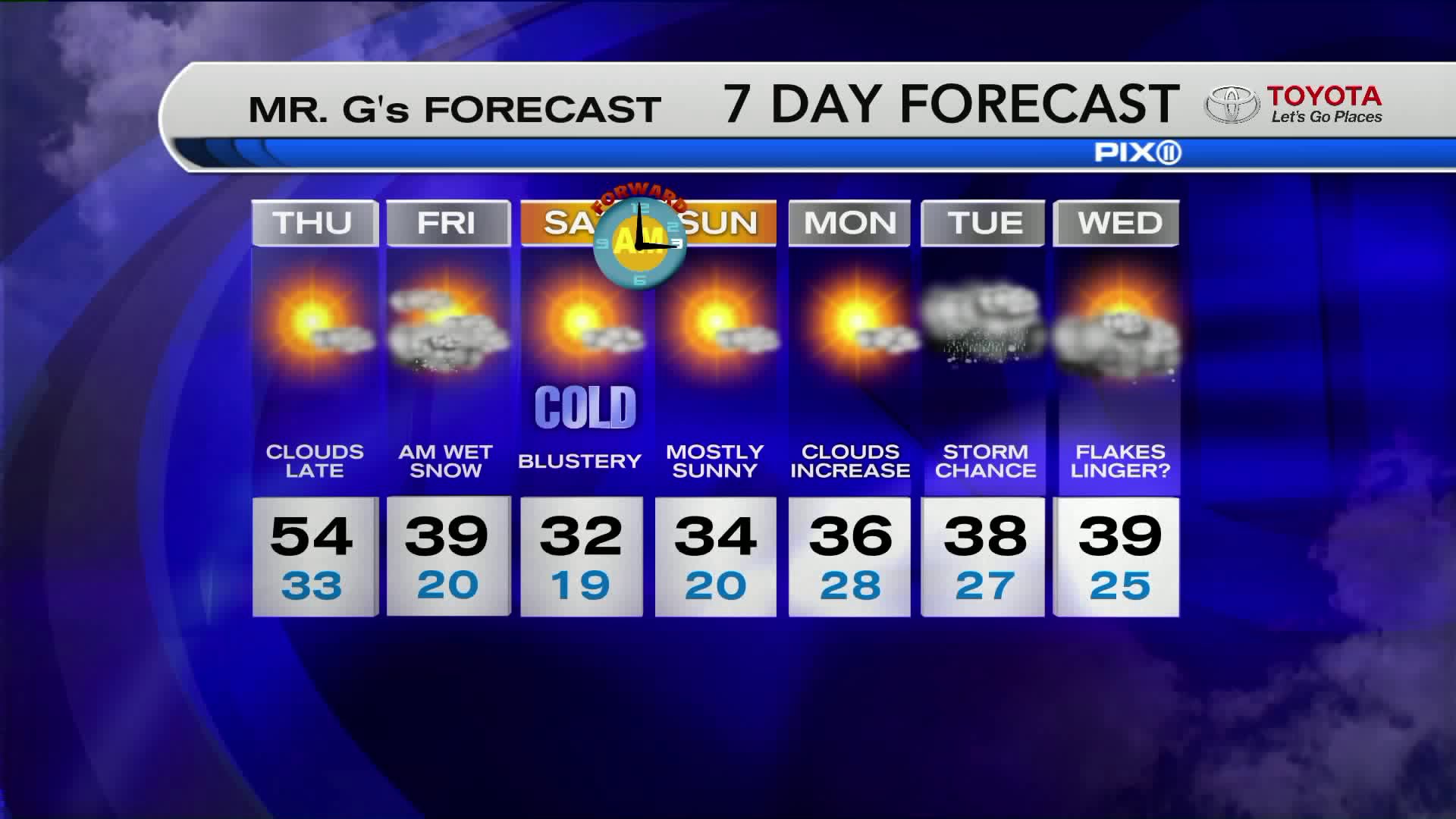 Cold air moving into our area brings the possibility of snow.

NEW YORK — After a warm, Spring-like week, winter returns as 1-3 inches of snow is expected to dust the tri-state area Friday.

Clouds will begin to increase late in the day on Thursday as a cold front settles just south of New York.

It could initially start out as some showers along the coast late Thursday night but eventually colder air moves in allowing for a changeover to snow. The snow should last through the morning commute before it finally tapers off during the middle part of the day.

Because the snow is "late season snow" — there is no telling how much snow will actually stick to the ground. For now, a general 1-3 inches of slushy snow is expected, especially on colder surfaces.

Snow develops late Thursday night and lasts through Friday Morning. The Fri. AM commute is shaping up to be slushy one @PIX11News pic.twitter.com/ouEvr3m0HN