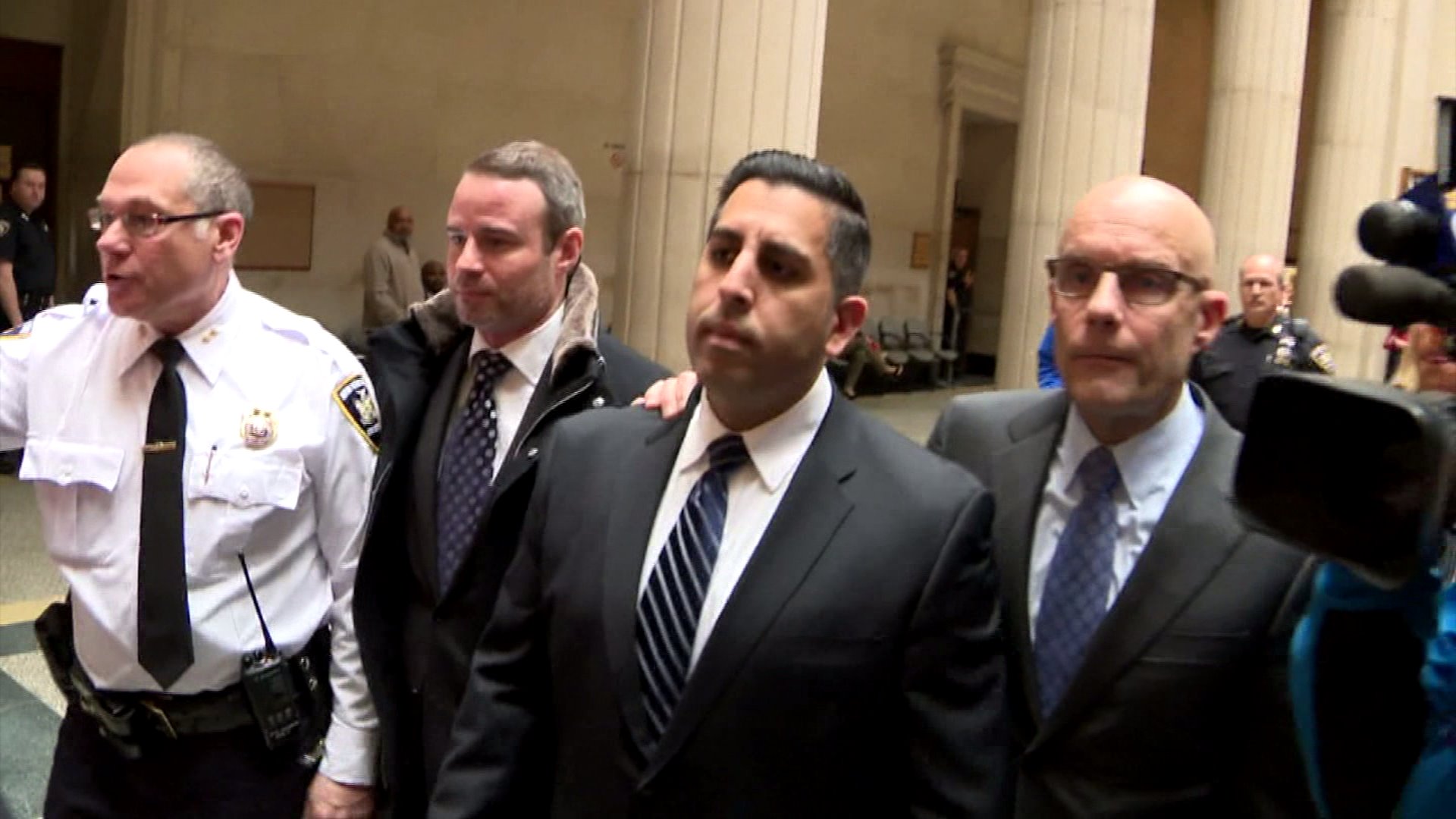 The officer was charged with assault and filing falsified paper work about it.

MINEOLA, N.Y. — A police officer involved in a violent arrest outside a bar has been charged with assault and filing falsified paperwork about it, but his attorney said the officer was merely defending himself against an unruly mob.

Anthony Federico, 36, was freed without bail Wednesday after pleading not guilty in Nassau County Court.

Prosecutors said the charges stem from his May arrest of two brothers after Federico was dispatched to a fight between two groups of people outside a Long Island bar.

They said that Federico discharged his stun gun several times during the confrontation and struck one of the men in the head with the weapon. The man later required stitches for his injuries, prosecutors said.

Defense attorney William Petrillo said he would vigorously fight the charges. "The evidence will be clear that reasonable and necessary force was used at all times," he said.

Attorneys for the two men, who still have charges pending against them from the brawl, insisted in a joint statement that the men were innocent victims of a violent assault by the officer and were wrongfully arrested.

"Any suggestion that these victims assaulted or attacked Officer Federico is quite simply a false narrative," said Daniel Russo, who represents 20-year-old Brendan Kavanagh, and Dennis Ring, who represents 26-year-old Kevin Kavanagh.

Besides assault, the officer was charged with falsifying documents stemming from the encounter.

Petrillo said a video purportedly shot by a bystander also would help to exonerate his client while attorneys for the men said the video would vindicate their assertions.

A spokesman for District Attorney Madeline Singas said the video was not part of the public record at this time.

About 200 officers and supporters protested outside the courthouse and the Rockville Centre police commissioner issued a statement supportive of Federico, who remains on active duty, according to his attorney.

Petrillo said the officers supporting Federico were concerned "that this type of indictment just creates an anti-police sentiment or that this type of action sort of puts the police under a microscope and feeds into what much of the country now is saying" about alleged police misconduct.