Neighbors say street parking is being overtaken by mail trucks 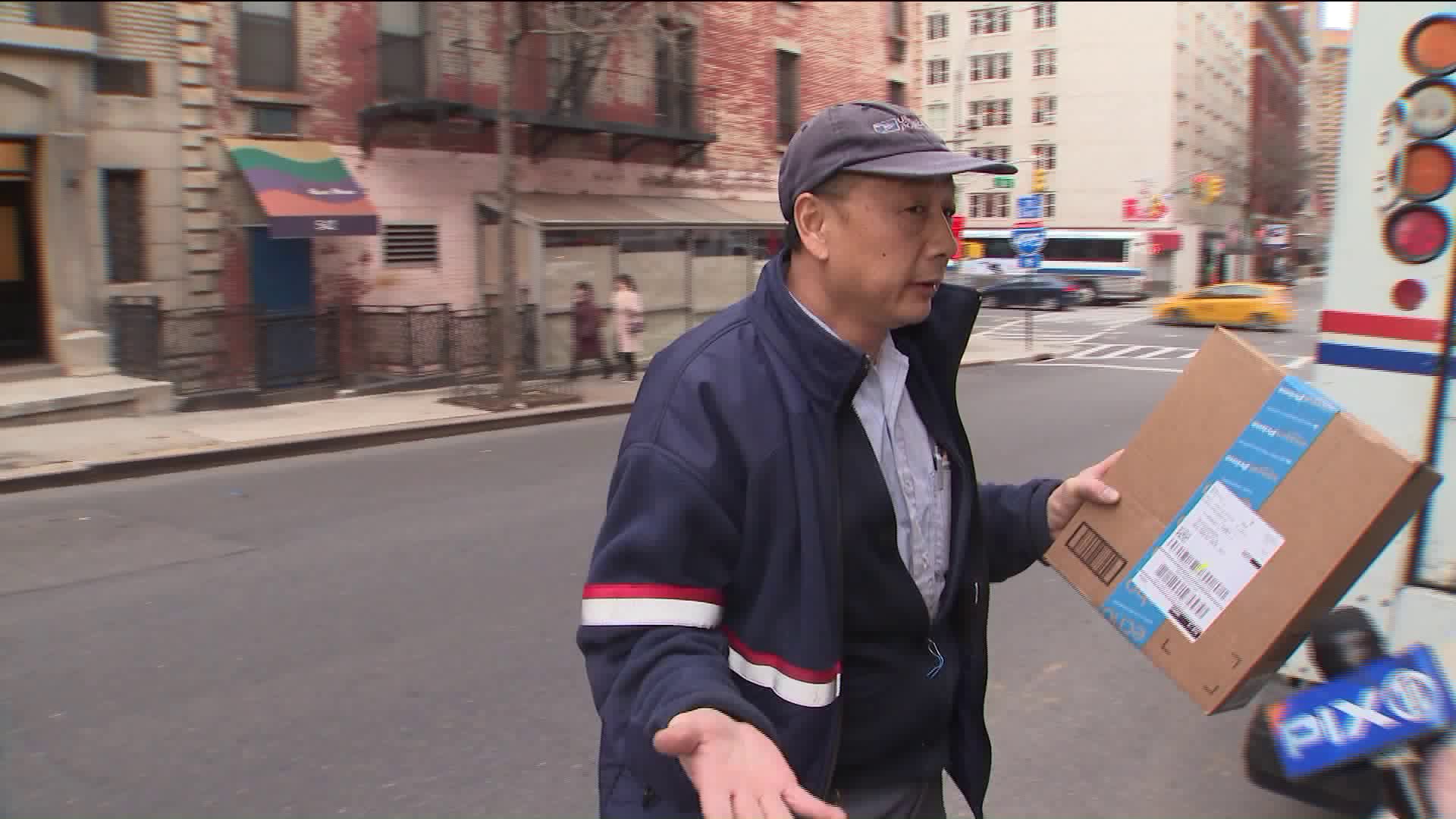 What a shame, Arnold says!

The U.S. Postal Service has a garage on East 36th Street between Second and Third avenues in the Murray Hill section of Manhattan.

When we paid a visit to the garage one evening last week, there were mail trucks parked inside but there were also many empty spaces.

That’s one reason why residents who live just up the block on 36th, between Third and Lexington avenues, are angry.

You see, the U.S. Postal Service is using their block to park its mail trucks, sometimes taking up almost all the spaces on the street.

Exacerbating the problem is the fact that parking is only allowed on one side of East 36th Street, and it is designated for 3-hour commercial parking only, from 7 to 7, Monday through Saturday.

But starting at about 4 p.m., the drivers of the mail trucks, at the end of their shift, begin snatching up the street spaces. The trucks remain there until the morning.

The drivers say they’re just following orders. They know the residents are not happy about them taking up the spots on the street.

“The people don’t like it,” I said to one mailman as he exited his truck.

He responded, “We don’t like, it too. This is not our fault."

He showed me the dog poop that one angry resident had put on the side of his truck.

Neighbors said it’s illegal for the trucks to park overnight. We checked the NYC Traffic Regulations. It does say commercial vehicles are prohibited from parking overnight. However, the postal trucks do not have commercial plates and are apparently exempt from that regulation.

Last year, Congresswoman Carolyn Maloney, after being contacted by residents on the block, asked the Manhattan Postmaster to look into the problem.

Postmaster Kevin Crocilla responded, “We understand that parking is a premium and have devised a solution to alleviate some of the congestion in the area. Effective August 6,2016, we will remove 6 trucks from overnight on-street parking.”

But the residents I spoke with say the problem is as bad as ever.

“They have all the empty spots in their parking garage,” said one man. “It drives me bananas.”

When we went into the garage,we did see many empty spaces.

Iasked the manager in charge, “Why don’t the trucks park here?”

She wouldn’t answer any questions and ordered us to leave.

But Xavier Hernandez, a USPS spokesperson, told me, “We may be saving a spot for a vehicle to come in that may not be able to park on the street.”

He says the post office is part of the community and as such "will maintain a presence on the street.”

The residents say more should be done, complaining the line of mail trucks on their block makes it look like “a commercial parking lot for the postal service.”

Sometimes the mail trucks are left on the street for the entire weekend, and on some holidays.

Neighbors say it is ugly, creates pollution and often blocks the entrance to their buildings, forcing them to double park for loading and unloading, adding to the snarled traffic of vehicles on their way to the Midtown Tunnel.

If you have a story, email whatashame@pix11.com.