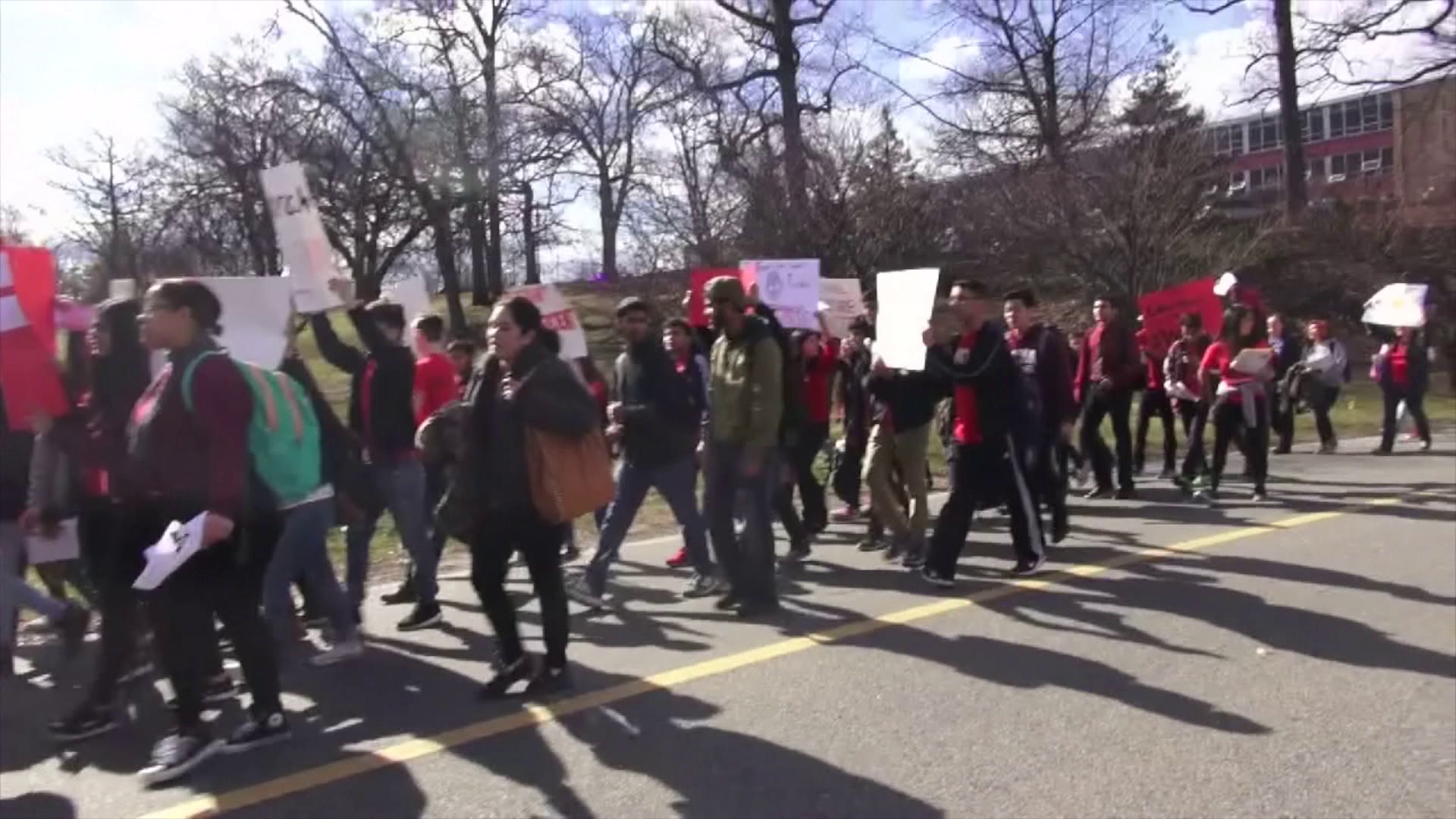 Millions of dollars have been diverted from the school.

CLIFTON, N.J. - Right after the high school let out, students poured down Colfax Avenue toward Clifton City Hall. They chanted "fairly fund Clifton!" An estimated $50 million per year in state funding has been diverted, according to board of education members. In all, they tally a total of $450 million that may be missing over the course of nearly a decade.

“They withhold $50 million from us, yet they overfund other school districts. Some districts get 100% or more from the state of New Jersey, yet we only receive 35 percent," said Carlos Polanco, President of the Clifton Student Union.

A Clifton dad, Joe Canova, started the online petition that set this all off. He blames the current New Jersey school funding formula for the uneven distribution of state funds to schools.

"I'm glad to see all these students come out and fight for what they deserve," he said. "I have my daughter here, she’s in kindergarten. She has another 11 years or so to go in this school system, and I just want what’s best for her."

Governor Christie has called the state’s funding formula a failure. He has stated that 31 urban districts eat up about $5.1 billion of the $9.1 billion funding pie for all public schools.

In Clifton, teachers and programs have been slashed.

“We have textbooks that talk about the genome project, but that was completed in 2003. It’s now 2017. And it is not because of the board’s lack of action, it’s really they have not been funded properly by the state of New Jersey since 2008, when the funding formula was changed," said Polanco.

The students are demanding a meeting within the next month with state legislators. They want to meet with State Senate President Steven Sweeney, as well as a number of other committee chairs.

Over 1,500 have signed the online petition so far.