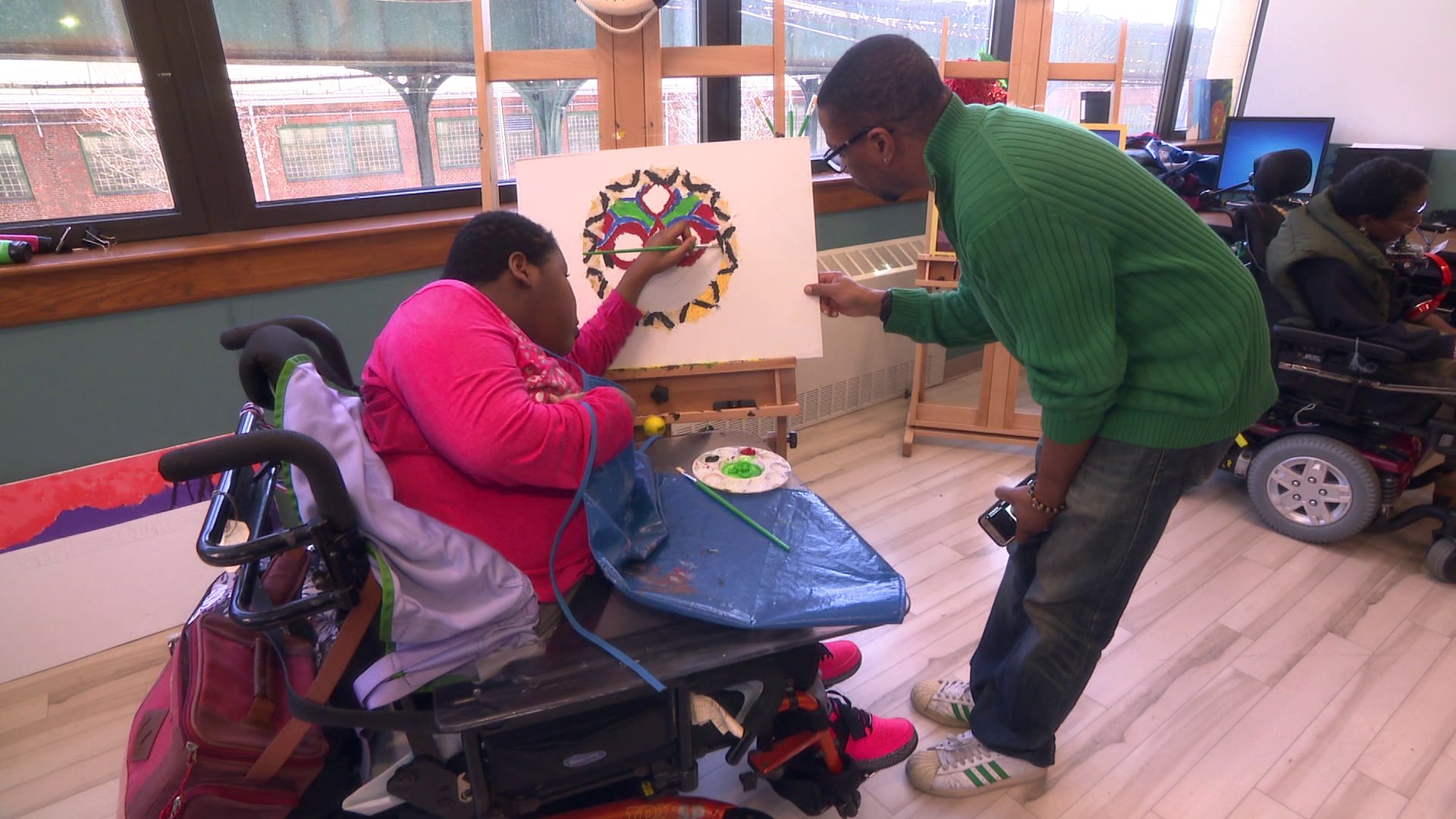 Tamsen Fadal sits down with the CEO of ADAPT Community Network to see how the nonprofit has helped those with disabilities for 70 years.

“I want people to know that we’re regular people!" It's a strong, simple message Denikah Prescod hopes will resonate. She said, "People are always afraid to ask me about certain things because of my disability."  The 26-year-old is trying to change that perception, creatively. She’s exploring her artistry in Inwood at one of the many ADAPT Community Network centers. “It’s really hard having a disability so it’s kind of good having a place like this to just come and be around the same people as you," she smiled.

The city-wide nonprofit, formerly known as UCP of NYC, began bringing New Yorkers with disabilities together 70 years ago. At the helm of it all is Ed Matthews.

“We have to adapt to the world and the world has to adapt to people with disabilities," Matthews explained. "Life is a series of adaptations.”  And during the past 30-plus years, this longtime CEO has done just that, increasing the number of people helped by more than 250 percent. “[I] found a field that I thought I could make a difference in and something I thought was really important to me," he said of why he first got involved in 1986.

ADAPT offers a wide range of support and services from technology and housing to job placement and childhood education across the five boroughs utilizing the very latest in assistive technology. And the art program we visited seems to truly bring out something special.

“One of the ways people with disabilities learn to express themselves is through art and it has really been a remarkable transition for them and for us," Matthews described. "They sell their works commercially and they get to keep the money.”

You can even see their artwork throughout the center, every piece was created in-house. Matthews wants more people to have access to this opportunity.

“What I’d really like to see is us be able to expand our reach and network with other organizations so we have a very wide array of services for anyone who needs it.”

For people like Denikah, who has evolved and flourished after more than four years here, it's making a difference.

“I was really really shy when I first got here but now that I know everybody and have learned new things, I’m more confident," she said.