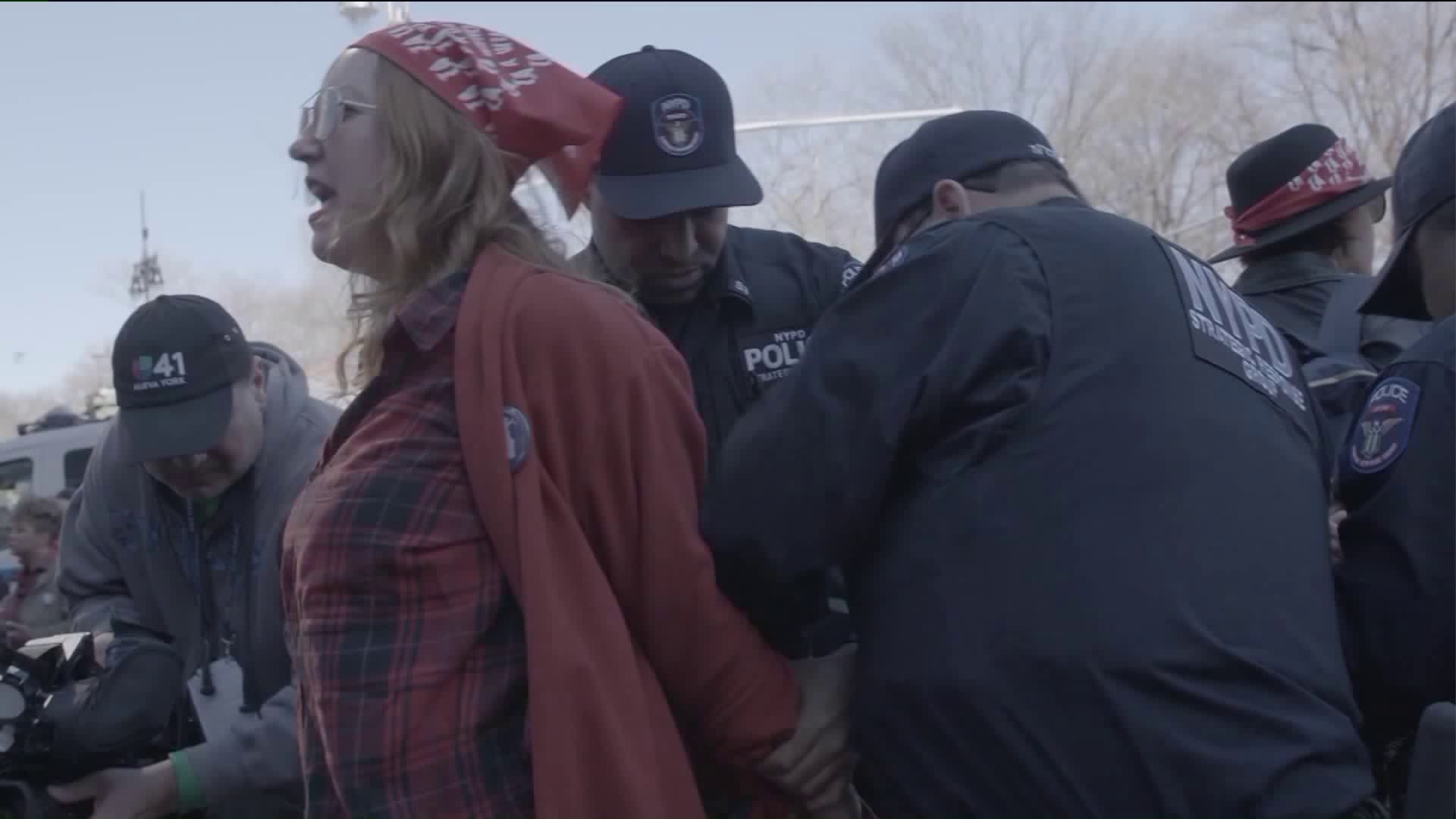 WASHINGTON — Thirteen women are in custody after being detained outside the Trump International Hotel and Tower during the "Day Without a Woman" march, according to the New York City Police Department.

NYPD would not confirm who was detained, but the Women's March said some of its organizers were "arrested."

The Women's March said the detainees include Tamika Mallory, Linda Sarsour, Carmen Perez and Bob Bland. The group posted about the incident on its official Twitter account.

"Some of us have been arrested #DayWithoutAWoman," one tweet reads.

A second tweet from the Women's March twitter account, says: "We are not sure what precinct we are being taken to at the moment. But we are together, reSisters. #DayWithoutAWoman."

We are not sure what precinct we are being taken to at the moment. But we are together, reSisters. #DayWithoutAWoman pic.twitter.com/r10WBikdl8

Protesters took to the streets across the country Wednesday, marking International Women's Day and the "Day Without a Woman" strike.

The general strike, which has garnered support from the Women's March, was to bring attention to "the enormous value that women of all backgrounds add to our socio-economic system -- while receiving lower wages and experiencing greater inequities, vulnerability to discrimination, sexual harassment, and job insecurity," according to the Women's March website.