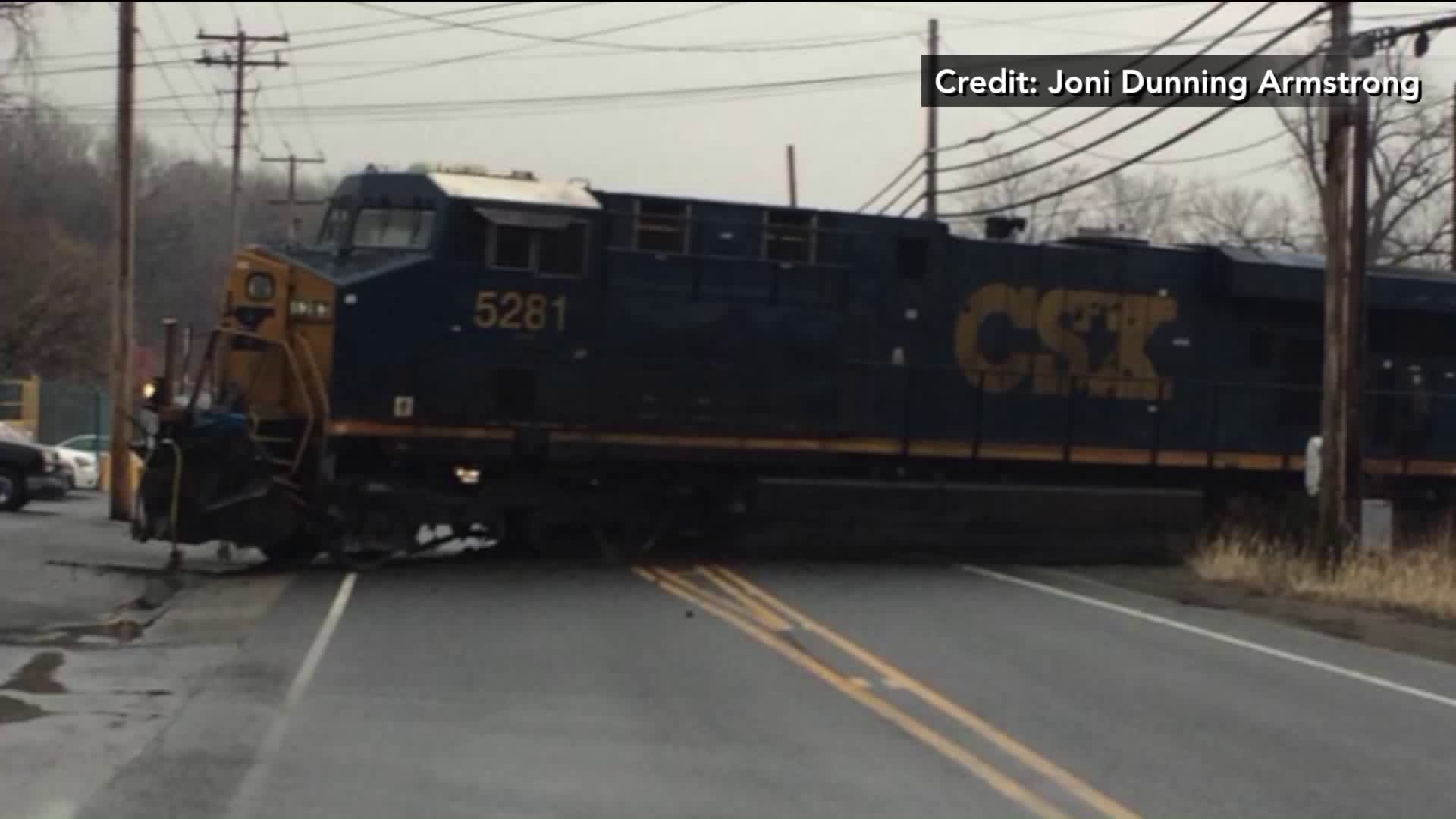 The train was on the way to Selkirk, New York from Georgia.

The lead locomotive of the train ended up straddling both lanes of a two-lane road in Newburgh, 60 miles north of New York City.

State police say the train derailed after striking a vehicle or front-end loader.

The train was traveling from Selkirk, N.Y., to Waycross, Georgia.

CSX spokesman Rob Doolittle says there are no reports of any leaks or spills. He says the train was carrying sulfuric acid, sodium hydroxide, cardboard, corn oil and glass products when it derailed Tuesday afternoon.

"Most terrifying thing I've ever seen," said witness Joni Dunning Armstrong. "Sitting at a stoplight and seeing a train, on fire, jump the tracks and start up the road behind you. Don't think anyone was hurt."

It's unknown if there are any injuries.