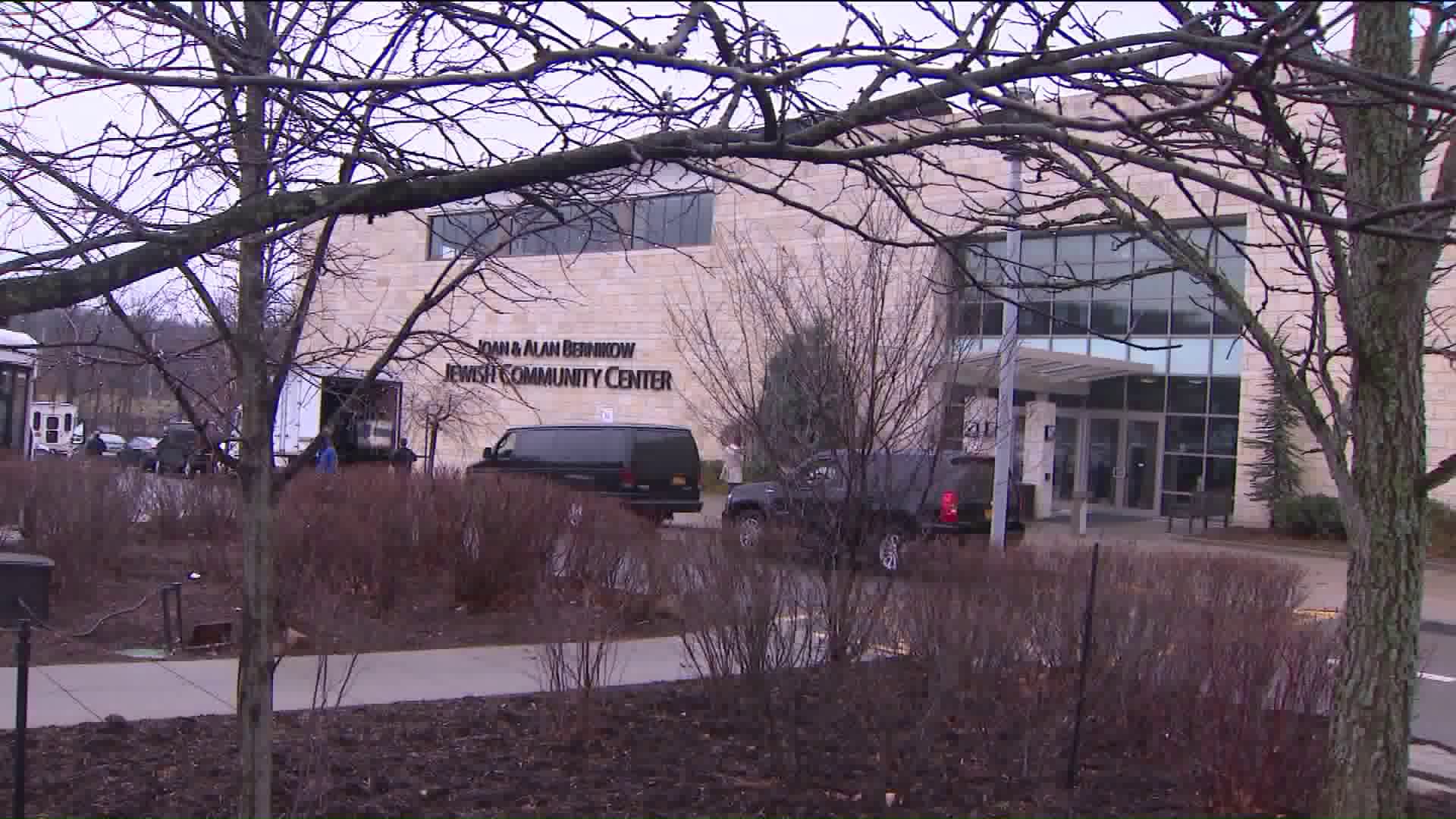 The plan comes after a bomb threat was called into the Anti-Defamation League.

MURRAY HILL, Manhattan — Continuing an "unprecedented" swarm of anti-Semitic incidents sweeping the nation this year, numerous Jewish centers received bomb threats across the country Tuesday, including the Anti-Defamation League's headquarters in Manhattan which was targeted for the second time in less than two weeks, officials said.

The NYPD responds to reports of a bomb threat at the Anti-Defamation League in Manhattan on March 7, 2017. (Aliza Chasan / PIX11)

Five threats were made to New York City Jewish facilities Tuesday, including a bomb threat made to the ADL's Manhattan headquarters, NYPD Department Chief of Detectives Robert Boyce said at a news conference.

This is the second time the Manhattan office has received a bomb threat in less than two weeks.

“This is not normal, we will not be deterred or intimidated,” Bernstein said,

Tuesday's incidents are just the latest in a wave of anti-Semitic acts so far this year.

Federal officials have been investigating more than 120 threats against Jewish organizations in three dozen states since Jan. 9 — not include the ones mentioned above — in addition to a rash of vandalism at Jewish cemeteries, the Associated Press reports.

The Jewish community has reason to be fearful, according to Mayor Bill de Blasio.

“We have not seen anything like this in many years; this level of hatred directed against the Jewish community, this many threats. So we’re really in an unprecedented moment,” de Blasio said.

People were evacuated from the Anti-Defamation League in Manhattan on March 7, 2017. (Aliza Chasan / PIX11)

Even before the most recent threats were made, the mayor, NYPD officials and Jewish community leaders already planned to meet Tuesday to discuss the rise of anti-Semitic acts.

They appeared side-by-side at a news conference to discuss the meeting as news broke of threats made to the ADL.

"This is a very troubling reality," de Blasio said. "This is a moment when forces of hate have been unleashed."

The mayor urged anyone witnessing an act of hate or physical attack to immediately call 911; anyone who suspects they may have information about something that has occured is directed to call 311.

The ADL began tweeting about the ongoing situation at about 10:15 a.m., saying "multiple" bomb threats were made.

Employees at the Manhattan office were evacuated voluntarily, and told they could re-enter the building around 11:30 a.m.

Last week, police made an arrest in connection with a bomb threat made at the Manhattan ADL office on Feb. 22.

“We are working with law enforcement officials to determine if it is connected to similar threats against Jewish institutions across the country,” ADL’s CEO Jonathan Greenblatt said in a statement.

“This is not the first time that ADL has been targeted, and it will not deter us in our efforts to combat anti-Semitism and hate against people of all races and religions.”