‘A day without a woman’ strike: What to expect 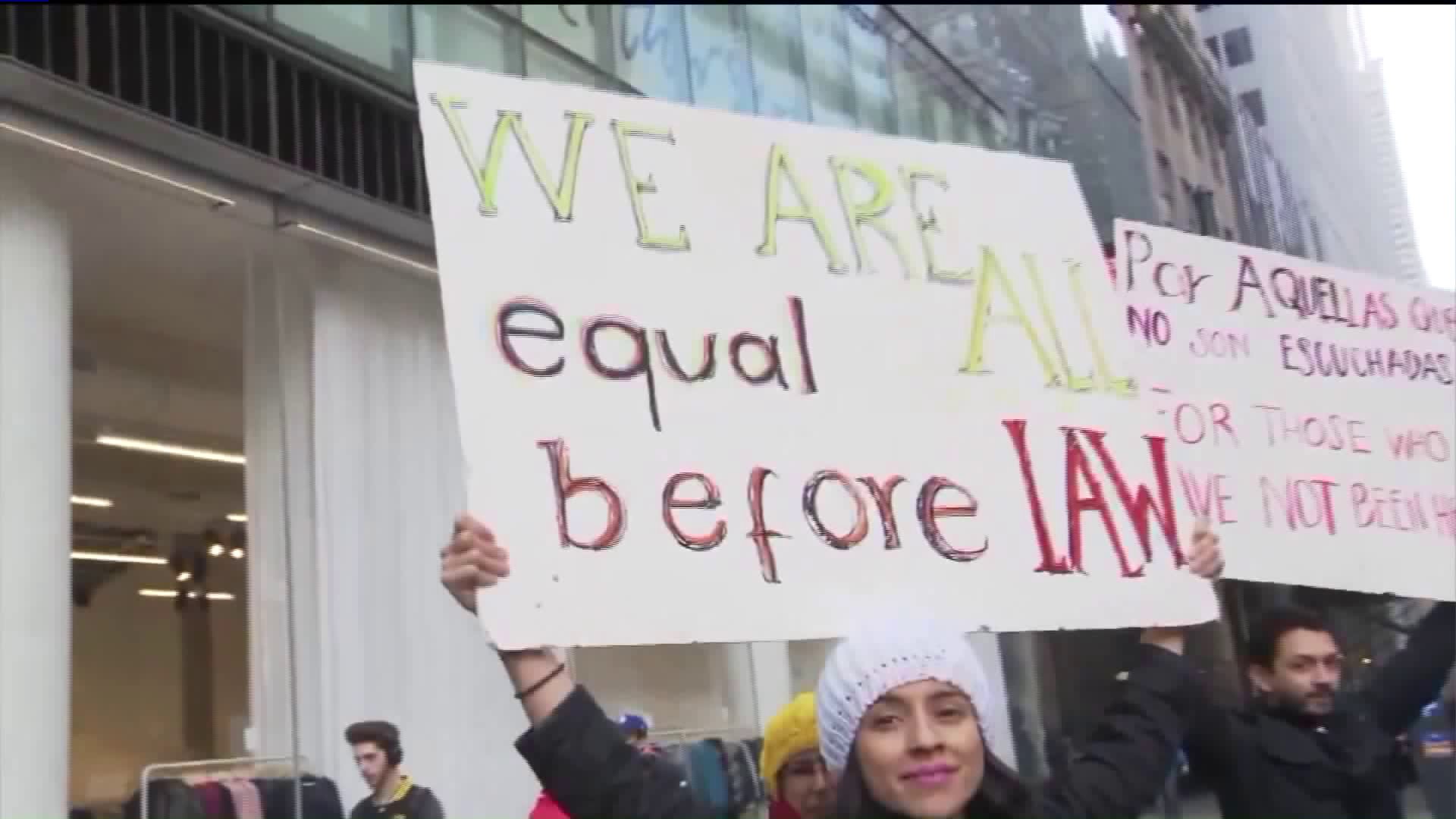 Thousands of women around the world are expected to participate in `A Day Without Women.`

Demonstrators at the Women’s March on Jan. 21, 2017 in Washington, DC. (JOSHUA LOTT/AFP/Getty Images)

Schools and school districts have announced ahead of the national “A Day Without a Woman” strike planned for Wednesday that they will be closed, as much of their staffs plan to participate in the demonstration.

In New York, Virginia, and North Carolina, schools, from preschools to colleges have announced  cancellations, while elsewhere groups plan to stage walkouts, marches, donation drives, or silent protests throughout the day.

The strike’s organizers, who also coordinated the massive Women’s March on Washington on Jan. 21, have encouraged participants to refrain from work on Wednesday — which is also International Women’s Day — to wear red, and to only shop at businesses owned by women. The goal is to to underscore the “economic power and significance that women have in the U.S. and global economies, while calling attention to the economic injustices women and gender nonconforming people continue to face,” organizers said in a statement.

Here is more information on how participants are getting involved in the strike:

1. Wear RED in solidarity
2. Women strike from paid and unpaid work
3. Avoid spending money (with exceptions for small, women and minority-owned businesses)
4. Tweet and post what you're striking for on 3/8 using the hashtag #IStrikeFor.
5. Post a photo of yourself on social media with this caption: "A #DayWithoutAWoman is a day without me."

The effects of the strike could be wide-reaching: women make up more than 75 percent of the nearly 4 million members of the nation’s elementary and secondary school teaching force, according to the U.S. Department of Education. Behind secretarial and administrative positions, teaching is the second most common occupation for American women.

“It is my determination that we will not have enough staff to safely run our school district,” said CHCCS District Interim Superintendent Dr. Jim Causby in a Thursday note to parents. “While Chapel Hill-Carrboro City Schools values and supports its female employees, the decision to close schools is not a political statement. It is entirely about the safety of students and the district’s inability to operate with a high number of staff absences.”

Twenty percent — or 400 of CHCCS’ 2000 staff members across its 20 schools — are expected to be absent on Wednesday, a district spokesman said. Typically, only 100 are absent on a given day.

Not everyone is happy with the district’s decision to shutter operations.

“What about the single moms or dads that now have to stay home and won't get paid for that day?” Jessica Miller Hackett, a CHCCS parent, asked on Facebook in a response to the district’s statement. “What about people that don't have family nearby to watch their children? What if a parent has no [vacation] time to take and they could possibly get fired? It's not just standing up for a cause — it could be potentially very damaging to some families.”

Hackett’s criticism resonates not only with other commenters, but also with other women who feel those with economic constraints will be left out of the event. The National Women’s Law Center (NWLC) reports that in North Carolina alone, women make up almost 70 percent of the state’s minimum wage workers. Nationally, women account for almost two-thirds of minimum wage workers. Most are immigrants and women of color.

Deciding to participate in the strike can be “complicated” for these women, advocates said, especially if they work low-wage jobs with unpredictable schedules, or will need childcare.

Though complex, Vogtman asserts, the dilemma illustrates just how much the American economy is “tied up with women’s work.”

The strike’s organizers have acknowledged complaints that this is a “protest of the privileged.”

“It is evident that the intersecting identities of women mean we experience widely different degrees of privilege or lack thereof,” the group said on their website. “Everyone has a role to play. Women and allies with greater privilege are called to leverage that resource for social good on March 8. However, everyone’s involvement signifies an equal commitment to the day, especially those who experience greater vulnerability to discrimination and exclusion.”

Advocates and organizers say that even if they cannot miss work, most women can still participate. Supporters are still encouraged to don red in solidarity, and refrain from shopping at businesses not owned by women to illustrate the “power of the purse,” Vogtman said.

Despite criticism, the day of protest has already garnered massive support, with thousands expected to participate.