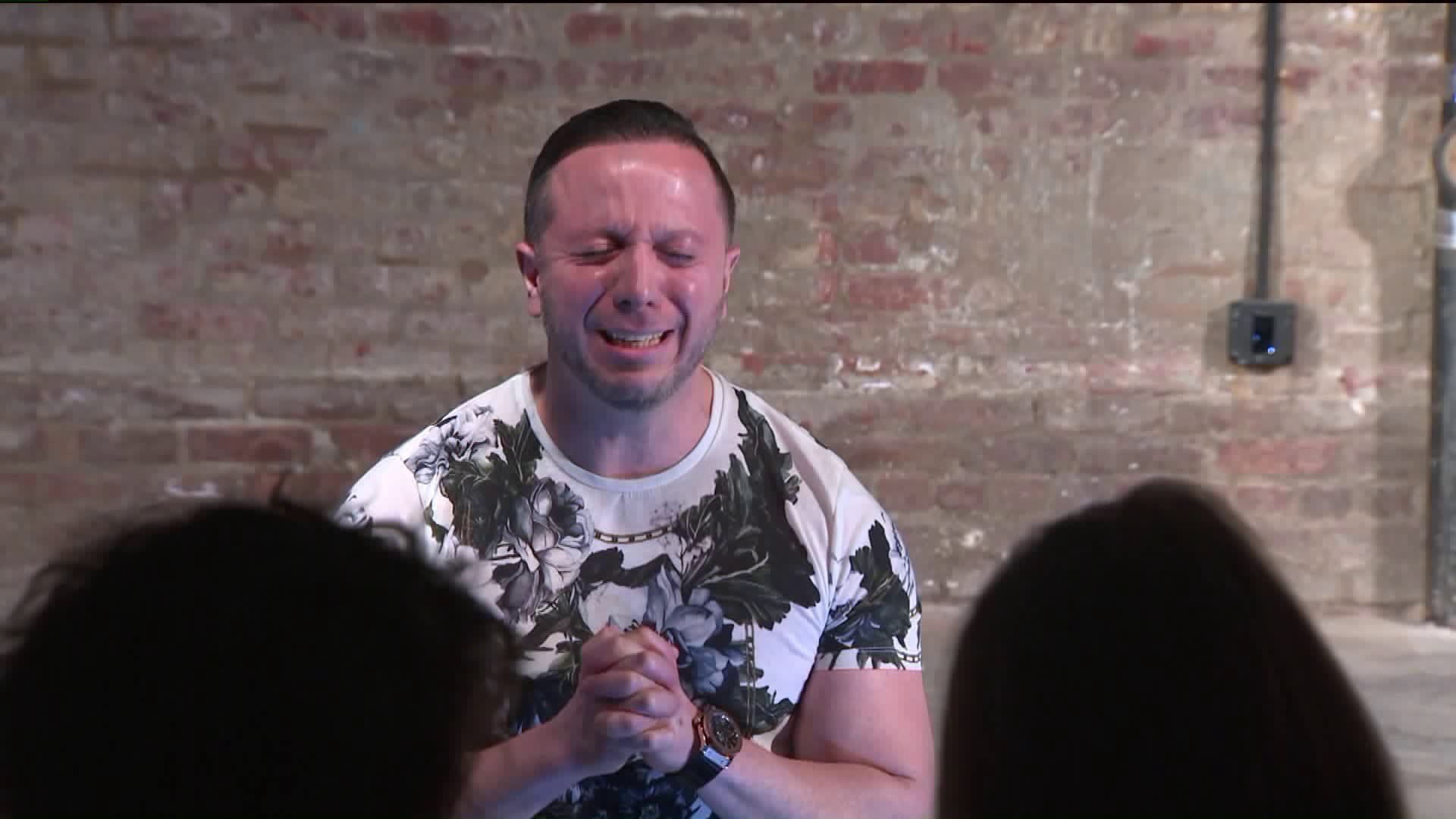 Hincapie says the play is bring awareness to wrongful convictions.

NEW YORK – In the play "Getting Close" by a group called (re)emergent theatre, all the actors on stage are recently released from prison and trying to re-enter life in New York City.

One of the actors onstage, John Hincapie, was wrongfully convicted in the killing of a Utah tourist in 1990.

Hincapie, 18 at the time, lost 25 years of his life in prison. He's since forgiven those who forced his false confession.

For this exoneratee, acting in an autobiographical play is therapeutic.

"No one really knows how to help an individual live life after all the pain," Hincapie told PIX11. "But this (acting) is a form of therapy."

The (re)emergent theatre is the brainchild of Ashley Hamilton and Clare Hammoor.

"There are a lot of great re-entry programs," Hammoor said, "but mostly about how to find a job. This is more about how to deal with stress, create a community, integrate back into your life."

Another actor explained how the program helped him.

"(Re)emergent has really anchored me since I came out after 39 years," Robert Lindsay, a musician and an actor with the theatre company, told PIX11. "And there were some rough spots and (re)emergent helped me get through them."

The performance ends with a question-and-answer session in which the actors and audience can learn more about one another.

Correction: A previous version of this story erroneously stated all of the actors were wrongfully convicted. It has since been updated with the correct information.