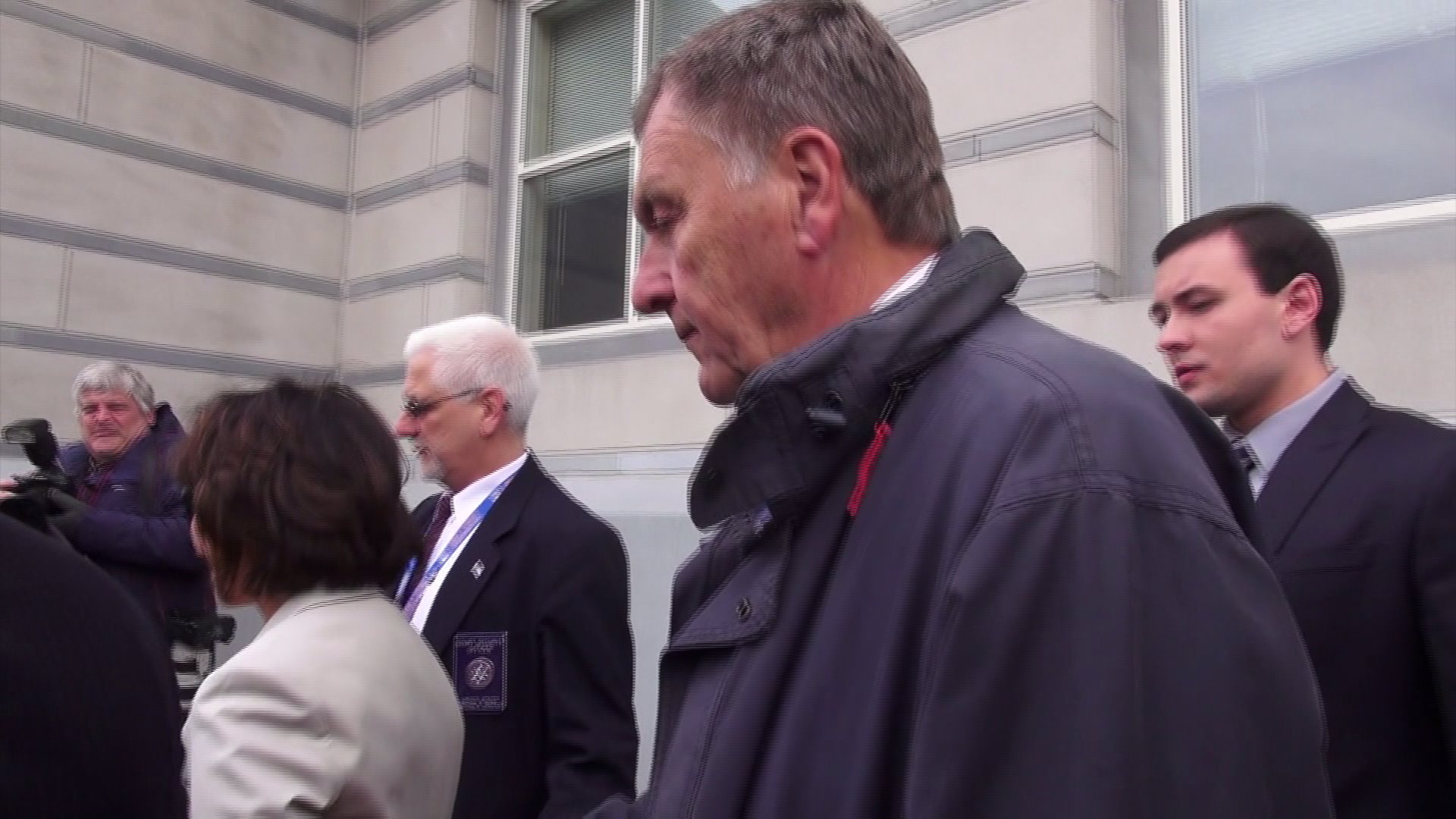 NEWARK, N.J. — David Samson, the former Chairman of the Port Authority of New York and New Jersey, was sentenced to one year of house arrest after pleading guilty to exploiting his position for in order to re-instate a money-losing, but convenient flight route from Newark Liberty International Airport to his weekend home in Columbia, South Carolina.

Samson was silent as he exited federal court in Newark today. His attorney distributed a written statement which called the sentence "fair and just."

In addition, Samson will serve four years of probation. He must pay a $100,000 fine and perform 3,600 hours of community service.

“As was recognized by the Court, David was an accomplished lawyer for over 50 years with a history of public service who made an aberrational error in judgement," read the statement. "He has expressed deep remorse for his actions and has paid a significant personal and professional price.”

In 2011, United Airlines wanted to build a new maintenance hangar at Newark Airport. Samson oversaw every airport and seaport in the region as Chairman of the Port Authority from 2011-2014. He admits to stalling the project until after the airline restored the flight route to South Carolina.

"There is some irony to the fact that the goal of the scheme, from Mr. Samson's perspective, was to make it easier for him to get to the house in South Carolina that he liked to spend his weekends at, and he’s now been sentenced to spending all of his time in that house," said U.S. Attorney for New Jersey Paul Fishman.

United Airlines cooperated with federal investigators. The airline was forced to pay a $2.25 million fine.