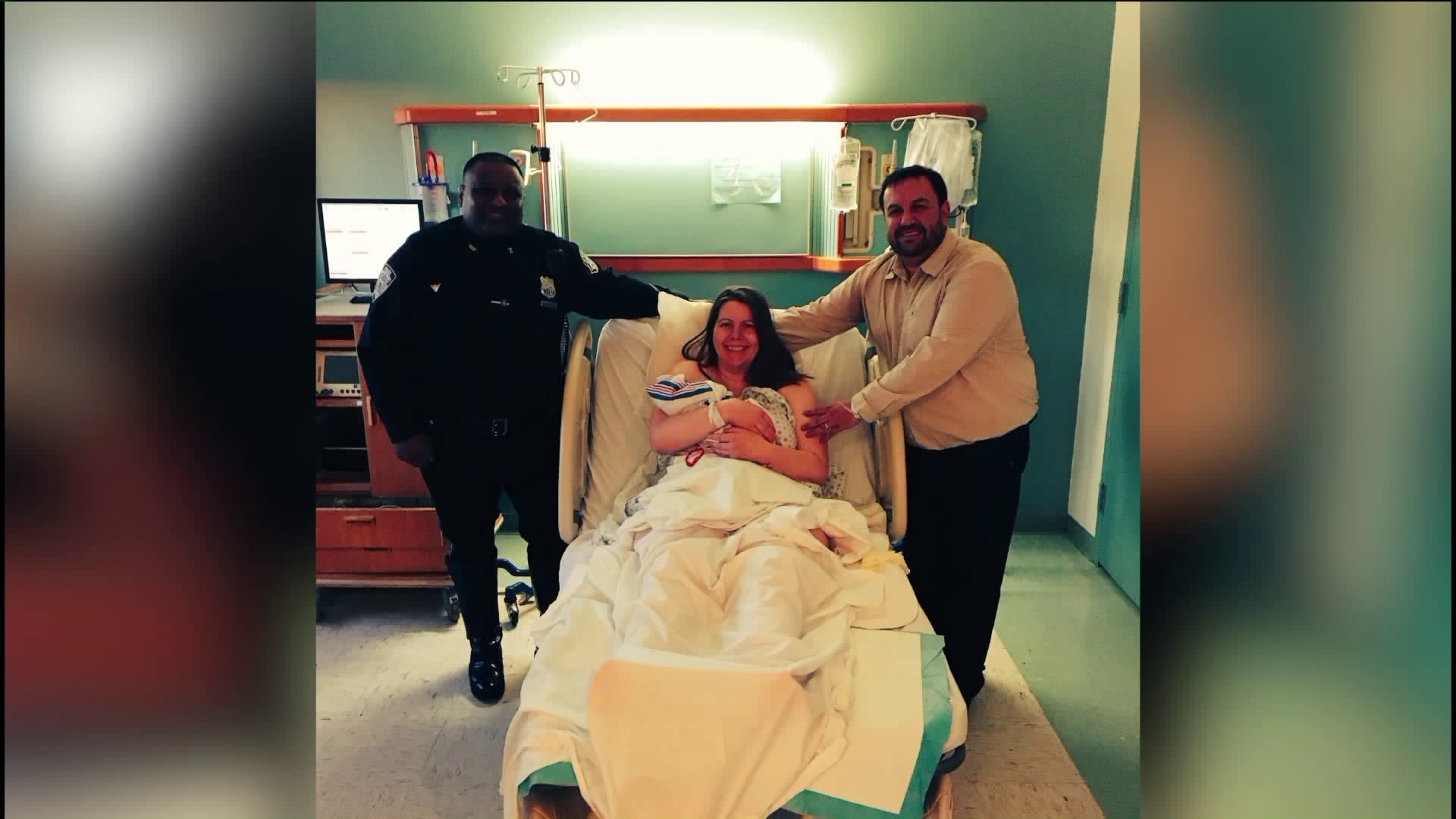 The woman was in labor and on her way to the hospital when the cab was forced to pull over.

The laboring woman was in a cab and on her way to the hospital on the Brooklyn-Queens Expressway when the driver was forced to pull over, police said.

Officer Raphael Mohammed said he arrived at the scene and saw that the baby was breaching — when the baby comes out bottom, instead of head, first.

Mohammed said he "manipulated" the baby enough for her to get some oxygen and be safely delivered.

EMS arrived at the scene and treated the baby and the mom.

The baby girl and her parents were taken to the hospital and is doing well, FDNY said.

Mohammed said he was previously an EMS, which helped him during the incident. He said he has delivered a baby while on the job, but never one that was breached.