NYPD: No evidence of vandalism at largely Jewish cemetery in Brooklyn 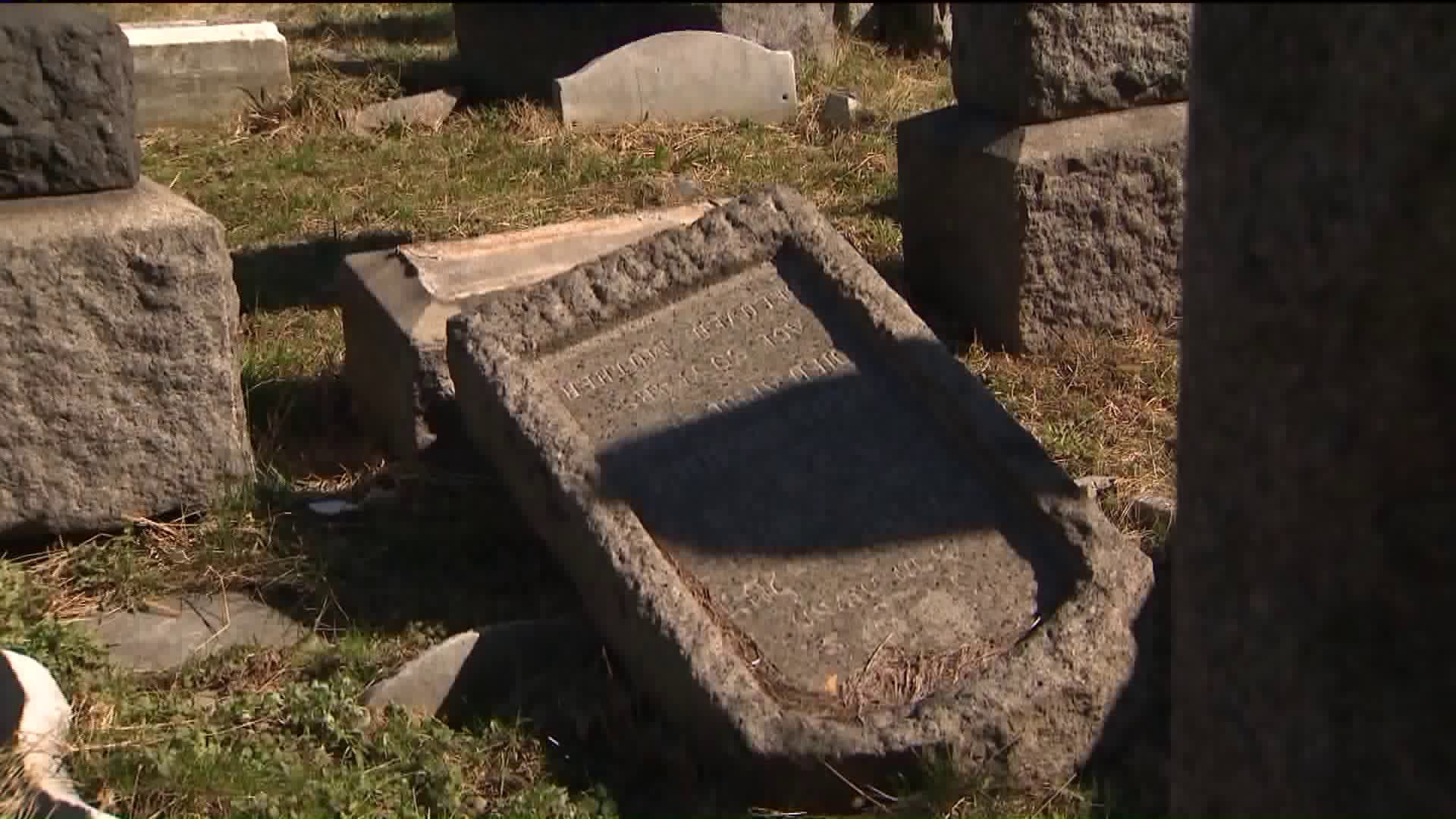 Officials say the tombstones came down because of bad maintenance and soil erosion.

MAPLETON, Brooklyn — The New York Police Department says no evidence of vandalism has been found at a predominantly Jewish cemetery where more than 40 tombstones were toppled over.

The NYPD says after consultation with the management of the Washington Cemetery, it was determined the 42 tombstones came down as a result of a number of factors. Those include long-term neglect or lack of maintenance, as well as environmental factors such as soil erosion.

Police received a call about the damage around 6:40 p.m. Saturday. A hate-crime task force was looking into whether the damage to the granite and marble tombstones at Washington Cemetery was intentional.

The damage came amid a series of bomb threats and vandalism targeting Jewish institutions, including cemeteries, schools and community centers.

. @BPShomrim alerted me that stones @ Washington Cemetery are down. I’ve spoken w/ the NYPD who are investigating. I'll be there in the am. pic.twitter.com/j3wHa1dzEp

New York Gov. Andrew Cuomo will launch a statewide investigation of the vandalism at the Waad Hakolel Cemetery in Rochester, New York, and the overall rise in crimes targeting Jewish organizations throughout the state.

Members of the Muslim community in St. Louis have started a fundraising effort to help pay for the toppled headstones to be repaired.

Since the start of the year, four mosques have gone up in flames, according to the Council of American-Islamic Relations, which documented 139 incidents of "damage/destruction/vandalism" at mosques in 2016 — the most since record-keeping started in 2009.