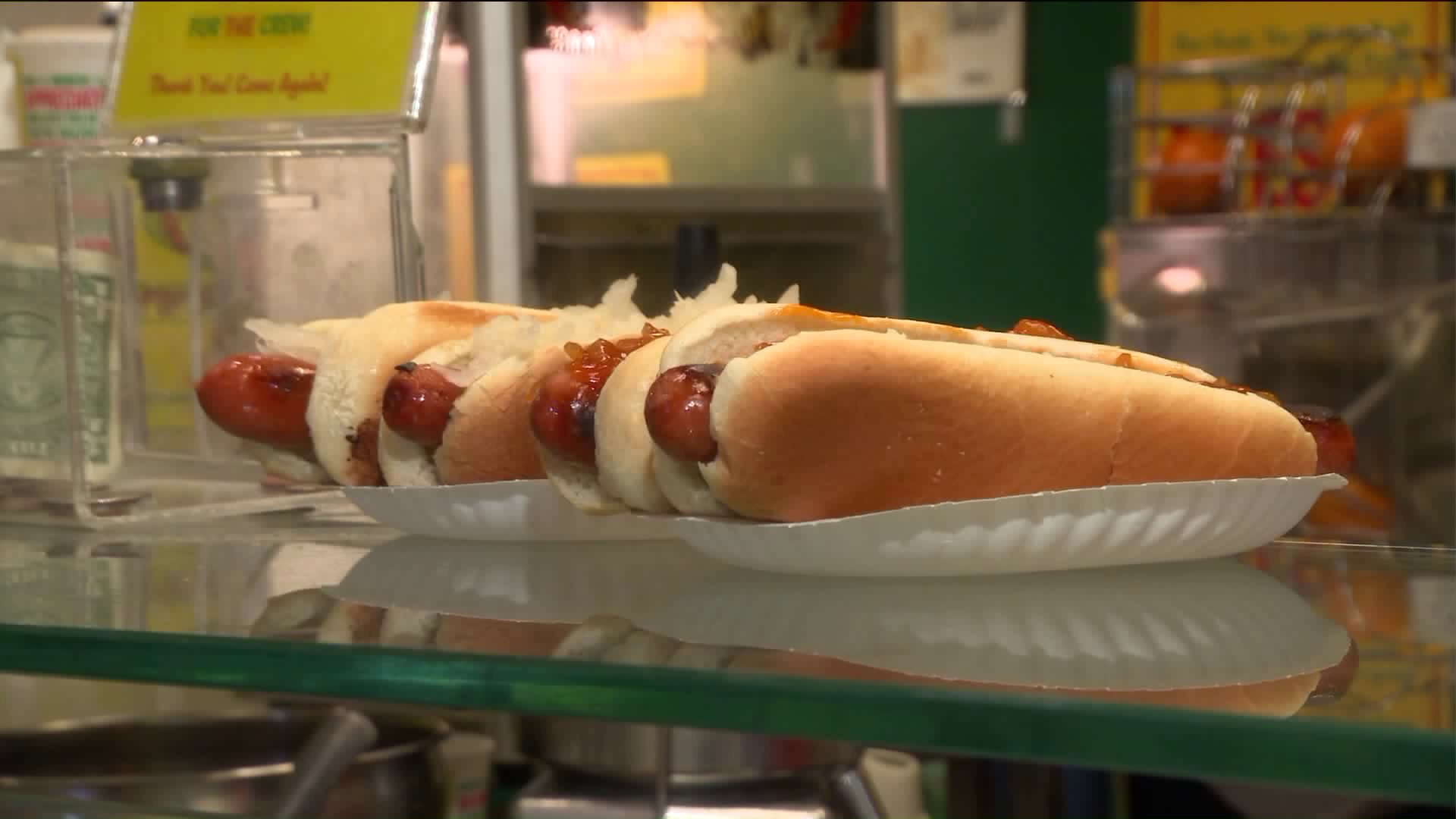 The Upper East Side location has been there since 1932.

UPPER EAST SIDE, Manhattan — Loyal fans flocked to the Papaya King in Upper East Side Friday and Saturday to celebrate the joint's 85th birthday.

That Papaya King location has been occupying the northwest corner of 86th Street and Third Avenue since 1932.

Even though the 32-cent special dogs and papaya drink anniversary discount ended at 6 p.m. Saturday, customers were still packing the joint well after dark.

"They were cutting edge way back," Linda Yip, who said she has been going to Papaya King for more than 50 years, told PIX11 News. "They were making smoothies with fresh fruit way before other people."

Papaya King was started back in 1932 by Greek immigrant Gus Poulos who had vacationed in Cuba and fell in love with papaya.

And ever since then, so have real New Yorkers.

"We've been going to Papaya King for so long," Cheryl Cottrol, a mother of two, said. "My mother took me and now I take them," pointing to Angel, 9, and Chris, 6, who both love the hot dogs.

We even found a loyal viewer of PIX11 who loves Papaya King almost as much as he loves PIX11's Kaity Tong.

"Kaity Tong and Channel 11 told me about the 85th anniversary and the 32-cent hot dogs and I had to come," Raul Ocasio said.