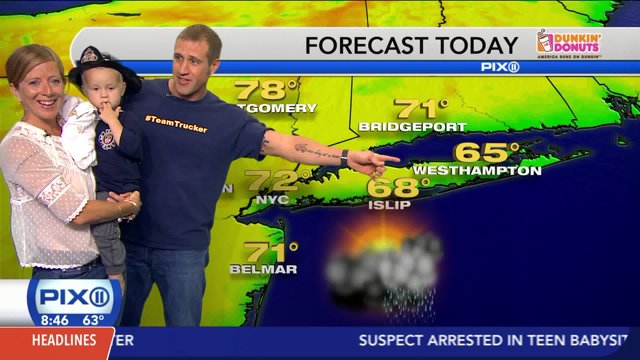 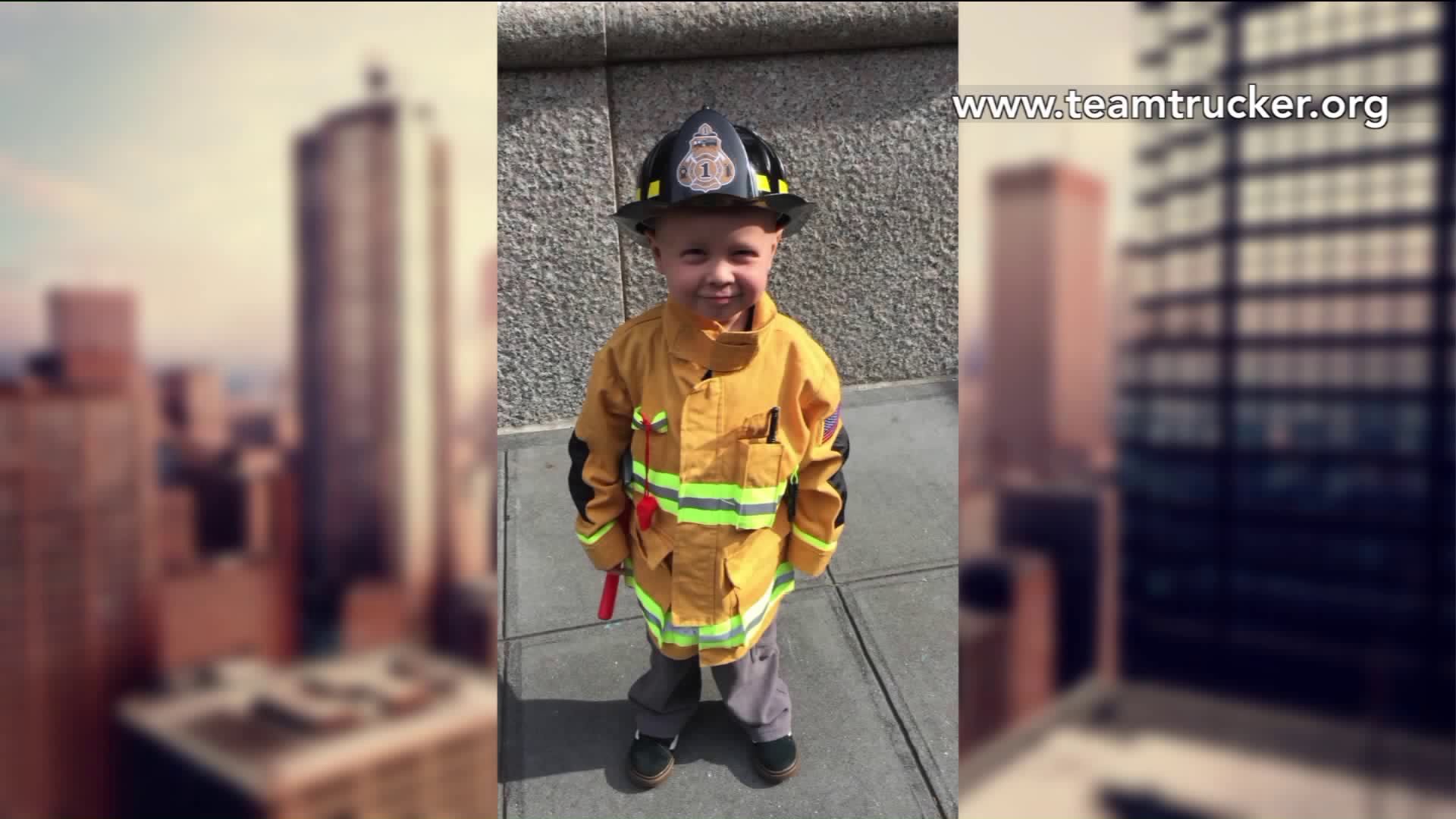 NEW YORK — Trucker Dukes, 3, who battled childhood cancer and inspired thousands across social media, died Friday, according to a statement posted to his family's Facebook page.

Trucker, who was diagnosed with Stage IV neuroblastoma, was named FDNY firefighter for a day last June in New York City.

Trucker passed away Friday morning in his mother's arms. His family said they will honor him by being better dads, moms, siblings, husbands, wives, wives and people of God.

At 10:10 am on March 3, 2017, in his mamma's arms, Trucker took his last breath here and went home to be with Jesus.💔💔💔
We prayed that his passing (and I say passing because we have hope of seeing him again in Heaven) would be peaceful, not painful and with ohana there.
Our God answered this prayer.
We are going to honor him and live our lives as better dads, moms, siblings, husbands, wives and people of God. We love you little warrior. Run free in heaven with no pain, no tears, no suffering!! #TeamTrucker #TruckerTough #LoveBeatsCancer" Joshua Dukes, Trucker's dad. Photo taken in mid-February in their home on Maui. Ua Dukes Shauna Dukes