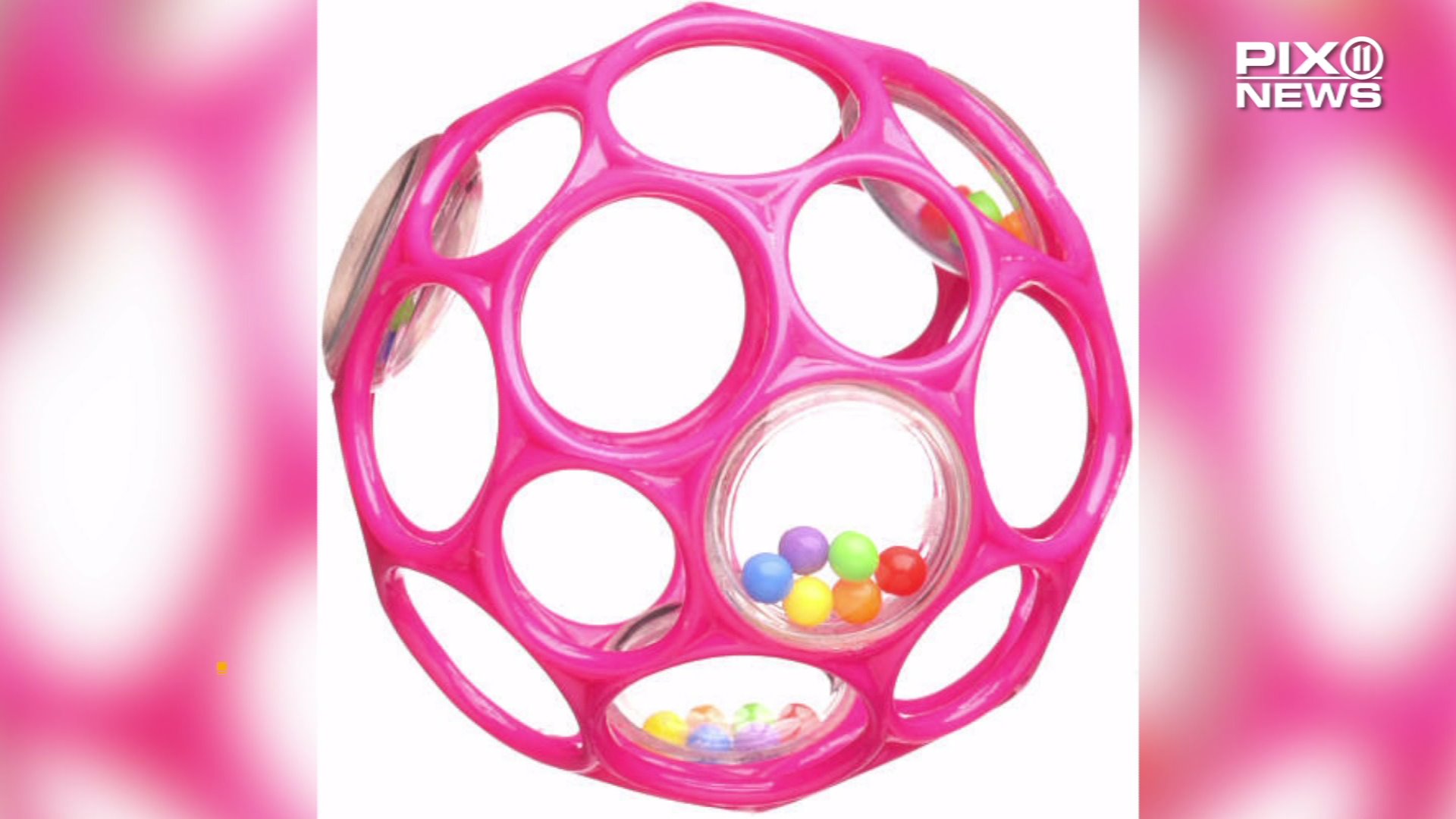 NEW YORK — More than half a million rattles are being recalled because a bead-filled disc could break, releasing tiny plastic pieces that pose a choking hazard for young children.

Some 680,000 Oball Rattles sold in the U.S. are recalled; another 17,000 were sold in Canada, according to the Consumer Product Safety Commission.

Pink, blue, green and orange Oball Rattles are involved in the recall. They have 28 finger holes and measure about 4 inches in diameter. Embedded in the rattles are clear plastic discs filled with small plastic beads and discs.

There have been 42 reports of the plastic discs breaking, releasing smalls beads. Those beads were found in the mouths of two children and caused three other children to gag, the CPSC said.

Anyone who has these recalled rattles in their home is told to take them away from kids immediately and contact the maker for a full refund by calling 877-243-7314 or clicking here to go to the company's website.

The rattles were sold for between $5 and $7 from January 2016 through February 2017 at Target, Walgreens, Walmart and othe retailers nationwide. They were also sold online at Amazon.com, Babyhaven.com, Disapers.com, ToysRUs.com, Walgreens.com and other sites.