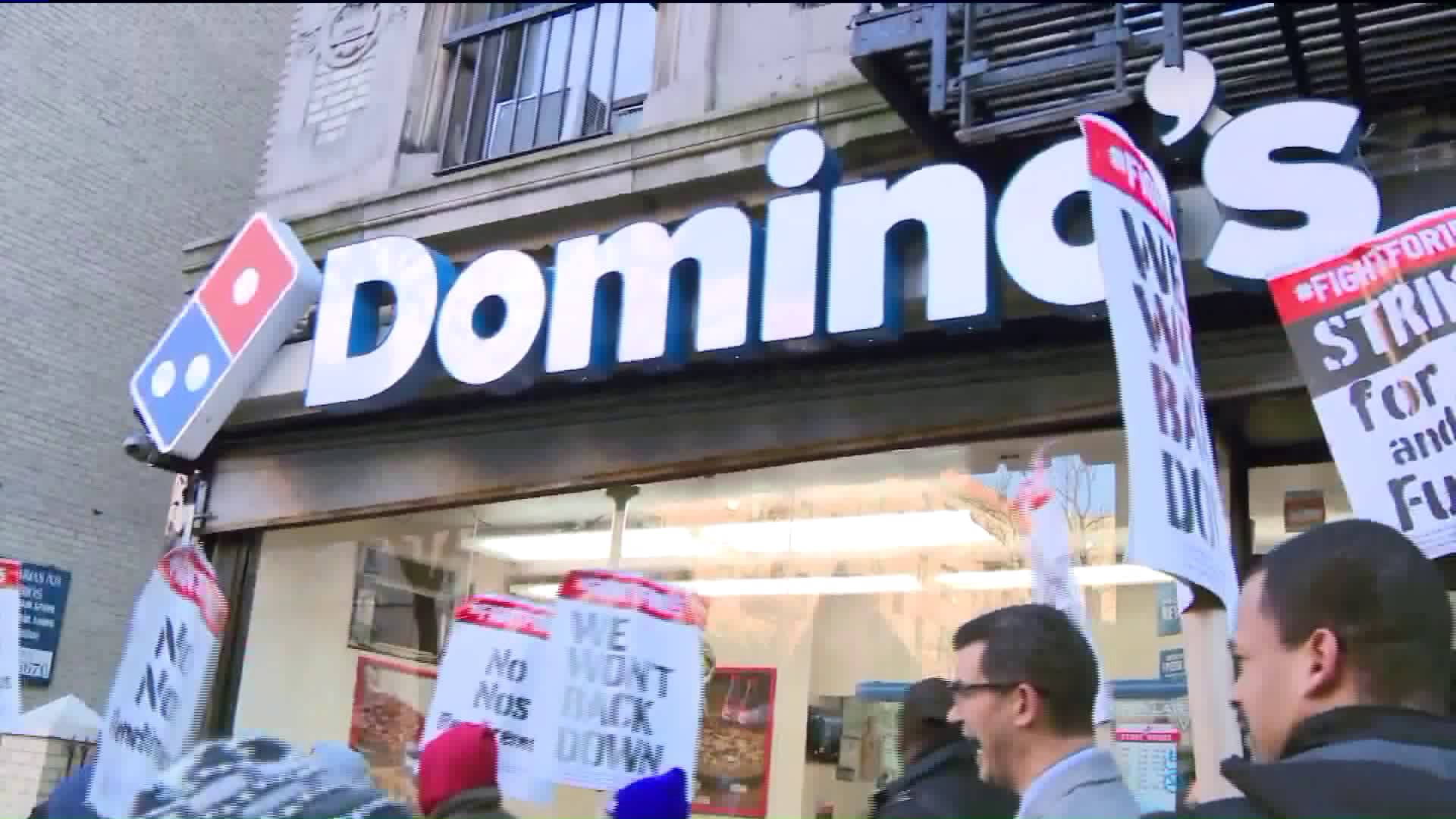 The workers say their work schedule is unpredictable.

WASHINGTON HEIGHTS - Domino’s employees held a rally outside a Domino’s shop in Washington Heights late Friday afternoon, calling for an end to what they describe as unfair scheduling practices.

He works at the Domino’s at 181st Street and Fort Washington Avenue. Sanchez and dozens of fellow employees of fast-food establishments say they’re taking on corporate giants like Domino’s. They chanted and held signs that say “We won’t back down!” and “No justice, no pizza!”

Speaking through a translator, Sanchez told PIX11 “Don’t be afraid, speak up, we are not asking for anything more than what we deserve.”

They’re fighting back on things like the cutting of their work hours last minute and being sent home early spur of the moment. They argue it makes it impossible to plan their lives or know how much money they’ll take home in their paychecks each week.

“The message I want to send is we won’t back down. We cannot be stopped, we will not stop till we get our rightful amount of hours,” said Harmony Higgins.

The rally comes on the same day fast-food workers testified before the City Council Labor Committee hearing on proposed legislation that would set requirements for employers.

A series of bills has been introduced – among other things, the proposed legislation would:

One of the sponsors of the legislation, District 10 Council Member Ydanis Rodriguez, participated in the rally.

“Workers have a right to know their schedules, they should know how many hours and make money to support families.
We will be able to pass this bill, we will be able to see victory not only on the city level, but throughout the nation,” said Rodriguez.

Sanchez also says they’ve been retaliated against for speaking out. The legislation would affect approximately tens of thousands of fast-food workers.

"While the restrictive scheduling package being pushed though the City Council is well intended, it will have several negative effects on the food service industry in New York City. For many employees, one of the appeals to working in the food service industry is the flexibility. This package unfairly restricts both the employer and employee in scheduling the work week that fits best for them."

PIX11 also reached out to Domino’s corporate offices, we have not heard back.