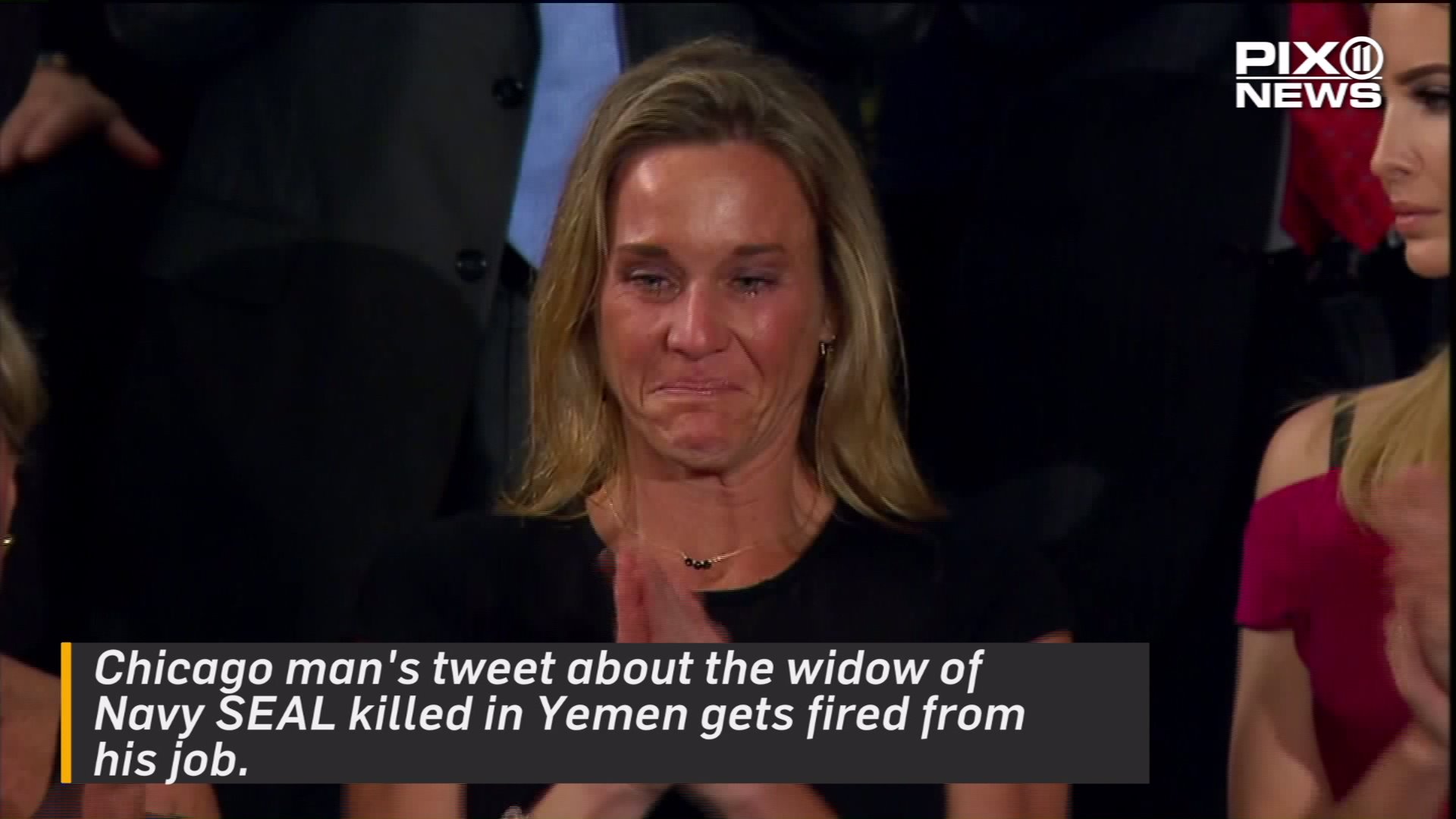 Grilo quickly deleted it, but not before it was archived and retweeted by Trump`s son, Donald Trump Jr.

WASHINGTON — It was a much-talked about moment during President Donald Trump's first address to a joint session of Congress: Trump paused to acknowledge Carryn Owens, whose husband Navy SEAL William Ryan Owens was killed during a January raid in an Al Qaeda stronghold in Yemen.

The raid has stirred controversy after it was executed by the president one week after he took office. The raid had been deemed too risky by the previous administration.

The two-minute round of applause and standing ovation became emotional for Owens.

Countless viewers tweeted about it, including Dan Grilo.

"Sorry Owen's wife. You're not helping yourself or your husband's memory by standing there and clapping like an idiot. Trump just used you," he wrote.

Grilo quickly deleted it, but not before it was archived and retweeted by the president's son Donald Trump Jr.

Despite his apologies, the Chicago business consultant's tweet seems to have cost him his job at Liberty Advisor Group. The group released a statement saying he was no longer working with the company.