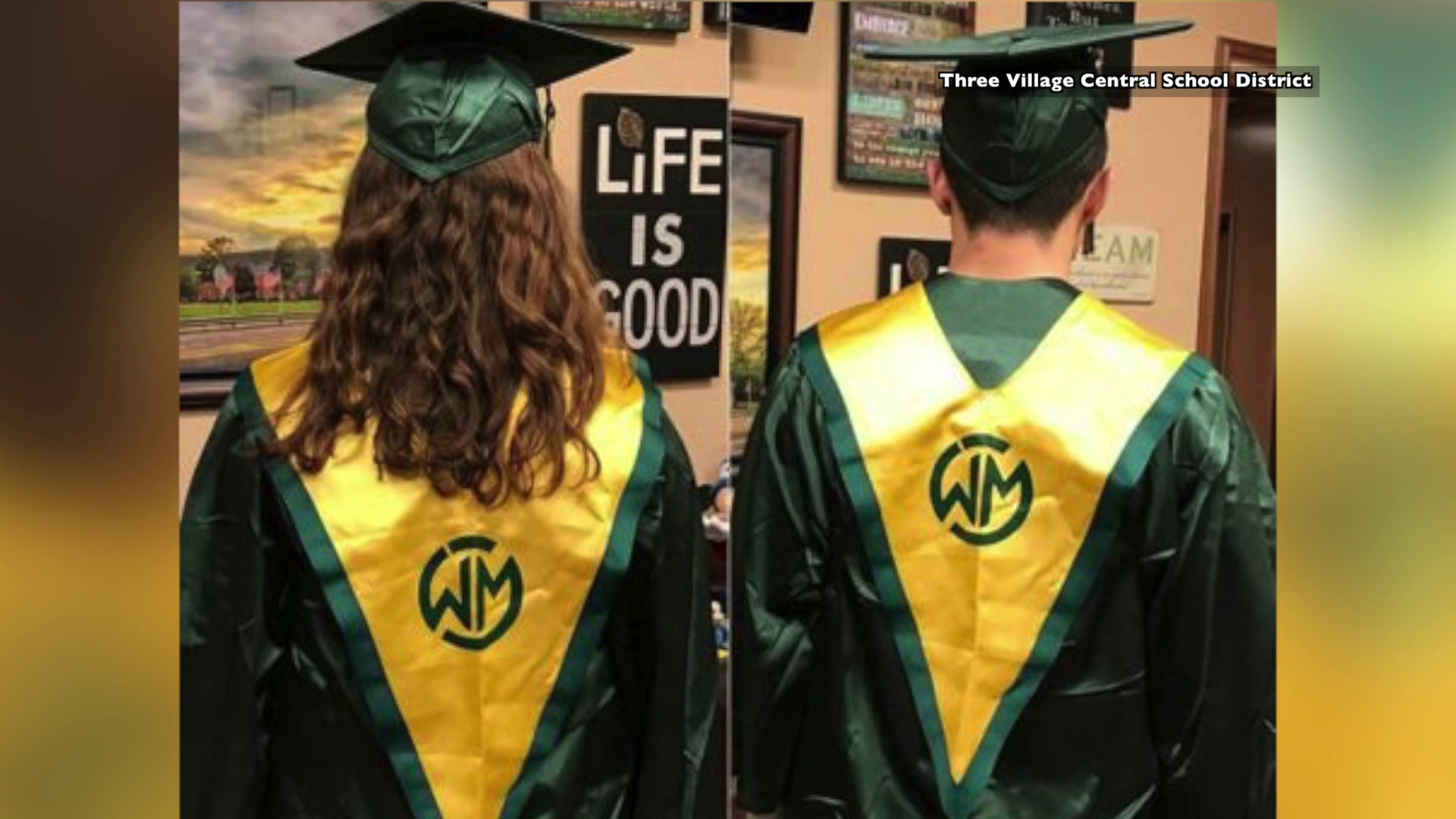 In a letter from the principal, the change was called "a more inclusive practice."

But starting this year, for the 585 graduating seniors, all students, male and female, and a handful of transgender students will wear the same green gown with a gold stole.

In a letter from the principal, the change was called "a more inclusive practice."

"Let's make Ward Melville great again," could be heard in a video on Twitter as more than 100 students at the high school in East Setauket walked out of class this week in protest.

There have been two petitions, pro and con, and lots of angry chatter on social media.

"People are really mad because they are changing tradition and nobody told us about it," Jessica Bromberger, a senior, told PIX11.

"What is going on is they're taking away the ability of gender identity," Kevin Gironda, Max's father, told PIX11. "Now everyone is wearing the same color for the wrong reason."

But the head of the New York LGBT network is hoping other high schools will follow suit.

"What it does is promote is inclusiveness and safety," David Kilmnick, executive chief of NY LGBT network." Graduation is a time of celebration, students shouldn't be facing harassment and violence."

But still, many students are concerned since they posed for pictures last year in their graduating gowns and they are not sure they can now get a refund for new pictures with new gowns.