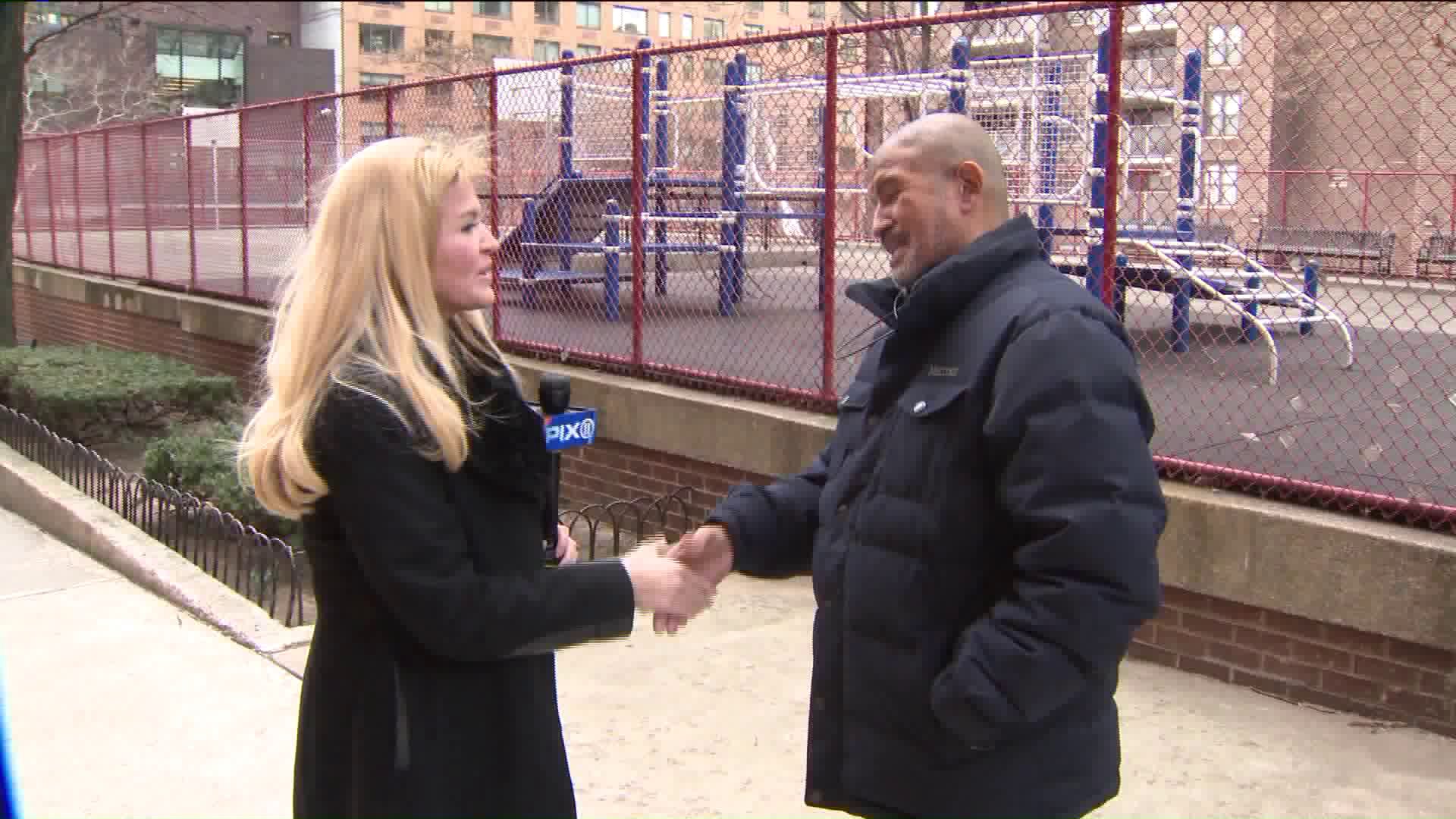 NEW YORK — Bronx native Sgt. Hector Cedeno, 40, is on his fourth tour of duty at Ft. Stewart in Georgia. While his mind is on combat, his heart is with his disabled parents in the Bronx.

"I worry about them everyday. Their apartment is a fifth floor walk-up and not safe," said Cedeno.

After our PIX11 News stepped in, Cedeno's super promised to make repairs.

Housing Preservation and Development, is offering the family an emergency transfer.

Borough Bronx President Ruben Diaz Jr. is personally stepping in. Veteran Affairs is looking into resources for this family.

If you want to help this family, visit  https://www.gofundme.com/cedeno-military-family-fund .

Amber Batchler, the Director of Ladies Who Hoop , a non-profit organization that helps women excel in basketball, and she says children in her Upper West Side neighborhood can't play.

A court on 91st and Amsterdam Avenue needs a major makeover.

"This court deserves a little bit of love and it's just sitting here. It's not getting any use and it's a travesty," said Batchler.

There are cracks, sinkholes, and craters all over the court, and only one basket.

Batchelor says it been in terrible condition for almost two years.

"We are fighting and we need you as back-up," said Ernesto Carrera, the Tenant Association President of Wise Towers.

PIX11 News reached out to the Housing Authority about the conditions of he court.

A spokesperson says NYCHA will be starting improvements to park as early as next month, and the court will be fixed by next year.

Jenean Nelson lives at the Hammel houses in Far Rockaway.

She says for a year she has been fighting the Housing Authority for repairs to her bathroom.

"I can talk to my neighbor through the wall. It's that bad," said Nelson.

In her bathroom, gapping holes over the toilet and in her shower.

"I put requests in everyday, and nothing. I need a plumber," said Nelson.

PIX11 reached out to the New York City Housing Authority and they released this statement.

"Every NYCHA resident deserves to live in a well maintained home and this delay is simply unacceptable. Repairs are scheduled for tomorrow.”

NYCHA sent workers to her home, and repairs have begun.

Gary Bromberg is a retired traffic enforcement agent who lives in Sheepshead Bay, says he is fighting the City he used to work for.

"I was denied a renewal to my Handicap parking permit. I have all the paperwork. I've been waiting month after month. It's ridiculous," said Bromberg.

He worked the streets of Brooklyn for 32 years and feels disrespected by the very City he served.

A spokesperson for the DOH says they are looking into his case.

PIX11News will stay on his story.