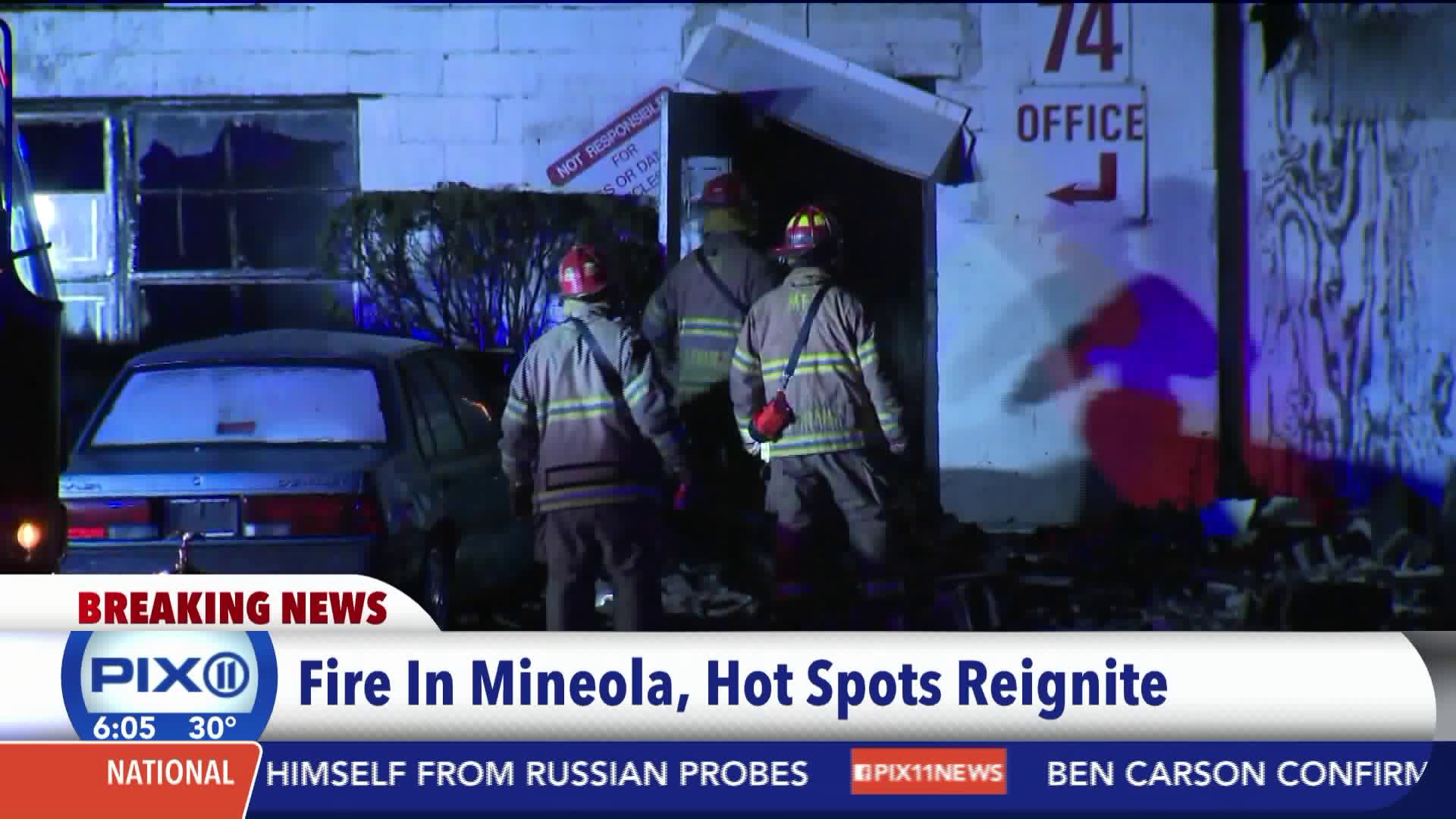 Nassau County's arson/bomb squad responded to K's Auto Repair on Willis Avenue around 11:30 p.m. When firefighters arrived, they found the building completely engulfed in flames. The edifice, which was unoccupied, collapsed due to the blaze.

Meanwhile in Mineola @News12LI before the rear wall collapsed onto the LIRR tracks pic.twitter.com/UIKAMv4lAw

Officials say six fire departments with over 200 firefighters to battle the fire.

As fire crews worked to put out the flames, service was shut down in both directions of the LIRR in Mineola, Ronkonkoma and Oyster Bay.

There was no damage to tracks and service was restored before the morning rush.